Summer is as good a time as any to catch up on your queue. Here are 10 series streaming on Netflix Canada that are in contention for year-end glory 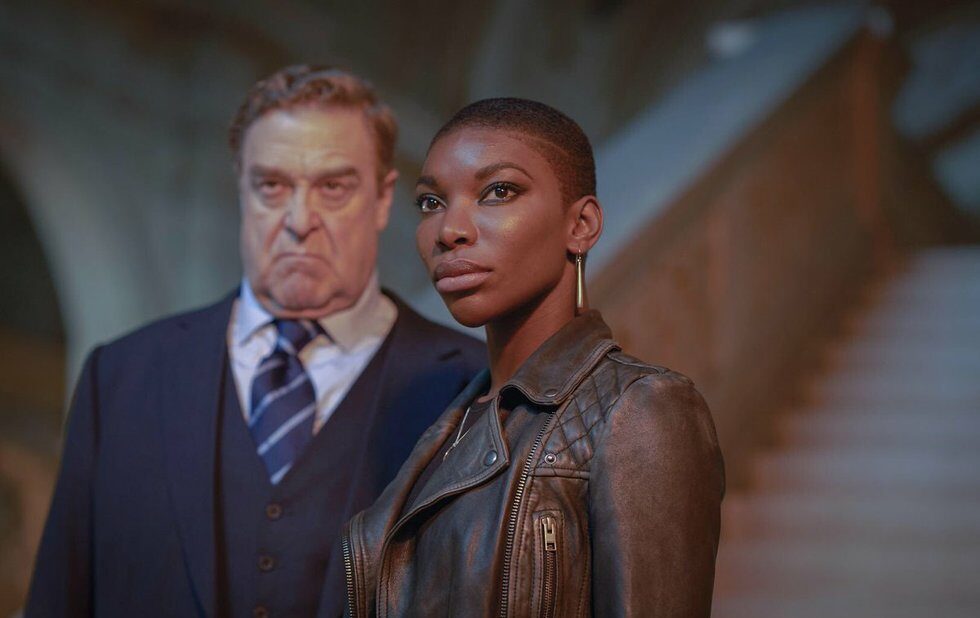 This ambitious BBC miniseries from writer/director Hugo Blick (Sensitive Skin, The Honourable Woman) is a sprawling drama about genocide, family, the West’s relationship to Africa and the mythology of heroism in war, all filtered through the perspective of Kate Ashby (Michaela Coel), a Rwandan-born Englishwoman forced to come to terms with her dual heritage while investigating a criminal case that dates back to the genocide of 1994. Coel, who wrote and starred in the terrific comedy series Chewing Gum (also streaming on Netflix), turns out to be a deft dramatic player, easily holding her own against John Goodman as Kate’s exhausted American mentor. Read our full review here. 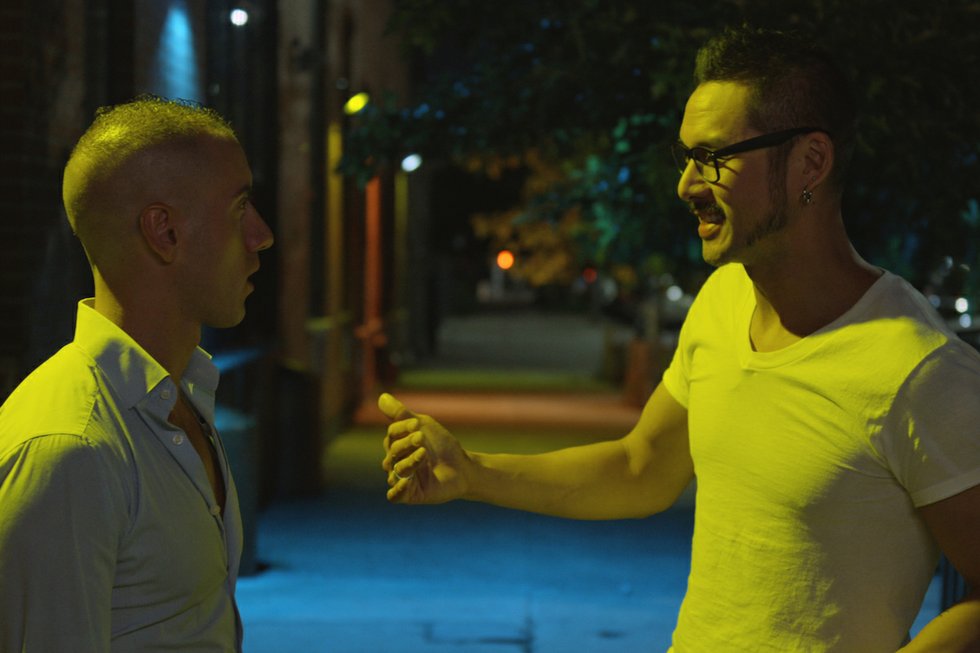 Blind date shows have been around way before reality TV became a thing, but they’ve never been as gorgeously filmed, nor as cleverly edited, as Dating Around. The premise of the six-episode, New York-based show is that one subject goes on five blind dates only one of the five gets a second date. The viewer has to figure out, through body language and good ol’ emotional intelligence, who that lucky second date recipient will be. The show’s great stylistic innovation is that the subject wears the same outfit and takes the others to the same places for their date, meaning editing can be smooth and seamless. So when the subject asks one date a question, another date might reply. The result is a highly watchable, entertaining look at contemporary singleton life. While there’s cultural and sexual diversity in the show, there’s also an attempt at age diversity, too, with one lovely episode focusing on Leonard, a charming 70-year-old widower. 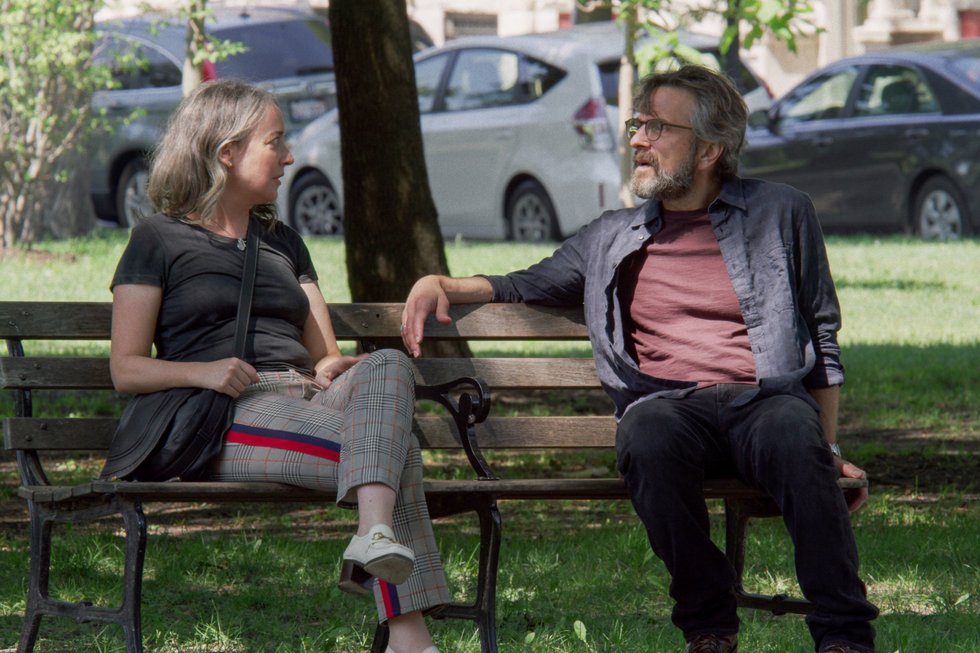 The cancellation of filmmaker Joe Swanberg’s Chicago-set anthology series is one of the sadder small-screen farewells of the year. Fortunately, Easy went out with its best season yet. Many episodes touch on the ways technology can be both liberating and intimidating, and what happens when principled stands run up against financial – and emotional – realities. One of the highlights is the  ever-evolving open marriage of Andi (Elizabeth Reaser) and Kyle (Michael Chernus), whose epic 20-minute conversation in a bar becomes the centrepiece of season three while encapsulating everything that’s brilliant about Swanberg’s writing and filmmaking. He’s able to create so much tension and stakes just in the way he films his characters listening to each other. Read our full review here. 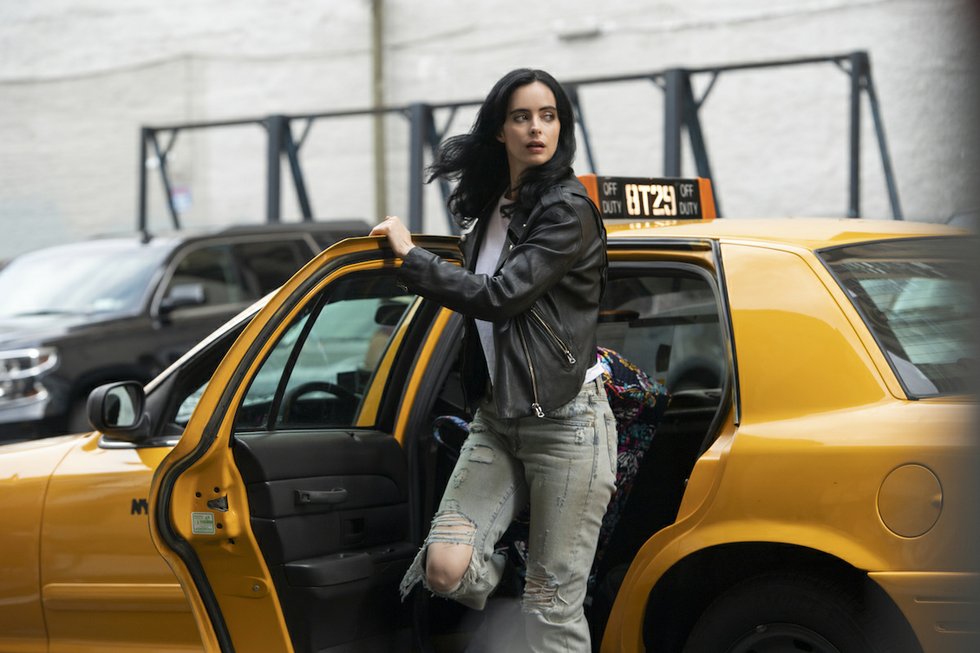 It seemed pretty cold when Netflix announced the cancellation of its last remaining Marvel series months before the final season was due to drop – especially since it’s the best thing the partnership ever produced. Showrunner Melissa Rosenberg built a noir-inflected drama about a super-powered private eye who drowns her self-loathing in bourbon, sex and sarcasm, but still forces herself to help the people who need it the most. The series is also a powerful examination of repression and trauma, with Krysten Ritter giving a genuinely moving performance as a woman reclaiming her literal power after spending months under the thrall of a mind-controlling monster (David Tennant, the primary villain for the first season). Also, her best friend, Patsy Walker (Rachael Taylor), has some arcs of her own. Read our full review here. 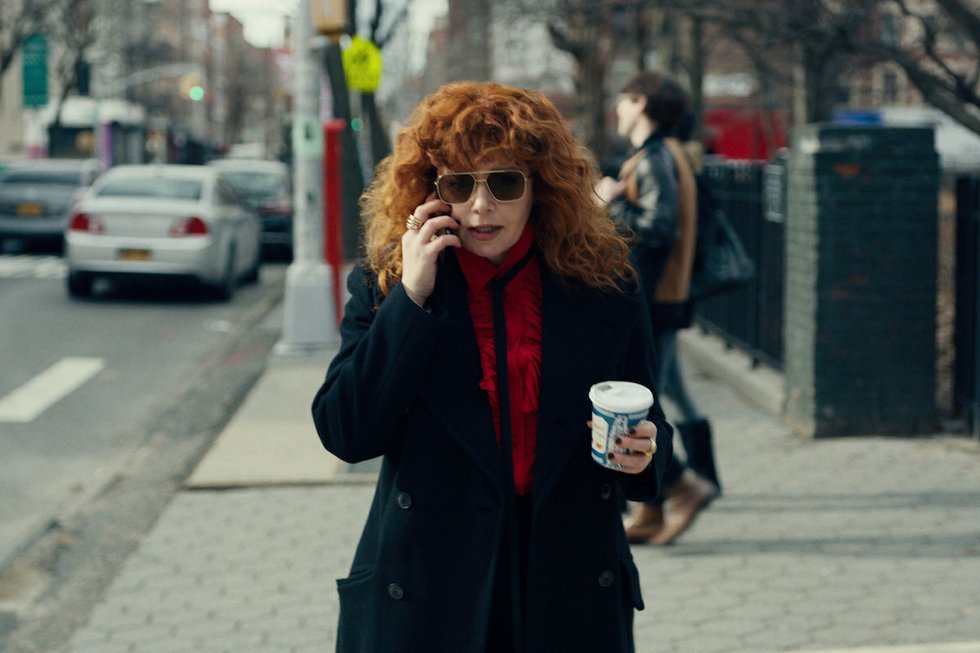 In our polarized political environment, this high-concept series starring Natasha Lyonne (hilariously playing to type) as a cynical, hard-partying New Yorker forced to relive her 36th birthday over and over challenges viewers to look beyond themselves and find empathy. But what’s so great about Russian Doll is that it does that by allowing characters to be complex, contradictory and even unsympathetic. As the Groundhog Dayesque conceit forces Lyonne’s character to really examine what she wants out of life, the show – co-created by Lyonne, Leslye Headland and Amy Poehler – deftly unravels the casual bias society has for women who don’t conform to rote concepts of normalcy. Read our full review here. 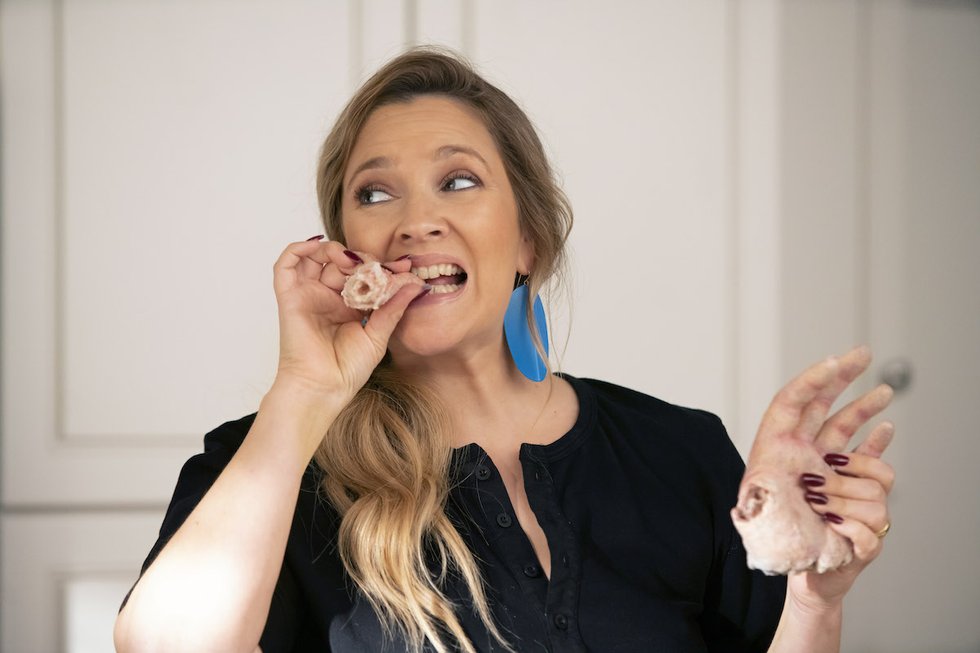 Netflix cancelled Victor Fresco’s gruesome domestic comedy shortly after its third season dropped, leaving the story of cheerfully zombified California realtor Sheila Hammond (Drew Barrymore) and her committed but barely coping husband, Joel (Timothy Olyphant), frustratingly unfinished. But you can still enjoy the hell out of every episode, with its over-the-top but somehow emotionally grounded performances and Fresco’s delight in heaping one complication after another onto the Hammonds – and their teenage daughter, Abby (Liv Hewson) – as they do their best to maintain normal lives while also taking time to stalk and kill bad people so Sheila can feed. Read our full review here. 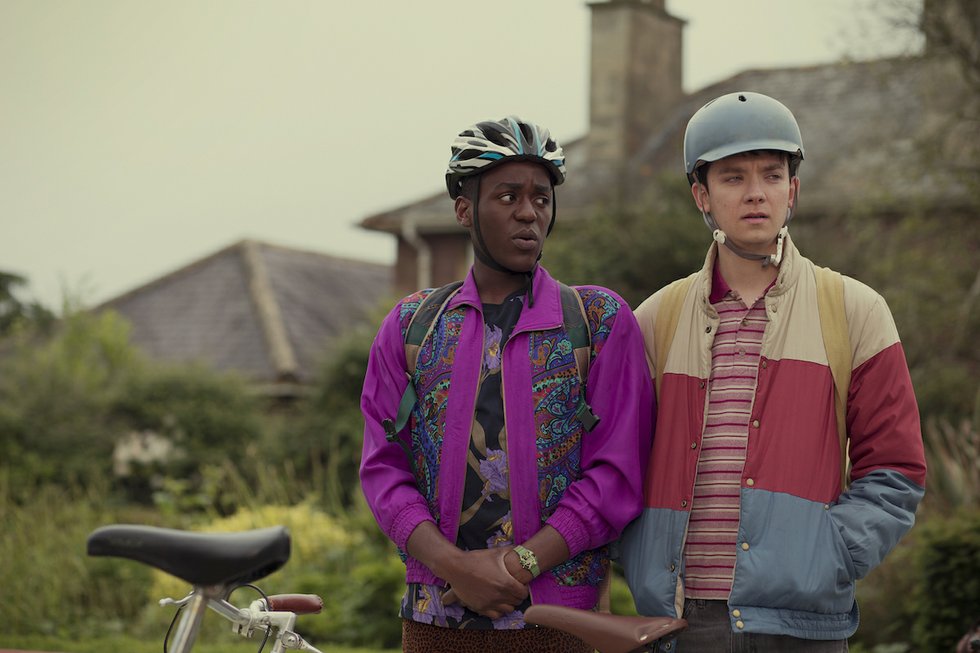 Laurie Nunn’s smart, sharp comedy – set in present-day Wales but designed with a retro look that evokes 80s American teen movies – stars Asa Butterfield as Otis, a 16-year-old virgin who’s absorbed a wealth of literal carnal knowledge as the son of a sex therapist (Gillian Anderson) – which his wily classmate Maeve (Emma Mackey) monetizes by pimping him out as an unlicensed advisor to the overstimulated but under-prepared student body. Sex Education is a smart, unapologetically raunchy show about high school that gets more interesting once it starts to edge beyond its premise and fill in the details of its characters’ lives. Everyone gets to be a little richer and more defined than you’d initially expect – especially Anderson, who’s having a ball, and Aimee Lou Wood, a stage actor making her screen debut in a delightful comic role as an increasingly conflicted mean girl. Read our full review here. 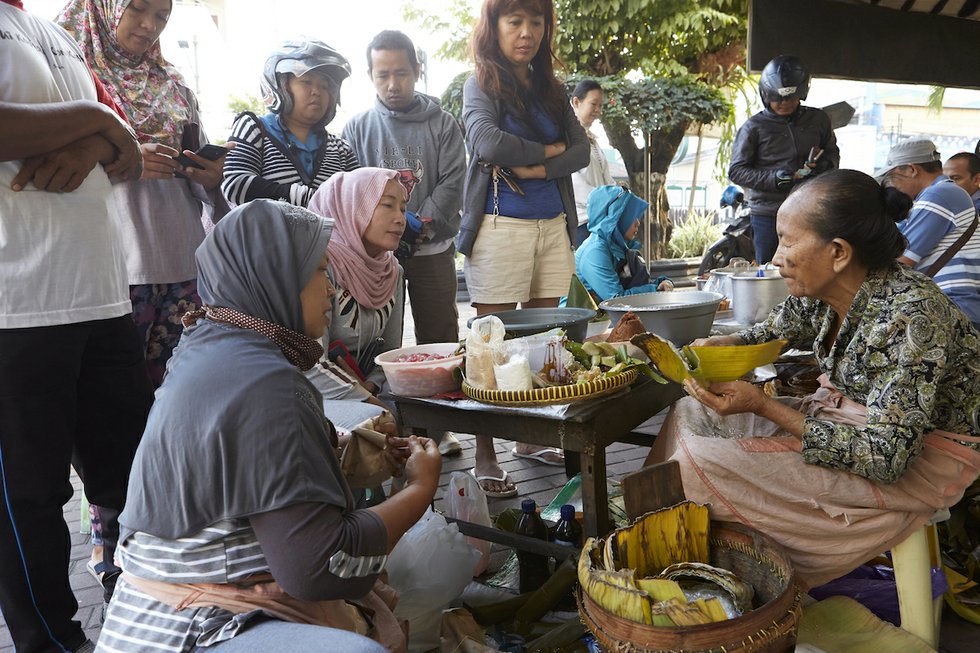 Chef’s Table creators David Gelb and Brian McGinn give their familiar slo-mo food porn treatment to street food vendors across Asia, but what this nine-episode doc series lacks in visual invention it makes up for with captivating characters. Whereas Chef’s Table profiles high-end chefs, Street Food turns the spotlight primarily on working-class women who have come through personal and financial hardship with a clear sense of purpose and passion for what they do. The show is most fascinating when it follows each business owner, step-by-step through the meticulous (and sometimes lengthy) preparation and cooking processes, which in turn reflect the traditional-versus-modern theme that runs through the series. It’s about so much more than food: Street Food says as much about gentrification and aging as it does about cuisine. 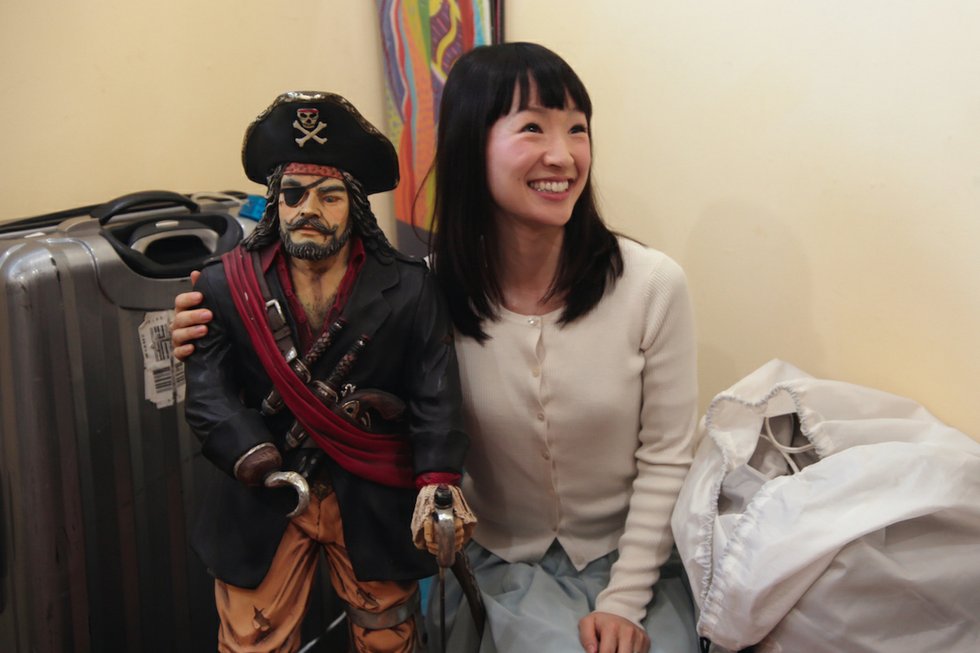 Tidying Up With Marie Kondo

You know a Netflix personality has achieved peak celebrity when she’s on the red carpet at the Oscars. That happened last February to Japanese efficiency guru Kondo, whose series has made everyone reconsider their closets, drawers and what sparks joy in their lives. Except for the first episode, which features the most annoying couple on the planet, the eight-episode series is inclusive (lots of POCs and queers), funny and frequently tear-inducing. The petite, sweater-set loving Kondo (and her tireless translator, Marie Iida) comes across as genuinely empathetic. And her respectful, Shinto-based approach to every item, as well as her quiet blessing for each home, serves as a nice antidote to the current divisive moment we’re living in. 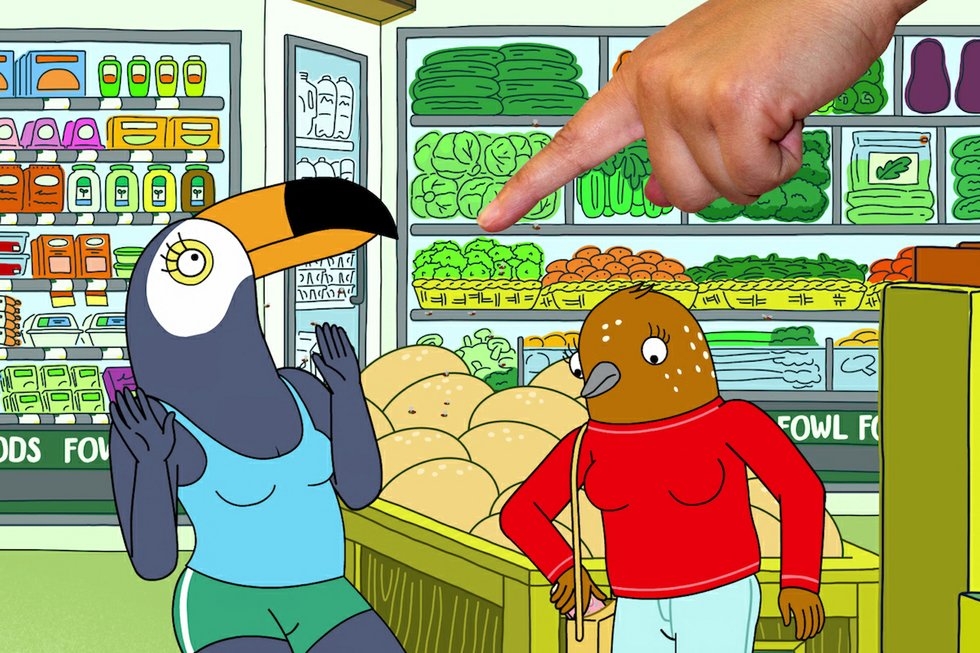 Created and designed by Lisa Hanawalt, who designed the talking-animal characters for Raphael Bob-Waksberg’s devastating BoJack Horseman, this delightful animated sitcom about two bird-woman BFFs – extrovert Tuca (Tiffany Haddish) and neurotic Bertie (Ali Wong) – pitched itself as a lighter, looser show but wound up being just as insightful and cutting as its predecessor: Bertie struggles with impostor syndrome, workplace harassment and trust issues with her live-in boyfriend, Speckle (Steven Yeun), while the freewheeling Tuca, newly sober after years of self-destructive partying, tries to straighten out her messy life and figure out adulthood. Also, there are many, many jokes about architecture and baking. 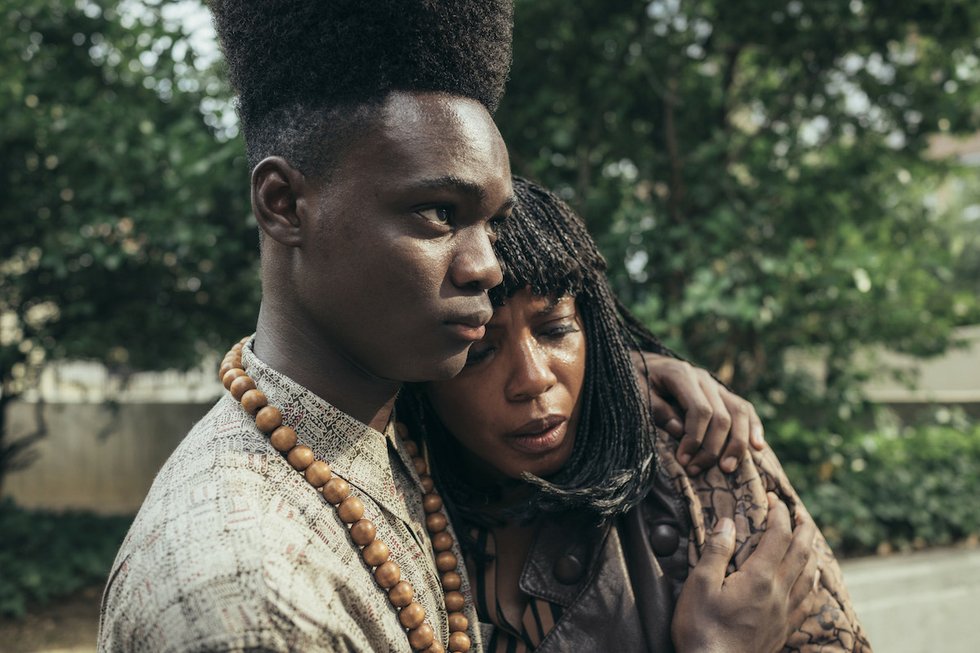 There was no white saviour for the Central Park Five, boys who were aged 14 to 16 when charged, tried and sentenced for a brutal and horrifying 1989 rape they didn’t commit. They were exonerated in 2002, but not because anyone in the police or justice system was eager to seek out the truth. And their story hasn’t been dramatized until now (perhaps because Hollywood was missing its go-to ingredient when telling Black stories). I’d like to think the Central Park Five story was waiting for a voice like Ava DuVernay, whose MLK drama, Selma, and prison system documentary, The 13th, feel like they were leading her to When They See Us. DuVernay brings her understanding and critical eye to the infuriating ordeal, but what makes the four-part series soar are the intimate, affectionate moments where she feels out the rhythms in her characters’ lives, looking for warmth and hope. Read our full review here.