YouTuber Bo Burnham goes back to school in Eighth Grade

The multi-hyphenate filmmaker talks growing up online, hot takes and faking it until you make it 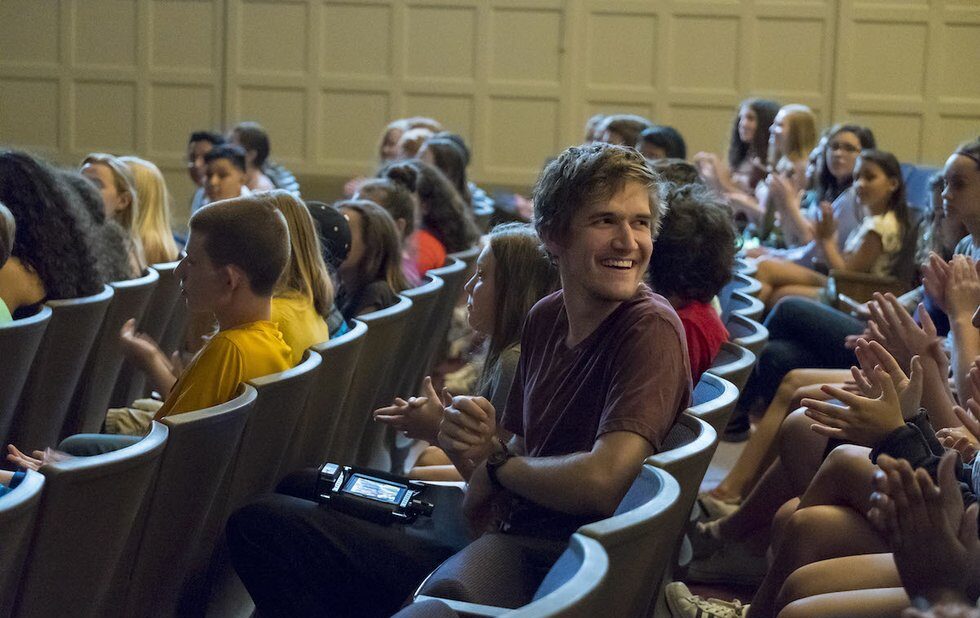 Bo Burnham made his name singing songs on YouTube as a teenager, eventually working up to comedy albums and specials, and creating and starring in the MTV series Zach Stone Is Gonna Be Famous.

Having played one of Kumail Nanjiani’s stand-up buddies in The Big Sick last year, it’s not surprising Burnham would go on to make a movie of his own. But what’s surprising about Eighth Grade is how delicate and earnest it is, following an aspiring YouTuber named Kayla (Elsie Fisher) over her last week of junior high.

It’s a coming-of-age story for the online era, and it’s kind of wonderful. And when the press tour brought Burnham to Toronto, we got to talk about it.

How close is Kayla’s middle-school experience to your own? You’re 27, but in technological terms that’s two generations removed from your characters.

Relative to what’s happening now, I was completely unplugged. I had Instant Messenger. I had a big chunky Nokia cellphone that had Snake on it. That was all I had. But I’ve had the internet interface with my emotions over the course of 10 years, and have felt it be pretty extreme. I can only imagine what it would’ve been like if it was five years earlier. Like, “I had a little bit of a sense of myself before this thing what if I hadn’t?”

The movie captures that state of confusion that’s so specific to adolescence: the sense that everyone around you is doing better than you at everything, and the frustration, or really the fear, that you’ll never catch up. And yet Kayla keeps making these videos giving advice about how to be confident and stylish.

The whole thing was about her confusion and her failure to articulate what she wanted. After spending so much time trying to articulate everything, and trying to spin a perfect phrase about a moment [as a vlogger], it was so relieving to talk about what I have no words for through someone [else]. The entire point of that age is that you have no words for it. The performed failure – the failure to speak about the current moment – to me is the most honest version of speaking about the current moment.

We’re in this weird cultural place where if you admit you don’t know something you’re seen as a loser. Kayla doesn’t even know what she’s interested in yet, and it’s all coming at her so fast.

As someone who has been in the world of people who got very successful for having great takes, they’re losers in that sense. They all are. Everyone is faking until the last minute. Even the crazy-successful professional comedians are faking [it] up until the last moment. The culture as it’s presented is paper-thin. You poke it anywhere, you look at it from any different angle, and you see the mechanisms of it, which are the mechanisms she just lays bare in her videos. I think those mechanisms start in eighth grade, when your self-awareness is turned on and you go like, “Oh my god, I’m a complete fucking mess. How do I fix myself?” Eventually we get good enough as adults where we can kind of fake it and you can’t really see what we’re most afraid of. But it doesn’t change.

As far as I can tell we pretty much do that until we die. Everyone I know has some level of impostor syndrome.

“I’m a fucking fake and people are going to find out I’m bullshitting.” Especially how that interfaces with social media. Everyone feels like they’re performing. [But] there is a fake-it-till-you-make-it truth to things, and pretending to be confident is as good as being confident, and in order to learn how to be an adult you have to fake it – you have to perform yourself. Sometimes the performed version of you is almost a truer version of you than the real you, because you’re actually admitting what you want to be, which is kind of a deeper, more vulnerable truth than even what you are.

Yet these kids have grown up watching reality television, where the idea of “being real” is 180 degrees removed from anything resembling human behaviour.

Yeah, the “being real” shit that we hear about. No, that’s not real. And there are movies that pretend to show real teens and that’s like, [shakes head] “Nah.” I think we show real teens. And we know real teens are hard to listen to, because they’re, like, almost indecipherable.

So how do you capture their lives, and make them dramatically interesting? What research did you do?

The kids I actually worked with ended up offering themselves [to talk] every moment. In researching, it was watching kids on the internet who make videos exactly like Kayla does, talking about how to be popular or how to be whatever, with 10 views. It was just so raw and real and true there were 10 things going on in their face at once. I remember watching the videos, thinking, “If this were a performance in the movie, this would be incredible.”

That rawness still feels weird, right? The idea of just broadcasting yourself into the void, not knowing who’s watching or caring? You made your name with YouTube videos, but you were performing in a different way. This is almost confessional stuff.

We’re going to see an increase of that. I’m the elder of the internet generation, and it’s going be exciting to see young people start to make things and start to talk about the internet in more emotional terms.

You just referred to yourself as “the elder of the internet generation.” Are you okay with that designation? At 27, do you want to be the elder of anything?

It’s chill! I’m fine with that [laughs]. I want to advocate for the internet, for the artistic merit of the internet, for a better portrayal of a thing that I think is portrayed and talked about in a lame way.