A beginner’s guide to Bollywood for Toronto movie fans 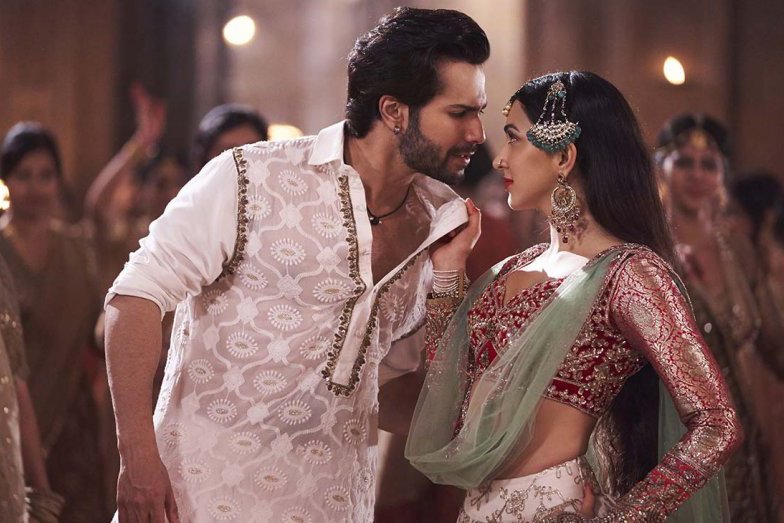 Everyone should watch more Bollywood. With stars like Deepika Padukone and Priyanka Chopra crossing over to North American pop culture, the Indian film industry is becoming more visible in the west.

For just over 100 years, Hindi- and Urdu-speaking people have been entertained by Bollywood, affectionately named after Hollywood but located in Mumbai (formerly Bombay, hence the “B”). Bollywood produces double the amount of films as Hollywood annually, catering to India’s population of over 1 billion, plus a diaspora of 30 million.

But it’s not just South Asians who watch Bollywood. I’ve had many random conversations with taxi drivers who grew up watching Bollywood movies in their homelands, including a Romanian in Nashville and a Nigerian in Toronto. In their words, Bollywood posed no threat to communism and appealed to a Nigerian sense of extended family drama. An episode of the podcast 99% Invisible discusses a formalized film exchange between India and the USSR that started in the 1950s and is symbolic of a long-term and ongoing political friendship.

Film nerds and literary buffs will recognize references to Shakespeare and many popular western films. Bollywood is, in fact, camp. Movies are full of references and recurring themes that faithful fans get, but you don’t have to be well-versed to enjoy. Bollywood isn’t supposed to be taken too seriously.

I grew up in a house that didn’t favour Bollywood: neither of my parents were raised with it. So I didn’t enjoy my first Bollywood film till Kuch Kuch Hota Hai in 1998. As a teen, a family friend introduced me to DJ/producer Bally Sagoo and his album Bollywood Flashback, an album of remixes. I loved it. But it wasn’t until my twenties that I started to match the songs with their movie counterparts – mostly 70s classics. I don’t watch every Bollywood film that comes out, not even one a month, but I’ve followed as the industry has shifted and morphed to discern what will pique my interest.

With that in mind here’s a primer for Bollywood novices. I suggest you also read this hilarious guide, addressed to Chopra’s American pop star husband Nick Jonas.

WHERE TO WATCH BOLLYWOOD MOVIES IN TORONTO

Beginning in the 70s, Naaz Theatre on Gerrard was the first cinema in North America to screen only Indian films. Little India built up around the theatre, which closed in the 1990s. Since then, Bollywood films have spread to Cineplex Odeon Eglinton Town Centre and Woodside in Scarborough, and Woodbine Centre and Albion in Rexdale. Recent highly anticipated Bollywood release, Kalank, screened at 13 cinemas across the GTA including Cineplex Yonge-Dundas. Bollywood has also become more accessible through streaming services like Netflix, BigFlix, Spuul, Amazon Prime Video Canada and even YouTube.

The newly reopened Grand Gerrard plans to bring Bollywood back to the east end with the screening series Bollywood From The Basement.

Typically a Bollywood film lasts three hours – in India every screening includes an intermission. Films include several song-and-dance numbers, with at least one song hitting radio prior to the film’s release. Expect a lot of romance, but since film board restrictions prohibit kissing, intimacy is portrayed in playfully abstract ways (images of flower petals touching), and through suggestion (tension created through a focus on lips, which get close but do not touch).

As western media influences India, movies are becoming more serious with shorter run times and fewer or no songs. We’re an expressive people, so if you see a movie in the cinema, expect a lot of singing along, talking and commentary. This video by Enthu Cutlets runs through of some of the most popular Bollywood songs from the past 50 years. (It was produced four years ago, so doesn’t include recent hits.)

KEY FILMS OVER THE DECADES

The 80s were about action, fighting and macho men. It’s when the popular term dishoom developed. It’s the sound of a gunshot or a body hitting a car – action, baby! It also suggests machismo, in a sardonic way. Stronger women characters also emerged and disco took over the charts, beginning with Disco Dancer (1982). Khubsoorat (1980) was a popular romance.

The 90s ushered in sweet and innocent romances increasingly shot in foreign locales. Hum Aapke Hain Koun..! (1994) and Dilwale Duhania Le Jayenge or DDLJ (1995) were huge hits, along with Kal Ho Naa Ho (2003), which was shot in Toronto as a stand-in for New York. Bombay (1995) is about a Hindu-Muslim couple fleeing religious riots, and how their love brings those around them to understanding.

Much like popular culture everywhere, the 2000s were a mishmash, thematically and stylistically. Rang De Basanti (2006) is about Americans visiting India to learn about Sikh history and justice Lagaan (2001) is essentially a cricket match on film in an analogy for Britain’s colonization of India and the big romance was Devdas (2002), based on a popular 1917 Bengali novel by Sarat Chandra Chatterjee.

THE 2010s AND THE RISE OF STREAMING

Bollywood has experienced great change and grown more diverse over the past decade, with contradictory influences from Hindu nationalism in Padmaavat (2018), and western media. Recent hit Gully Boy (2019) is about life in Mumbai’s slums and focuses on underground rap music.

Movies based on true stories and touching on important social issues are increasingly garnering interest. My Name Is Khan (2010) tackles Asperger’s syndrome and Islamophobia. Queen (2013) saw a young woman stranded at the altar choose to embark on a planned honeymoon to Paris, alone. Ek Ladki Ko Dekha Toh Aisa Laga (2019) foregrounded a lesbian romance. Bajirao Mastani (2015), an adaptation of an epic romantic story, remains a personal favourite for its soundtrack, beautiful and opulent sets and outfits, a strong warrior queen character and emphasis on religious cooperation.

Netflix Canada’s collection of Bollywood and Hindi film is constantly rotating. Seventies classics aren’t available, but check out our list of Bollywood films with progressive themes streaming on Netflix Canada here. Netflix has also started producing Bollywood content. I’m excited about Love Per Square Foot and Rajma Chawal, both from 2018.

BOLLYWOOD HAS A RACE PROBLEM

Bollywood is not without its problems. This Toronto Star article by Shree Paradkar addresses anti-Black racism and shadism in Bollywood. Gully Boy was criticized for its appropriation of hip-hop culture and Blackness. Bollywood has continually preferred to cast light-skinned women and often casts white women as extras. In the biopic Mary Kom (2014), Priyanka Chopra was notorious as the titular Indian boxing Olympian from Manipur in northeast India, whom she looks nothing like. Bollywood audiences must demand better so these issues become a thing of the past.

As you embark on your Bollywood journey, you might recognize some locations: Canada has hosted its share of films. Thank You (2001) was shot in Toronto and Niagara Falls. Apne (2007) uses Toronto as a stand-in for New York and mega-hit Koi… Mil Gaya (2003) was shot in Alberta. Neal n Nikki (2005), set in Vancouver, is an immigrant story.