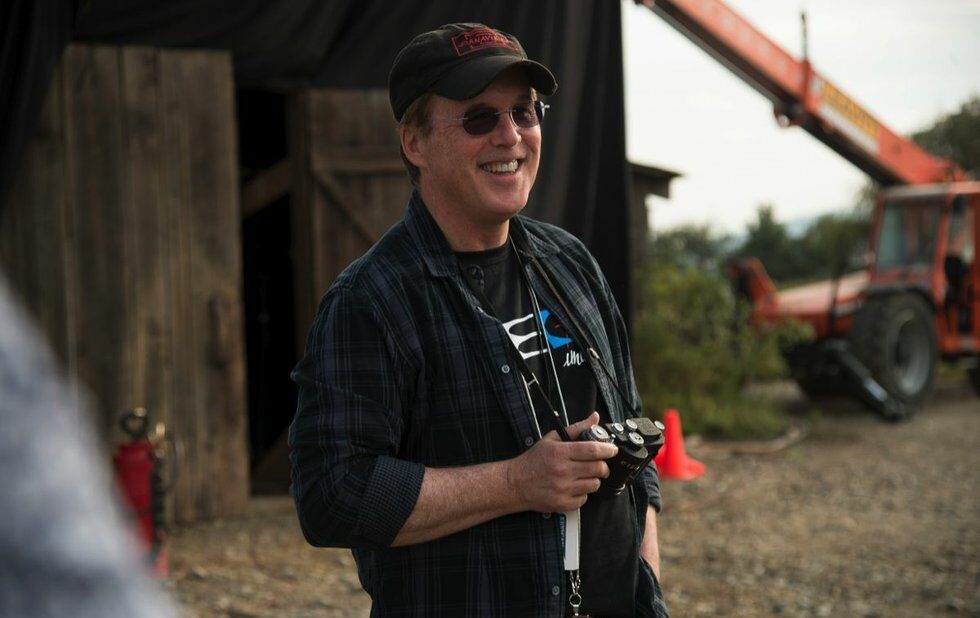 It’s been a decade – a decade! – since Brad Bird’s last animated feature. That was Ratatouille, the delightful 2007 Pixar comedy about a Parisian rat determined to be a French chef. It won the Oscar for best animated feature, as Bird’s The Incredibles had done three years earlier. And those films, along with his beloved 1999 adaptation of The Iron Giant, cemented Bird’s place in the animation pantheon.

The director followed Ratatouille with two live-action features that were just as complex and innovative as his animated work, Mission: Impossible – Ghost Protocol (which was very successful) and Tomorrowland (which wasn’t). Now he’s back in the CG realm for Pixar’s Incredibles 2, a sequel that catches up to the characters of the original film mere moments later to tell another story about work-life balance from a powered perspective.

A few years back, when Pixar was just starting to roll out sequels to all of its movies, I asked if you would consider returning to any of your stuff. You said Iron Giant and Ratatouille didn’t need it, but there might be something in The Incredibles… and here we are.

Well, the most fun I ever had making a film was the first Incredibles.

It’s been 14 years since the first movie came out, but Incredibles 2 picks up mere seconds later. At first I wondered whether you were making some sort of point about animation being the superior medium for all of these decades-later sequels we’re getting. Does the passage of time even matter?

It does to some extent. But I worked on the first eight seasons of The Simpsons and it’s still on the air. And that was… how long ago? 1989? That’s going on 30 years. So that worked out pretty well. I think that in animation, unless the voice changes, you don’t have to [acknowledge] it. And for me the family is iconic if they stay those ages. The only voice we had to recast in the family was Dash. Spencer Fox did a fantastic job in The Incredibles he’s in his 20s now. We had to find someone else who sounded in the ballpark of Spencer but also had his own quirky personality that said something about Dash. We got super-lucky and found this kid named Huck Milner who’s fantastic – every bit as good as Spencer. He worked out really well for us.

But everyone else was the same as in Incredibles – only now they know what it is. Before, they were kind of in the dark and were like, “Is this going to make any sense?” They came in with more confidence that I had something in mind.

Incredibles 2 does feel like a movie that counts on everyone knowing the property. You can introduce something like Elastigirl’s bike – a bisecting motorcycle that accommodates her stretching powers – and the audience understands how it functions right away. That must have been fun.

I had this idea of a motorcycle splitting – that is, something that only she could use – and then I thought, “How many ways can we exploit that?” And I tasked the storyboard guys and the animators as well. I said, “Come up with things that you could only do if you had the ability to stretch.” It was a fun question to ask people – and then you get into these crazy discussions and pick your top 10 [pitches] and put them in the movie! [laughs]

Did the live-action set pieces of Ghost Protocol and Tomorrowland inform how you approached Incredibles 2? Was there anything you picked up working with physical people and props that changed your perspective for animation?

Not really. I think I’ve always kind of been doing action sequences like that. There are some action sequences in Iron Giant that are fairly complex. I think it’s more that animation was my gateway drug to live action, and it made me study the filmmakers and the films that I admire. There’s a lot to learn about staging from people like David Lean, Steven Spielberg and James Cameron. I’ve looked at a lot of that stuff trying to figure out why it works so well. So I think that it’s more that live action has influenced my animation, which made the transition to live action easier.

One thing I’d say you share with those filmmakers is a respect for clarity – you’ll zoom in on something or cut very quickly, and there can be a lot going on in a given sequence but we always understand where everyone is and what they’re doing. It’s visual geography.

Well, yes. And a lot of people don’t do that well. There are people who are good at chaotic filmmaking, like Paul Greengrass, but Paul Greengrass spawned a lot of terrible imitators. And it was because they looked and saw shaky camera and a lot of rapid cuts and close-ups and they thought, “Hey, I can do that!” And so they shake the camera a lot, they have a lot of loud sounds and close-ups. But the thing is, they’re not Paul Greengrass. If you look at Paul Greengrass’s stuff in slow motion, a little bit at a time, there’s a logic behind it. Your brain is being prepared for the next image. It is more chaotic than [the work of] somebody like James Cameron, but there is still the same respect for the idea that the brain works this way. How can you work with the way the brain works. [Whereas] Cameron can do these incredibly complex, fast, cutting patterns, and you’re never lost for a second because he knows how to stage action. All of that stuff I find endlessly fascinating.

The Incredibles came out at a point in time when superhero movies were the exception, not the rule. Did that make it trickier to devise the big set pieces for the sequel? I mean, Marvel and DC are doing cataclysmic action sequences every other month now.

I’m a little pickier about that stuff. I see a lot of superhero films where, even though the hero looks realistic, it’s actually an animated scan of the person and the animation isn’t first-rate. Sometimes it is, but a lot of times you get what you see in Hancock, where Hancock gets hit by a semi truck and then the truck flips and you go, “How much does Hancock weigh? Four tons? There’s no indication anywhere that he weighs that much! He’s gonna get knocked back!” In the Incredibles [films] I really push the animators hard to try to convincingly portray crazy physics. When Bob [Mr. Incredible] gets hit by a train, he caves in the front of the train. He doesn’t stop the train, but his feet break every single [rail] tie, and that eventually slows down the train. Now, that I can believe. I don’t believe Hancock.

As far as the movie’s plot, you do this sort of reversal in The Incredibles, with Helen going away to do hero stuff while Bob stays home with the kids –

Well, she didn’t really go away.

I mean, she’s in another city – it’s just that your central couple is physically separated again to generate some tension.

You kind of have to do that, a little bit.

I suppose I want to see these characters together when nothing’s exploding. There were flashes of it in the first movie. They’ve got chemistry.

I guess you could come up with something like a honeymoon-goes-bad kind of scenario.

I’m thinking about when you renew your marriage vows on the island of Tapa Tapa or something.

That could be fun. I wonder.

No, no, no. [laughs] Don’t wonder! Let’s not wonder for a while. Let’s just enjoy being done with something.