The best and worst moments from the Canadian Screen Awards 2019

This year's broadcast was more good than bad, with Catherine O'Hara, Stephan James, Jann Arden and Kids In The Hall creating memorable moments 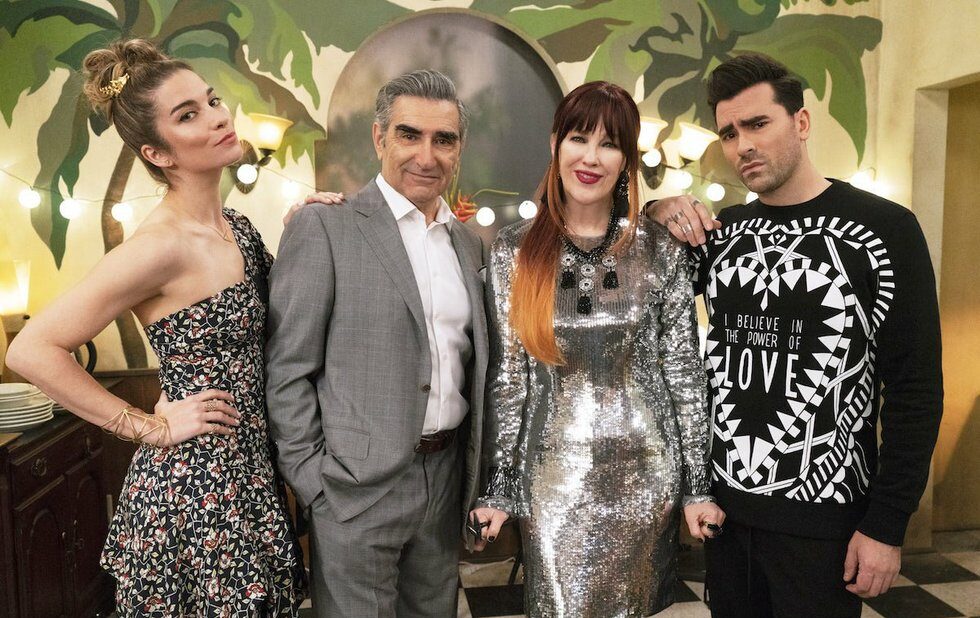 On the film side, the coronation of A Colony came as something of a surprise, since Maxime Giroux’s The Great Darkened Days had dominated the technical awards earlier in the day, taking five key prizes at this morning’s cinematic-arts gala, including art direction, costume design, sound editing, cinematography and best supporting actress for Sarah Gadon.

Wait, I got ahead of myself: the Academy held two galas within the space of 11 hours, the better to divide the 44 awards being handed out in film and television, which either speaks to preposterous mission creep or to the notion that there really is much to celebrate in Canadian film and television.

I suppose it’s possible for both things to be true. After all, there’s so much to celebrate in Quebec cinema that there wasn’t room for a single English-language nominee in the best picture category this year… though Jasmin Mozaffari winning best director for Firecrackers makes me think her film probably came closest to the ballot. (Firecrackers was nominated for the John Dunning first feature award, which went to A Colony.)

Stephan James, accepting the inaugural Radius award for a Canadian who’s succeeded internationally (which, yep), gave a touching speech about coming from Scarborough, dedicating the honour to his family (including his brother, actor Shamier Anderson, who presented the award) and to “young Black boys and girls across this country… I want to tell you your craziest dreams are possible, no matter where you are in the world, no matter where you come from.”

It was a pretty good show, fitting nicely into the allotted two hour time slot and offering a stream of high-profile presenters and enthusiastic acceptance speeches, buoyed by the occasional backstage interstitial with Jann Arden, the Baroness Von Sketch Show’s Aurora Browne, Meredith MacNeill, Carolyn Taylor and Jennifer Whalen, Carter’s Jerry O’Connell and Kim’s Convenience’s Andrew Phung, who left at the outset to get the show started onstage.

Arden turned out to be the night’s most valuable player, even sitting down at a piano with Caught’s Allan Hawco to riff on Bradley Cooper and Lady Gaga’s Oscar performance… though they never actually got around to singing. (I am entirely down for the Jann Arden comic renaissance, by the way, and quite impressed to notice the Shallow soundalike composed for that bit recurred through the night as playout music when speeches ran too long.)

Really, other than a descriptive-video joke that fell flat near the top of the show and a lame bit at the very end where presenter Brent Butt argued with his animated Corner Gas co-stars, it was a pretty good gala.

Letterkenny, Cardinal and Bad Blood collected high-profile awards on the TV side – Letterkenny’s Jared Keeso won the comedy prizes for writing and lead actor, sharing the former with his “work husband” Jacob Tierney Cardinal’s Billy Campbell and Karine Vanasse won best lead actor and actress, drama program or limited series – Campbell’s second win for the show, Vanasse’s first – while Bad Blood’s Kim Coates won best lead actor in a TV drama, and yes, technically Cardinal and Bad Blood are both ongoing drama series but the Academy does what the Academy does and it’s nice when everybody wins something.

Meanwhile, Anne With An E’s Amybeth McNulty won best lead actress in a TV drama, which she clearly did not see coming – though she quickly rallied, and gave a heartfelt speech about the importance of realizing and asserting one’s power.

It’s a central theme of the show, and one that’s clearly as applicable in the present as it is in Lucy Maud Montgomery’s day when they later accepted the show’s best TV drama prize, producers Moira Walley-Beckett and Miranda de Pencier spoke to those same themes.

They also thanked Netflix, which isn’t as cynical as it sounds the streaming service’s global audience definitely raises the show’s profile and encourages the CBC to keep making it. (See also: Kim’s Convenience, although that series wasn’t in contention for this year’s Screenies.)

That’s kind of how it went all night, moving back and forth from show-business pragmatism to moving emotional declarations, sometimes fast enough to give a viewer whiplash.

Catherine O’Hara, named best actress in a TV comedy for Schitt’s Creek for the fourth time, spoke to the mission statement of her show: “I am so proud to be involved in a show that laughs at the ridiculousness of all that we are without malice or homophobia or racism or ageism,” she said, “and it’s a lovely thing to be part of something that just might inspire us, while we’re laughing, to let go of our lesser selves and love others as we would be loved.”

She turned it into a bit, because she’s Catherine O’Hara, but Schitt’s creator, executive producer and star Dan Levy went straight for honesty when he accepted the show’s best TV comedy prize.

“In Schitt’s Creek,” Levy said, “we are writing a world that examines the transformational effects of love when the threat of hate and intolerance has been removed from the equation. And while that’s not a reality for many, our goal is to shine a light out there that asks the question: what if it was? Wouldn’t we all be happier if we were able to love out loud?”

As questions go, it’s a pretty good one – and one that lined up nicely with Deepa Mehta’s fervent request, earlier in the night, that Canadian artists continue to represent the spirit of the country she knows and loves, and through empathy and compassion keep us “from going the way Trumpland has.”

It was a plea we also heard from Wynonna Earp’s Dominique Provost-Chalkley, winner of the year’s Cogeco Fund audience choice award, in the context of the fight to save her show: “This award is for every single Earper out there that is fighting for positive change. We have the most incredible fan base of the most inspiring, beautiful human beings that are fighting for so much more than just a show. They’re fighting for their right to positive representation, they’re fighting for girl power and so much more.”

Oh, and The Kids In The Hall accepted a lifetime achievement award as only they could – with Dave Foley, Bruce McCulloch, Kevin McDonald and Scott Thompson accompanied onstage by a Mark McKinney impersonator on a Rascal scooter, the real McKinney phoning in from an improv class (with Toronto comics Ashley Comeau and Ryan Dillon among his fellow students) and Foley choking up for real when saluting the friends the troupe lost this year.

It was complex, moving and goofy all at once exactly the kind of moment awards shows constantly hope to create but rarely do. It made the Screenies seem vital and necessary. Let’s see if they can keep that going next year.