Women are getting ovations at Cannes 2018

The Cate Blanchett-headed jury is making news, Ryan Coogler says Black Panther's women were more important than the men, and there’s no clear frontrunner for the fest’s top prize 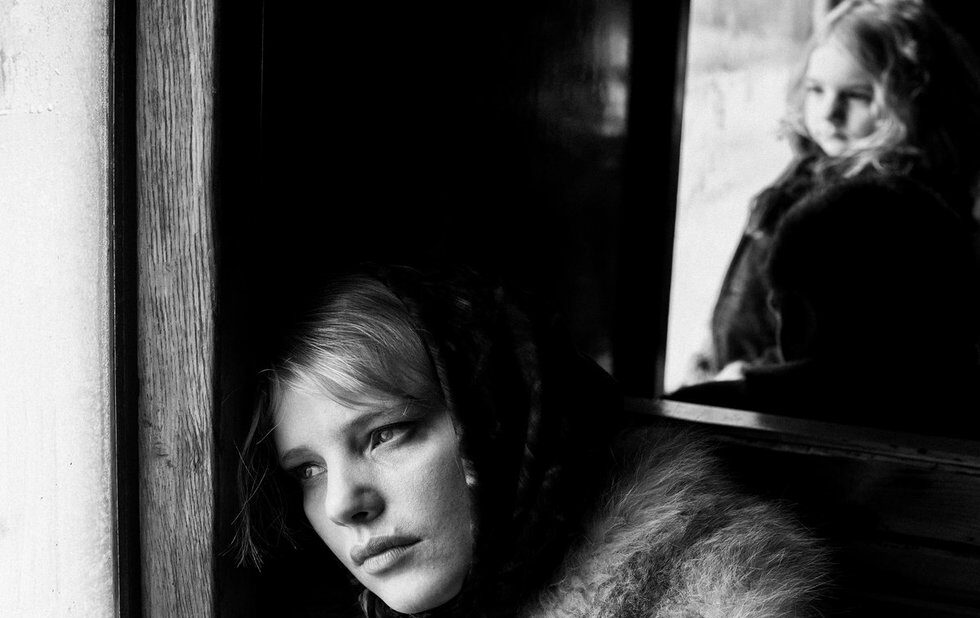 Pawel Pawlikowski's Cold War is one of the most impressive pics in competition so far at Cannes.|Belgian dancer Victor Polster delivers a star-making performance in Lukas Dhonts stunning debut

Pawel Pawlikowski's Cold War is one of the most impressive pics in competition so far at Cannes.

WOMEN RALLY ON THE RED CARPET

On Saturday, jury president Cate Blanchett and her four female jurors stood in solidarity with 77 other women to raise awareness of inequalities in the film business and work toward progress.

The 82 women represented the number of female directors who had competed in Cannes over the years compared to 1,645 male directors.

The event preceded the gala competition screening of Eva Husson’s Girls Of The Sun, one of three competition films (out of 21) directed by women.

On Monday, the heads of the Cannes Film Festival, the Directors’ Fortnight and Critics’ Week became the first signatories of a new document to improve gender parity at international film festivals. At the jury’s introductory press conference a few days earlier, Blanchett called for gender equality and parity.

In answer to a question about glamour on the red carpet, she said, “Being attractive does not preclude intelligence.”

AGOG AT A GALA

It was quite a scene, and I was lucky to have a clear view. Actor/director Roberto Benigni stood beside Rohrwacher, and Agnes Varda (who was among the 82 women on the red carpet the night before) recorded her every reaction on a cellphone from the row in front.

As the applause continued, Benigni noticed Un Certain Regard jury president Benicio del Toro, so he took a few steps forward and they embraced. He then walked a few feet to greet Varda. Adriano Tardiolo, who played Lazzaro, looked like he had stepped out of an Italian Renaissance painting.

Ryan Coogler conceived of Black Panther as a crime film.

“We were making a comic book movie like The Godfather,” he said. Coogler had just walked onstage at the Buñuel Theatre to a resounding standing ovation and immediately gave the Wakanda Forever salute.

Excitement was palpable. The Weeknd was in the house. Black Panther had screened on the beach the night before.

Over the course of a wide-ranging 90-minute conversation with journalist-educator Elvis Mitchell, Coogler talked about his unique relationship with his parents, how a cousin had introduced him to the Black Panther comic books, the movies he watched to prepare for the shoot, how City Of God (the first subtitled film he ever saw) took him “to a place where people looked like me.” And how two Hollywood stars were crucial to the making of his first two films (Forest Whitaker for Fruitvale Station Sylvester Stallone with Creed).

To get a feel for Africa, he viewed Baraka, Planet Earth and Timbuktu. Timbuktu’s music – Ali Farka Touré especially – inspired him. He was dealing with “Afro-futurism,” so the soundtrack had to be timeless and reach all over the diaspora.

Coogler spoke of everybody in Wakanda having to realize their potential, and that the importance of women is there in the comic books.

“You could argue that the women in Black Panther are more important than the men,” he said.

Midway through the fest there is no clear consensus among the press as to a frontrunner for the Palme d’Or. It’s all foolish speculation anyway, since it’s the jury that awards all the prizes.

“It’s an impossible task,” Blanchett said at the jury press conference. “We will disappoint and confound.”

Pawel Pawlikowski’s epochal love story Cold War is currently at the top of my personal list. Beginning and ending in Poland, with stops in Paris and elsewhere from 1949 to 1964, Wiktor and Zula’s love is deep and true but subject to the political vagaries of the era it inhabits. Both are musicians who meet through music (of which there is a wide variety, from traditional Polish folk to 1950s jazz). Pawlikowski depicts it with rigorous attention to detail. Filmed in stylish, enhanced black and white, with compelling performances by Joanna Kulig and Tomasz Kot, Cold War deserves a prize.

Jia Zhang-ke’s Ash Is Purest White is a love story set in the first decade of the 21st century amidst the societal turmoil that was a by-product of China’s huge economic expansion and featuring an award-worthy performance by his muse Zhao Tao.

Hirokazu Kore-eda’s Shoplifters, a gentle, sure-footed exploration of the meaning of family, is one of his best. A beacon of humanist cinema.

Gaspar Noé’s exhilarating new film set in 1996, Climax, was picked up by the Directors’ Fortnight after it was snubbed by the competition. Shot in 15 days with a troupe of dancers, it’s 45 minutes of exuberance and technical brilliance, mostly shot in one long take, followed by an hour-long descent into hell at a party once the Sangria spiked with LSD kicks in. 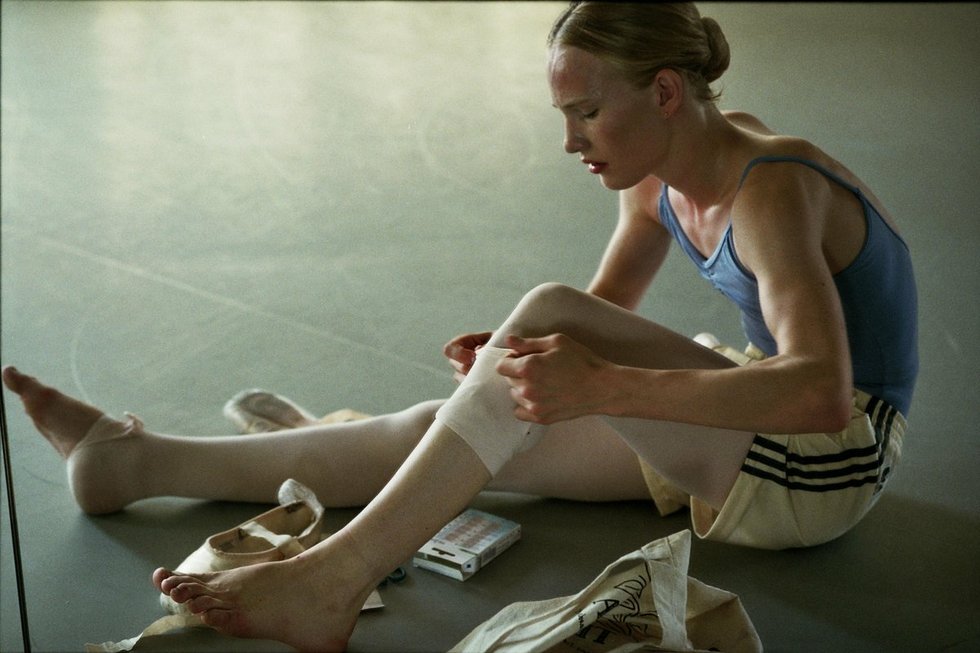 Sorry Angel, Christophe Honoré’s empathic tale of an author who is an inveterate sexual voyager despite his advancing AIDS condition is a nostalgic look at the early 1990s, a time when Honoré himself first came to Paris.

Ali Abbasi’s Border, another memorable Un Certain Regard selection, follows a female customs officer who can smell what people are feeling, making it easy for her to spot deception of any kind. Her life broadens when she meets a man with a similar with similar characteristics who shares her uncanny ability. Then this film about societal outsiders takes a page from Norse mythology and leaps into unseen territory.

A NEW VIEW OF WELLES

Mark Cousins’s The Eyes Of Orson Welles is a refreshing, revelatory look at the legendary director’s life through the lens of newly revealed sketches and drawings dating back to his childhood when painting was his main artistic pursuit. Cousins examines Welles’s early biographical and political underpinnings, his body of work as actor and director, his omnivorous love life and more.

Cousins’s incisive narration is bold and witty. He makes a compelling case that Welles’s visual thinking is the key to unlocking his genius.

Cousins compares Sir John Falstaff to the paintings of Tintoretto, Othello to Magritte, Macbeth’s castle to Piranesi’s prison drawings and links The Lady From Shanghai’s famous hall of mirrors scene to the work of Eadweard Muybridge. Cousins believes Welles would get along beautifully in the 21st century, with its digital cinematography, cheap means of producing movies and artistic independence.

People are saying it’s a quiet festival this year, with fewer parties. I’ve heard that the Hotel du Cap, without Harvey Weinstein and the big American studios to fuel its star quotient, is a lot more subdued. Fewer tourists are ogling the red carpet. Police have refined their security measures to concentrate on preventing vehicle attacks. Undeterred, festival-goers remain on the prowl for that one life-changing film.