Captain Marvel takes on the man-babies 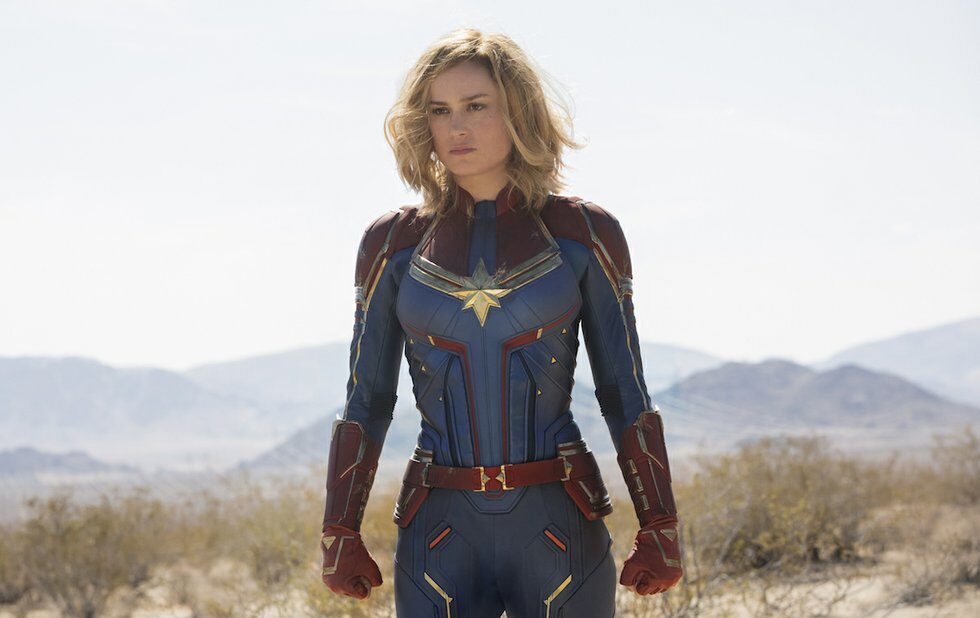 Captain Marvel won’t open for another week, and the world premiere isn’t until Monday. But somehow, the film was racking up negative reviews on sites like Rotten Tomatoes last week. Is Marvel’s decade-long hot streak finally petering out? Can the studio’s first female-led superhero movie really be that bad?

I mean, anything’s possible… except the possibility that these early audience reactions are real. They appear to be part of a coordinated campaign of fanboys bent on damaging the film’s standing because they perceive it as an assault on their masculinity, and the state of the superhero culture in general.

See, Captain Marvel is a lady. And ladies are scary.

A bunch of immature assholes on the internet are upset that they don’t feel adequately represented in the movie of the moment, and they’re doing their best to undermine it before it even opens. (It probably doesn’t help that Captain Marvel is also the first Marvel movie co-directed by a woman: Anna Boden shares the gig with her long-time partner Ryan Fleck.)

The strategy, which evolved from whining on internet sites like Reddit and 4Chan, involves loosely coordinated trolling of entertainment sites by angry dudes posting negative reviews to drag down a given film’s overall total score. It’s a blatantly transparent tactic, but it works in the moment if you visit the movie’s Rotten Tomatoes page before the site’s moderators can remove the fake negatives, you’ll see the low audience score.

Fortunately, after almost three years of this bullshit – which somehow didn’t affect the similarly diverse, non-white-guy-starring Black Panther and Spider-Man: Into The Spider-Verse nearly as badly, and I cannot imagine why – the industry is learning. Rotten Tomatoes has already announced that it’s changing its audience-rating system to combat this specific sort of interference, with strategies that will hopefully be adopted by other aggregator sites with a public component.

Honestly, if you just eliminated posts with egregious misspellings or the pejorative “SJW,” that’d go a long way to thwarting these jerks.

If it’s any consolation, the movie’s not going to be affected by this campaign. I mean this literally: Captain Marvel is finished and ready to open, and nothing about the film is going to be changed by a bunch of squalling infants who feel personally slighted by a movie centered on a strong female protagonist, or by star Brie Larson’s entirely reasonable request that the movie’s press junket be opened up to a more diverse pool of journalists. And I’m willing to bet Carol Danvers has an awfully big part to play in Avengers: Endgame later this spring.

All this does is expose the howling insecurities of a subset of fans who imagine themselves the gatekeepers of the thing they like. It’s the same illusion of control that feeds toxic masculinity in every industry, and every culture. And it’s pathetic, and it’s time to move on.