The first-time Toronto filmmaker discusses finding the film's talented cast, being excited about her limited budget and dealing with the millennial label 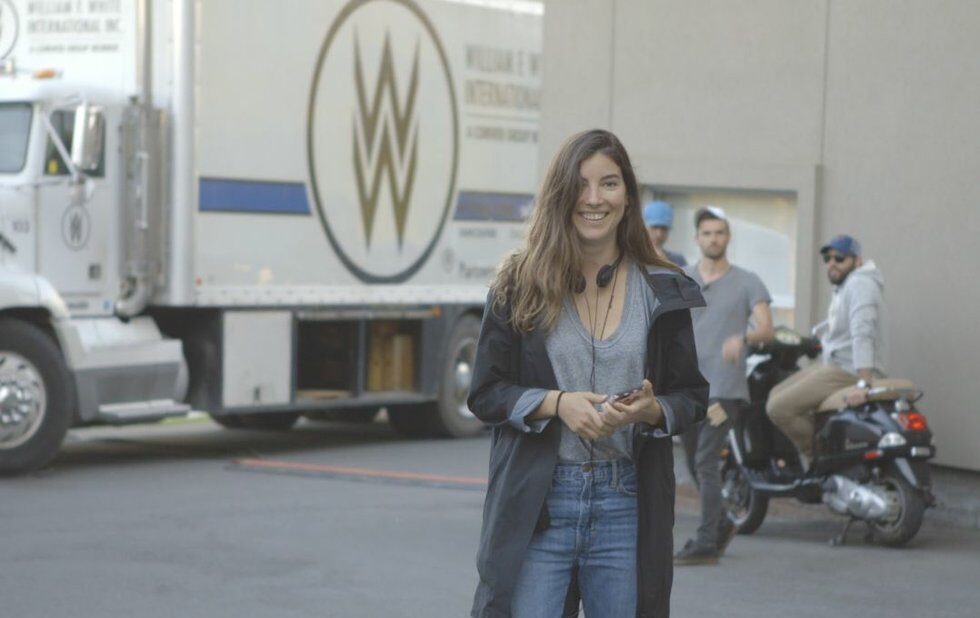 When she took her first feature, The New Romantic, to South By Southwest this spring, Toronto writer/director Carly Stone found herself at the eye of a pop-culture storm. Not only was her movie – a wry character piece about a student journalist named Blake who falls into a side gig as the “sugar baby” of a wealthy older man – being received as some kind of millennial statement, but her cast of unknowns had all attained some serious media presence.

Attention is never a bad thing, of course – and neither was winning a special jury prize for a first feature – but a few months later things are a little more relaxed, and as The New Romantic rolls into theatres this weekend, Stone (whose resume includes a stint as a story editor on Kim’s Convenience) is happy to be able to talk about her movie as a movie – and a fairly complex one, at that.

I was thinking about Frances Ha, and how some movies can show characters making bad decisions without judging them for it. The New Romantic does that too, but it’s tricky. How do you pull that off?

Frances Ha is a great reference for me just personally, because I love that tone. I love Noah Baumbach’s stuff. I find it reflective of real life, like how in a bad moment we can laugh, or in a good moment you might not feel like laughing. That’s what inspires me, that tone. Pulling it off, I can’t say that I did. I have no idea. I just tried. [laughs]

When I was working with my cinematographer in pre-production, we had this room where we just put up photo references and all our references were from, like, European dramas. I couldn’t really explain what I wanted the film to feel like, because it felt like there was no exact comparison. It wasn’t going to be Easy A. It wasn’t going to be Edge Of Seventeen. I wanted it to be Blue Is the Warmest Color meets Bridesmaids, which is like a weird mash-up. I think a lot of it came with working with my different department heads, discussing the mesh of tone. My actors seemed to really get it in the scenes that were dialogue-heavy, they got into a natural rhythm. When I let them improvise, it would find itself. It was a constant juggling act.

How did you find Jessica Barden? Had The End Of The F***ing World come out when you were looking to cast Blake?

No. She came from that set to my set, I believe. The End Of The F***ing World came out the week before we went to South By Southwest. The timing was great. But I hadn’t seen it. I saw her in The Lobster and Penny Dreadful. We sent the script to her agency maybe two years before we made it, because we were never sure when we were going to make it we were just trying to get the pieces sorted out. Her agent was, like, “I have the perfect girl for this.” And we attached her right away – so she remained interested for two years or so while we were getting it all ready.

Your supporting cast kind of blew up as well, I noticed.

We cast Camila [Mendes] before Riverdale came out, and Hayley [Law] and Brett [Dier]. Avan [Jogia] worked with Kyle Mann on other stuff, and he came on, but Hayley and Brett’s roles we used a casting director and went wide. As soon as I watched their tapes, I knew those were the people I wanted. It just happened to be this Netflix crew of people, it’s not on purpose. [laughs]

It’s always fascinating when that happens. You’ve worked on Kim’s Convenience, you’ve seen how all of a sudden there can be this cluster of talent where everybody is suddenly not only in demand but able to deliver. The Riverdale thing is just so weird.

And they’re all so professional and so talented. It really was great to lean on them in that way.

And how long did you have to shoot? This couldn’t have been a huge production.

When the movie premiered at South By Southwest, it was received as this big millennial statement – but it’s not like there haven’t been coming-of-age movies before. These issues aren’t exclusive to that generation.

Yeah, that’s how I feel.

So how do you deal with the label?

I don’t really have any control over that aspect. I put [the movie] out there, let’s see what happens. I find that a lot of people who go into it thinking it’s a “millennial whatever” are surprised. And I like that. I like that people are surprised by this film. I’ve read reviews where people said “I thought it was going to be one thing when I started watching it, and it turned into something else.” And those are actually my favorite types of films. Like Spring Breakers. Films that take you on a ride in that way. And I think this film this does that, in a totally different way. Like, you think it’s going to be a cookie-cutter romantic comedy or derivative of all these other romantic comedies, and hopefully I show you that it’s not.

It throws some really complicated ideas around, which is not what most romantic comedies do. The movie just kind of drifts along with Blake while she figures out who she is, and what she wants, and what she will and won’t do.

I consciously wanted to make a character who’s screwed up, but you don’t hate her for it. And I think that allowed me to explore the ethics around her choices.

Now that it’s out in the world, what’s next? Have you got your next project lined up?

Oh yeah. I have two scripts that I’d love to make. They’re both about girls probably screwing up. [laughs] Different worlds, though. One takes place in the competitive dance world, the other is about mentally unstable poets.

I haven’t been a poet, but I was a lit person, and I was a competitive dancer, so I like taking my own personal experiences and then asking “What’s the darkest side of this?” and then building towards it.

I have to ask about the competitive dancing. What kind of dancing was it? Is there a circuit?

It’s all contemporary – ballet, jazz, tap, hip-hop. Kind of like what Whiplash does with drumming.