Cats is already getting the cult classic treatment in Toronto 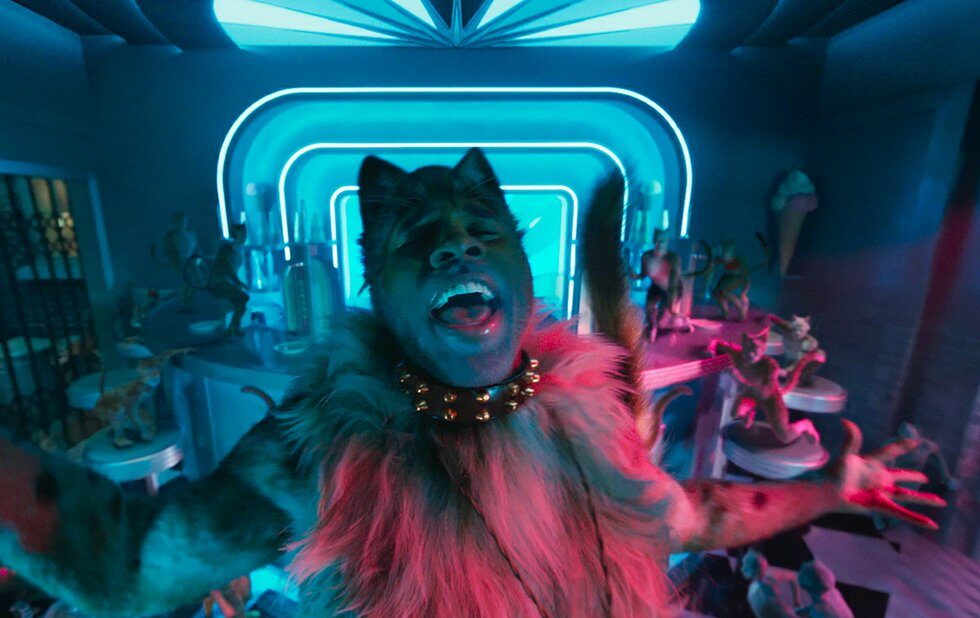 Tom Hooper’s feature film adaptation of Cats was a spectacular disaster over the holidays. And rightly so: it’s a nightmare of ill-considered CG fur and whiskers, incoherent cinematic language and badly misjudged performances, all set to a slapdash attempt to impose a structure on Andrew Lloyd Webber’s intentionally plotless stage musical about the singing felines.

And yet it will not die.

Cats has inspired a fervent anti-following unlike anything I’ve seen since The Room. But where Tommy Wiseau’s intensely personal disaster took years to form its cult – born largely of Wiseau’s bizarre self-promotional appearances and the relative unavailability of his film – this is a different situation.

Almost as soon as it opened – to justifiably scathing reviews and shockingly low attendance – people have been trying to turn the Cats movie into a fun, ironic experience, live-tweeting their astonishment, showing up drunk and/or high and holding viewing parties as the first-run venues dwindle. And while it’s fun to follow their torment on social media, it’s clear that watching Cats is the least enjoyable thing about the Cats experience.

This is where Anthony Oliveira comes in. The local culture critic and LGBTQ activist has been programming the Dumpster Raccoon series at the Revue Cinema for a year and a half now, sharing his love for “shiny garbage” with drag-flavoured audience participation screenings of cult classics like Flash Gordon, Starship Troopers and Phantom Of The Paradise. And next weekend, he’s going to give Cats the presentation it deserves at two screenings that might be the pinnacle of the Dumpster Raccoon concept.

Oliveira will stage an entire Jellicle Ball inside the Revue, inviting one and all to participate in the experience of the cat movie.

Since no one would dare replace Judi Dench as Old Deuteronomy, Oliveira has come up with a workaround.

“I’m going to assemble a council of cats,” he says. “Twelve random audience members who will join me on stage at the end, and we will make our Jellicle choice for the person who wins the Jellicle Ball for their live performance. But everyone will be singing, there will be open captions on screen throughout, and people can have whatever experience of Cats they want to have.”

And if we’re being honest, he’s hoping people will enjoy the movie as much as the stage show.

“What’s fascinating to me is that the emotion is real,” Oliveira says of Hooper’s film. “Like, Ian McKellen is doing an amazing job. Jennifer Hudson is singing her heart out. It’s real. And yet it failed.

“I like that something can fail to accomplish what it wanted to do this badly, and still be so fantastic and so energetic,” he explains. “So over-the-top, so decadent. I can’t wait to see what this does in front of an audience, that’s the great pleasure of this screening series.” 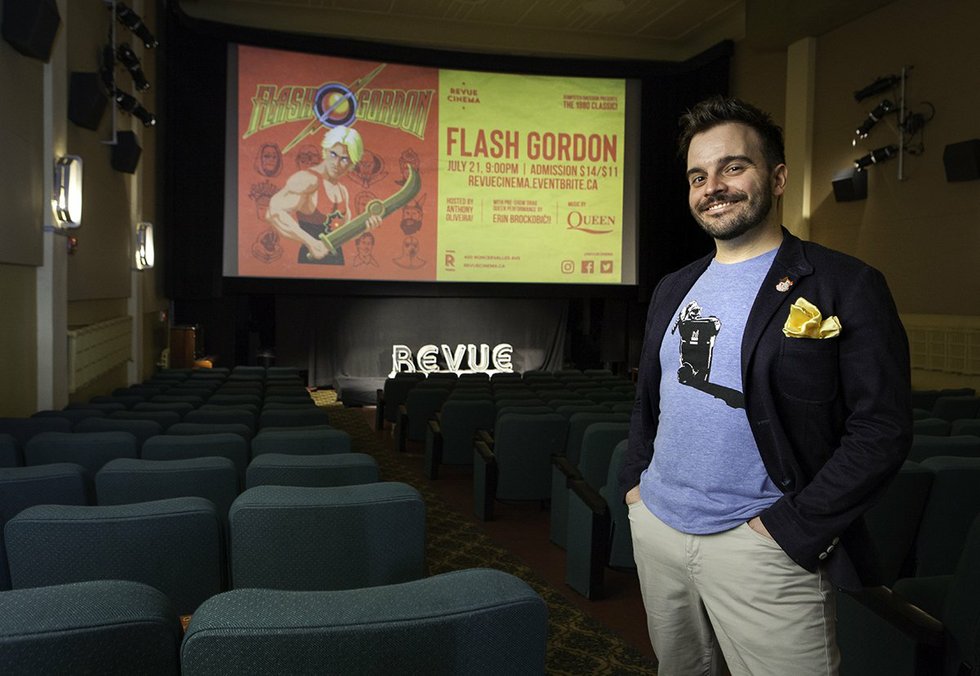 This might be why Dumpster Raccoon is the perfect forum for Cats. It’s not about laughing at the film, exactly it’s about celebrating the existence of something so strange and misshapen.

And they’ll be sharing that experience with a whole lot of talented people.

“If you come to the Saturday and Sunday Jellicle Balls at the Revue,” Oliveira says, “you will see a lineup of Canada’s best drag king performers and Canada’s best burlesque performers that are just, like, goofing off. I’m not paying them!” he laughs.

“Cyril Cinder is coming down from Montreal. Charlie Quinn is performing. Velvet is performing. It’s people who are just coming in because they’ve always been noodling about a number for Cats – they’re like, ‘I have a Rum Tum Tugger I want to do, I have a Magical Mr. Mistoffelees number I want to do – can I try it out on this?’”

He also stresses that, just as in the play and the movie, the Jellicle Ball is open to everyone.

“I had a message today from a person who wants to perform Memory on Sunday: ‘I’m not a professional singer, is that okay?’ And it’s like: what are you gonna do, fail? The movie already failed!

“Failure is actually closer to the film’s aesthetic process than success,” he laughs. “A good singer doing Memory is less fun than someone just doing their best to sing Memory. The pressure’s off!”

If this works – and honestly, at this point in the Cats movie’s afterlife there’s no reason it couldn’t – Oliveira is prepared to hold more Jellicle Balls as often as he can.

“It’s such a perfectly modular beast,” he says. “In some ways Cats is actually better designed for this kind of thing than Rocky Horror Picture Show, precisely because there is no plot: every number is a different number in a different medium with a different cat. It’s 10 songs that have nothing to do with each other, and not all of them will have performers [every night], but basically five to seven people will always be like, ‘Yeah, I could do a number for that.’

“If we can sell 500 tickets for one weekend with a week’s notice, there’s interest, and god knows I’m always happy to screen garbage. So we’ll figure it out.”

I figure it’ll last until the Blu-ray comes out in the spring, at which point people will lock themselves in their homes to watch it. Oliveira isn’t so sure.

“The unreplicatable thing is the assembly,” he points out. “It’s like church, right? You can pray at home, but it’s not the same.”