In Toronto to present a short film at imagineNATIVE, the Maori producer behind Jojo Rabbit is working on a diverse array of projects led by women 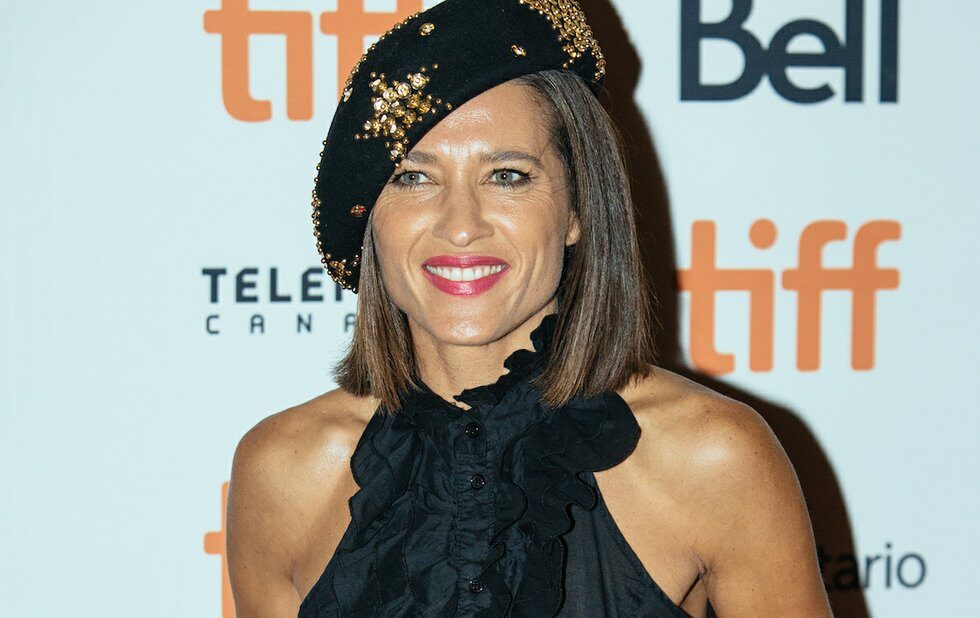 FORGIVE ME as part of the program Perceptions at ImagineNative at TIFF Bell Lightbox (360 King West), Friday (October 25), 10:30 am. Free. imaginative.org.

Chelsea Winstanley is “somewhere between Hamilton and Guelph” on the set of Danis Goulet’s first feature, Night Raiders. The Indigenous female-fronted sci-fi film is reminiscent of the projects the L.A.-based Maori producer/director has worked on like Merata Mita’s Saving Grace, Te Whakarauora Tangata and Waru, an anthology feature made by nine Maori female directors.

“I made a decision that I want to concentrate on working with women, since throughout most of my career I’ve been helping men make movies,” she explains in a phone interview. “I thought, I need to stop doing that in order for us to have some kind of equal representation. And we’re not going to have that unless we all participate in bringing us up.”

Audiences in Canada might be familiar with the movies Winstanley has produced for her husband, Taika Waititi, including What We Do In The Shadows and the Toronto International Film Festival’s most recent People’s Choice Award winner Jojo Rabbit, which she’s been working on since 2012. But lately her hands are full with a diverse array of projects led by women.

After a recent move from New Zealand to Los Angeles, she’s been frequently travelling to Toronto, attending TIFF in September with Jojo Rabbit and working on Night Raiders, the first Indigenous New Zealand-Canada co-production.

This week, she’ll be attending imagineNATIVE to support two projects: the documentary Merata: How Mum Decolonised The Screen (October 23, 3:30 pm, TIFF 2), which she produced, and Forgive Me, a short film she wrote and directed.

Merata – now streaming on Netflix thanks to Ava DuVernay’s distribution company, Array – tells the story of Mita, the trail-blazing Maori filmmaker, from the point-of-view of her archivist son, Hepi. In 2010, Mita passed away suddenly while working on the rough cut of Saving Grace, Te Whakarauora Tangata, a documentary on child abuse in a Maori community. Winstanley, who met Mita while working on Waititi’s 2010 film, Boy, decided to finish the film without Mita, under pressure from broadcaster Maori Television. She now regrets the decision.

“At the time, I don’t think I was wise enough to cope with the situation. Had I been a stronger producer, I would have said no,” she says. “For many years, I felt like I’d somehow done wrong by not trusting my gut instinct. When the opportunity to work with Hepi on a doc about his mom came along, it felt like a redemptive opportunity.”

Merata: How Mum Decolonised The Screen carries Mita’s legacy of championing Indigenous filmmakers in telling their own stories. Winstanley believes the timing is right to share that message and describes audience reaction to the doc like a “fire in their bellies ignited.

“Merata was someone who really went out of her way to ensure we have this global Indigenous connection.”

Winstanley is thankful for streaming platforms like Netflix, which can take Indigenous stories global. “There are gatekeepers that decide whether or not they’re going to put your film out in the theatre,” she says. “And because most of those people have been white, they don’t understand the importance of the story and they don’t recognize that these audiences exist.”

For example, she produced the Maori-language dub of the animated 2016 Disney film Moana, which did well at the box office and in DVD/rental sales in New Zealand.

“It just proves the point that we have an audience starved for content in their own language,” she says. “There’s recognition that these stories are important, and people are responding.”

While in Toronto, Winstanley is doing a Q&A with prolific Indigenous filmmaker Alanis Obomsawin, Mita’s friend and contemporary in Canada. (She also appears in the doc.)

“How amazing it would have been thinking that you’re the only person out there in the world [doing what you’re doing] and literally on the other side of the planet you align with someone else,” says Winstanley, of the two iconic filmmakers’ relationship.

Meanwhile, her narrative short Forgive Me is the jumping-off point for a string of Iranian projects she is working on. Entirely in Farsi, the film centres on forbidden love between two men and is set in a café that’s shutting it doors rather than let the Iranian government put in CCTV cameras.

That all of her current and upcoming projects are in Iranian was unintentional. Forgive Me actor Mojean Aria introduced Winstanley to Sophia Kiapos, the Iranian-Greek director of the upcoming film Arezou, about a little girl discovering the illegal underground ballet scene in post-revolution Iran. The film will be shot in Toronto next year.

Her other big project is Thief Of Sleep, also starring the Iranian actor Aria, which focuses on Ahrash, a young gay man who flees Iran to seek asylum in Scotland. Despite wanting to take time off from producing (“I needed a break after Merata, because it took a good five years of my life”), she opted to continue since she was inspired by Mita’s determination to have Maori people tell their own stories. She’s learning more about North American film financing for the benefit of other filmmakers.

“I could [go] full circle, learn some really good skills, take it home and help my other fellow Maori filmmakers and any other Indigenous filmmakers who might need to know how this works.”