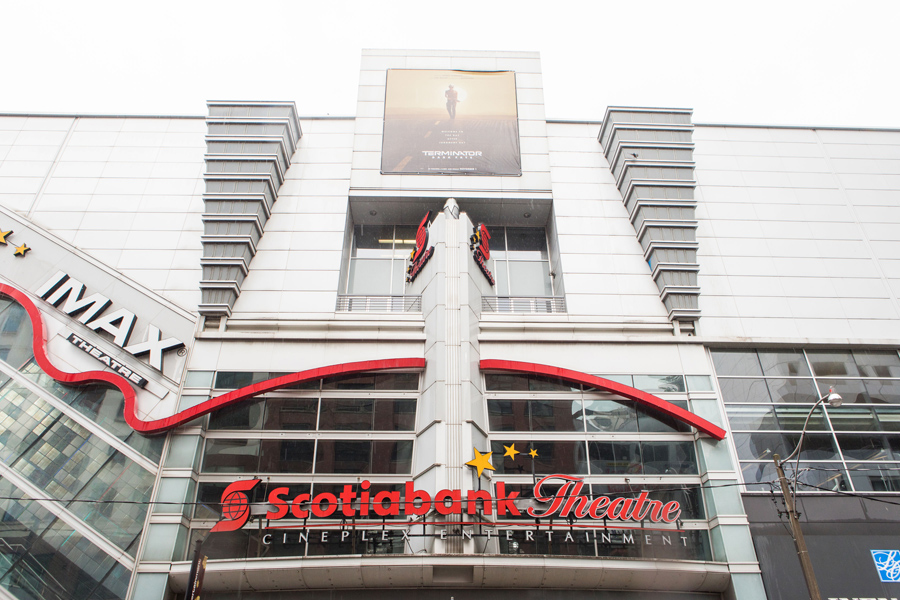 Cineplex is reopening 25 of its Ontario theatres, including eight locations in Toronto, on July 31 – the same day Toronto officially moves into Stage 3.

“The company is taking a phased approach to reopening and anticipates that the majority of its locations will reopen over the next several weeks, including its 43 other theatres across Ontario,” the company said in a release.

“All theatres will open with enhanced safety and cleaning measures as well as updated procedures to allow for physical distancing both inside and outside auditoriums.”

The new safety measures include rolling out reserved seating, reduced capacity, limiting food offerings to “core concessions” including popcorn, and closing VIP cinemas and play structures closed. Masks must additionally be worn indoors in jurisdictions where indoor mask-wearing is mandated.

The Canadian theatre giant laid off 130 employees earlier this month, with management initially saying the chain was “not in a position” to reopen after much of the province was given the go-ahead to move into Stage 3. The company is also suing its would-be buyer, Cineworld, over a failed takeover this month.

Here are the Cineplex locations taking part in the first wave of reopening: