What to watch on Netflix Canada in February 2020 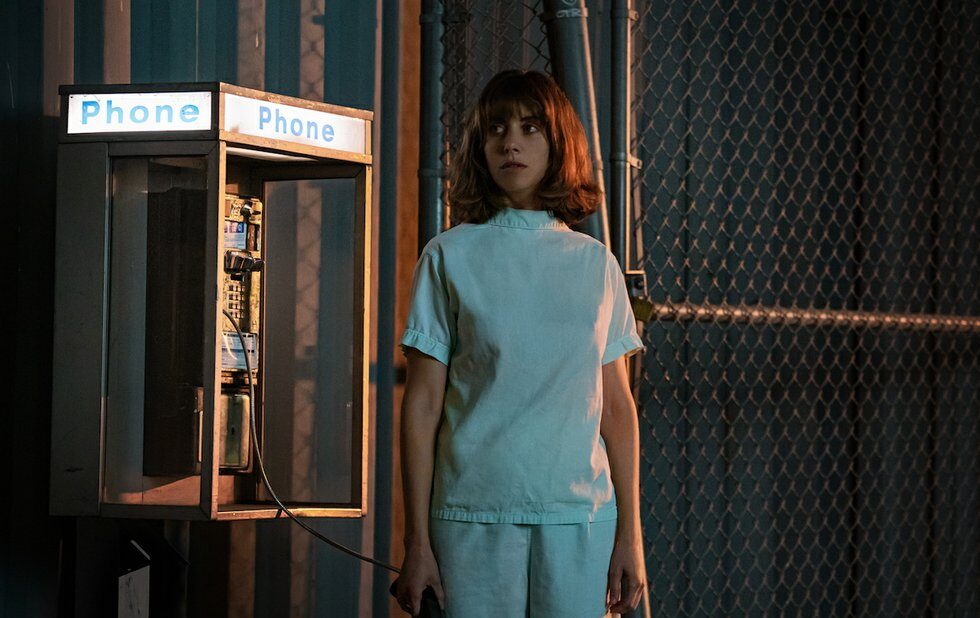 Three years after the delightful medieval comedy The Little Hours, director Jeff Baena and actor Alison Brie reunite for a very different project: a psychological thriller about an introverted young woman who finds herself experiencing some very strange things – unless she isn’t experiencing any of them, which would be even scarier. Brie and Baena co-wrote the script, and the producers are indie champs Jay and Mark Duplass (The One I Love, Safety Not Guaranteed). The supporting cast includes Paul Reiser, Molly Shannon, Robin Tunney, Dylan Gelula, Matthew Gray Gubler, Toby Huss and at least one horse, so the title’s not a fakeout or anything. February 7

This heavily buzzed adaptation of Joe Hill and Gabriel Rodriguez’s comics series – developed by Carlton Cuse of Lost and Meredith Averill of The Haunting Of Hill House, and shot right here in Toronto – casts Connor Jessup, Emilia Jones and Jackson Robert Scott as Tyler, Kinsey and Bode Locke, three young siblings who discover their late father’s spooky old family home is filled with keys that possess supernatural properties… and that something uncanny and evil wants those keys very badly. February 7

Vince Gilligan and Peter Gould’s brilliant, slow-burning Breaking Bad prequel starts its fifth season February 23 on AMC, so you’ll have a couple of weeks to get caught up on season 4, which aired in the summer of 2018. (Yep, it’s been a while Gilligan and Gould took a year off to make the El Camino movie with Aaron Paul, which turned out pretty well for everyone.) This run of episodes moves Bob Odenkirk’s Jimmy McGill slowly but inevitably towards the dark side of the law, which can only destroy his relationship with good-hearted Kim Wexler (the remarkable Rhea Seehorn), while Mike Ehrmentraut (Jonathan Banks) hitches his wagon irrevocably to the criminal enterprise of one Gus Fring (Giancarlo Esposito). And even though we know how almost all of these characters will end up, it’s still a white-knuckle ride. February 9

All The Bright Places

Jennifer Niven’s breakthrough 2015 young adult novel dealt head-on with serious issues like mental illness and survivor’s guilt. It’s about two teens, Violet (Elle Fanning) and Theodore (Justice Smith), who meet when they’re both planning to jump off a bridge instead, they become friends and eventually lovers. Make sure you keep some Kleenex nearby. February 28

To All The Boys: P.S. I Still Love You

In the first of two sequels to To All The Boys I’ve Loved Before (based, as before, on Jenny Han’s novels), Lara Jean (Lana Condor) and Peter (Noah Centineo) move past their fake romance to start a real relationship – which is immediately threatened by the arrival of John Ambrose (Jordan William Fisher), who received one of Lara Jean’s letters and is open to the whole romantic rival thing. Does Anna Cathcart’s get more to do as Lara Jean’s chaotic-neutral younger sister Kitty? Will John Corbett shrug adorably as their dad? And what’s with Holland Taylor joining the cast as a character named “Stormy”? We’ll find out just before Valentine’s Day. February 12

A Shaun The Sheep Movie: Farmageddon

It’s been five years since Aardman Animations’ endlessly charming stop-motion TV series ventured onto the big screen in a glorious, near-silent farce now, Shaun and company are launched into an entirely new adventure when an alien crash-lands on Mossy Bottom Farm. Once again, there’s no spoken dialogue once again, the puns will come fast and furrious. (See what we did there?) They loved it in the UK, which is really all the endorsement you should need. February 14

I Am Not Okay With This

After turning the UK series The End Of The F***ing World into a viral hit, Netflix teamed that show’s producer, Jonathan Entwhistle, with Stranger Things producers Shawn Levy and Dan Cohen to adapt another of Charles Forsman’s teen-rage graphic novels: this one’s about an angry misfit (Sophia Lillis, who played the young Bev in It) whose fury with the people around her is beginning to express itself in bursts of violent psychokinetic energy. As premises go, that’s a pretty good one. February 26

Papa is the quick-witted, genial host of the hit Sirius Radio show Come To Papa, but he’s also a first-rate stand-up, one of the smoothest acts around. That should come out in his latest special, which gets laughs from climate change, work, living in New Jersey – you know, things that might make us anxious, but, through the perspective of the Garden State native, will make us feel reassured. February 4

With the cult following for the Netflix Japanese series Terrace House, this Tokyo-set drama series could catch on. It’s directed by Mika Ninagawa and follows the lives of several young, attractive women, including a famous and successful fashion photographer and an aspiring actor. Ninagawa is also a photographer whose works are brightly coloured, so expect a rich, vivid visual palette for the series. February 27

The premise to this Netflix original reality TV show from the makers of Married At First Sight is simple: when it comes to love, do looks really matter? Over a whirlwind three weeks, singles will chat with a bunch of potential partners in the hopes of finding a future husband or wife. But it’s only when they propose do they get to see what their fiancé looks like. Although it sounds like it’ll produce some scandalous pair-ups, in reality, all the participants are conventionally attractive. It’s not as heartwarming or addictive as Netflix’s other dating reality show, Dating Around, but it’s a fun romp to devour in gloomy February, aka peak binge-watching season. February 13 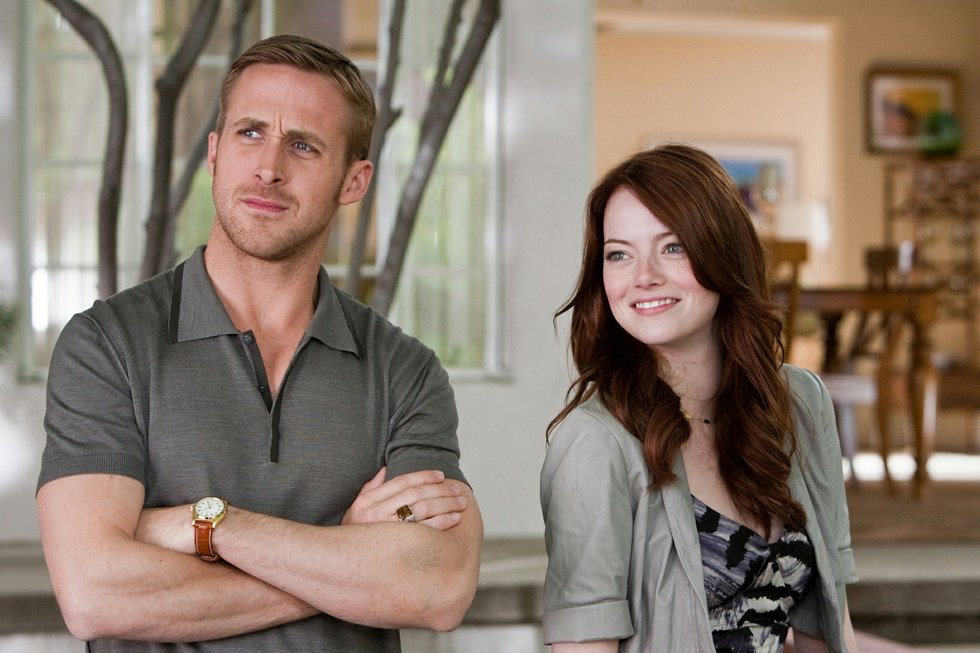 Before La La Land there was Crazy, Stupid, Love.

The Fred Astaire and Ginger Rogers vibes coming off Ryan Gosling and Emma Stone’s pair-ups originated in Crazy, Stupid, Love. The delightful screwball throwback finds Gosling showing off his comedic chops in a playboy role. His smouldering good looks have always distracted from his skills, but he plays dating zen master to Steve Carrell’s middle-aged soon-to-be divorcee. This Is Us creator Dan Fogelman throws in amusing relationship mix-ups and his trademark serendipitous twists, but minus the self-serious air of his movie Life Itself. February 1

Gone With The Wind

There’s no excusing the racism in Gone With The Wind. The blockbuster classic peddles heinous stereotypes, expresses a fondness for slaves who knew their role and romanticizes the Old South at every turn. This is the movie that made Hattie McDaniel the first Black Oscar winner for playing a mammy. Ignoring the movie would be like trying to bury Hollywood’s racist history, while simultaneously denying yourself the epic four-hour romance’s emotional sweep and the glorious chemistry between Clarke Gable and Vivien Leigh. February 1

8 Mile is hip-hop’s Rocky: a crowd-pleaser where a white guy is the triumphant underdog in a sport dominated by Black men. The optics aren’t great, but the movie’s appeal is as undeniable as Eminem’s skill. The Detroit rapper plays a fictional version of himself in a look back at his grind before he met Dr. Dre. The late director Curtis Hanson fleshes out the environment – the working-class routines and hostilities between turfs and races – that informed Eminem’s unique brand. He also puts on a show-stopping, rap-battle climax that you’ll want to put on repeat. February 5

List of new titles available in February by date:

Cagaster Of An Insect Cage

The Expanding Universe Of Ashley Garcia

I Am Not Okay With This

Restaurants On The Edge

Gone With The Wind

The Adventures Of Tintin

Bridget Jones: The Edge Of Reason

The Land Before Time

13 Hours: The Secret Soldiers Of Benghazi

To All the Boys: P.S. I Still Love You

A Shaun The Sheep Movie: Farmageddon

All The Bright Places