NOW MagazineMovies & TVNews & FeaturesWhat to watch on Crave in July 2019

NOW critics pick the best movies and TV shows coming to the streaming platform, including Veronica Mars, Divorce and The Hilarious House Of Frightenstein 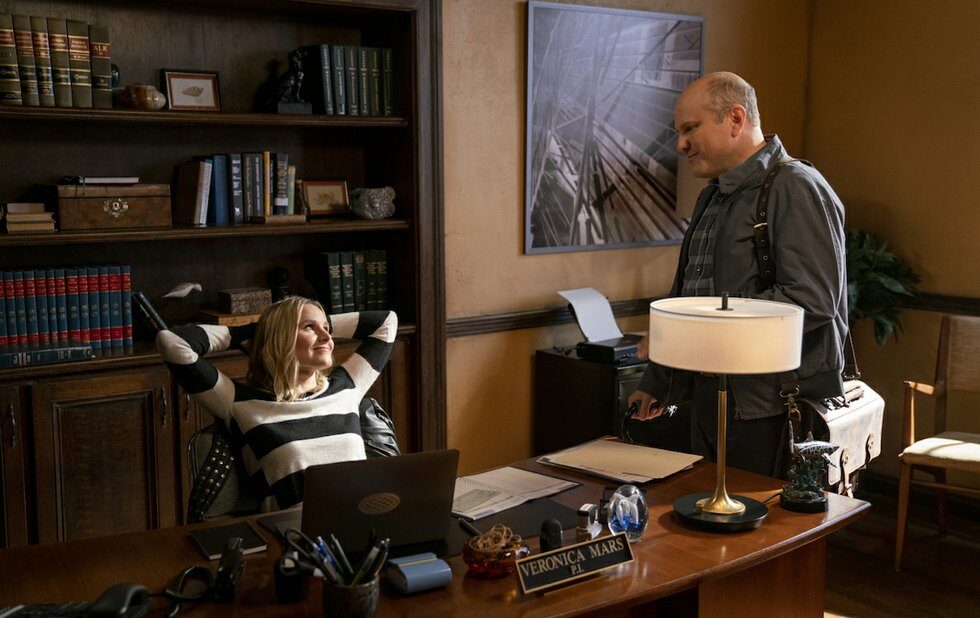 Five years after the fan-financed reunion movie proved there was still plenty of life in the premise of a teenaged-PI turned 20-something community crusader, creator/producer Rob Thomas and star Kristen Bell pick up the story for an eight-episode season 4 that finds Veronica and her dad, Keith (Enrico Colantoni), on the trail of a serial bomber plaguing the businesses of Neptune, California. Bell and Colantoni are accompanied by old friends (Jason Dohring as Veronica’s troubled soulmate Logan Echolls, Ryan Hansen as trust-fund dim-bulb Dick Casablancas) and new faces (J.K. Simmons, Patton Oswalt and Bell’s Good Place co-star Kirby Howell-Baptiste, among others). And Kareem Abdul-Jabbar is in the writers’ room, which is something no other show can boast. July 19

The Sarah Jessica Parker-fronted HBO dramedy is back for a six-episode run with a third showrunner in as many seasons. Following season one’s dark satire of heterosexual matrimony, creator Sharon Horgan (Catastrophe) took a backseat. Cruelly vindictive suburban New Yorkers Frances (Parker) and Robert Dufresne (Thomas Haden Church) became way more palatable in season two and the great support cast – including Molly Shannon and Talia Balsam – felt underused. The show offered a rare deep-dive into post-divorce dating life, but here’s hoping the shortest season yet will delve back into bigger existential issues and make better use of its talented ensemble. July 1

I Love You, Now Die: The Commonwealth Vs. Michelle Carter

Erin Lee Carr, director of Mommy Dead And Dearest (which inspired the recent dramatic miniseries The Act) and Thought Crimes: The Case Of The Cannibal Cop, returns with this two-part HBO documentary about the teenager convicted of involuntary manslaughter for coercing her long-distance boyfriend, Conrad Roy, to commit suicide… via text. Carr’s previous docs filter bizarre, potentially lurid material through a thoughtful, considered lens. This project – which breaks down the court case from the perspectives of both the prosecutors and Carter’s defense attorneys – seems like her biggest challenge yet. July 9 and 10

Girlhood and The Fourth Estate filmmaker Liz Garbus examines the 2011 murder of 12-year-old Garrett Phillips and its aftermath. Phillips was found strangled in his apartment, and police charged his mother’s ex-boyfriend, Oral “Nick” Hillary, despite the lack of witnesses and DNA evidence. Hillary was also the rare Black man in their upstate New York community. His relationship with Phillips underpins a tragic case with weighted questions about discrimination. July 23 and 24

The Hilarious House Of Frightenstein

The cult Canadian children’s series that first aired on Hamilton station CHCH in the early 70s becomes available on streaming for the first time – if you don’t count bootleg episodes on YouTube. The horror-themed show mixed sketch comedy with educational bits and starred Billy Van, Mitch Markowitz and horror icon Vincent Price, who featured in the opening and closing sequences. Given the show’s enduring appeal for genre fans, it will likely be watched by adults who have also presumably bought the limited-edition Frightenstein apparel and vinyl that has come out in recent years. July 19 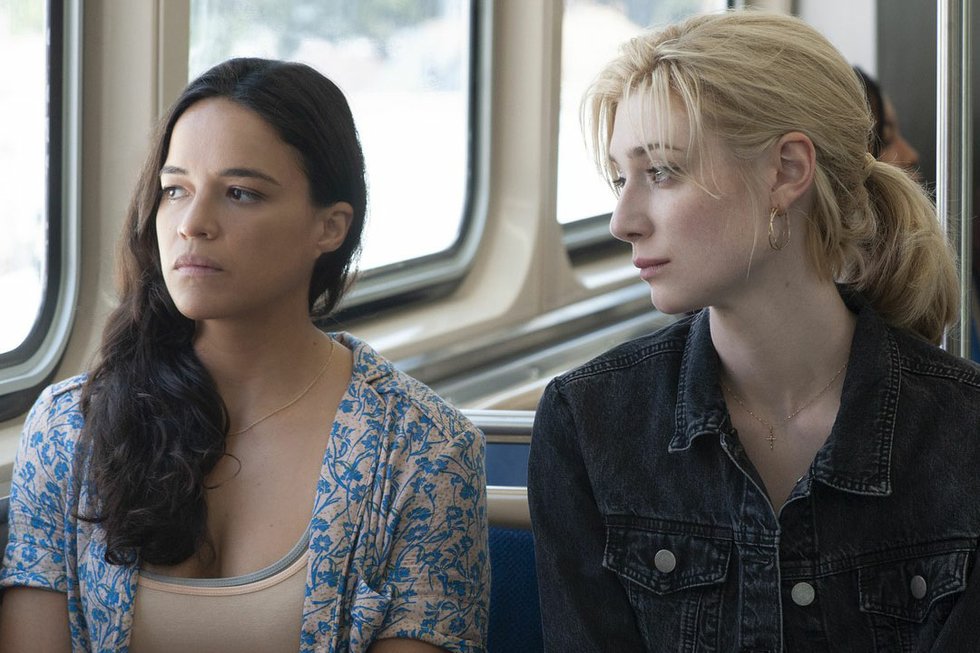 There’s a long take in Widows where the camera is mounted on the front of a car looking only at the windshield and streets passing by in the periphery. It begins like a curious stylistic tic, but then the shot’s purpose reveals itself in a “Whoa!” moment superior to any of the visual extravagance in Alfonso Cuaron’s Roma. That shot alone makes Steve McQueen’s Widows a must-see, but there’s plenty reason to savour the whole thing. The twisty, meaty and thoughtful heist thriller co-written by Gillian Flynn and starring Viola Davis is one of the most entertaining movies of 2018. July 26

Jasmin Mozaffari took home the best director prize at the Canadian Screen Awards for her tough yet sensitive debut. Andrea Arnold’s Fish Tank comes to mind in Mozaffari’s look at two young women (Michaela Kurimsky and Karena Evans) who we meet scrapping in a schoolyard. They’re otherwise scraping by, cleaning motels while planning to make a break from rural Ontario, where both the economy and misogyny feel oppressive.

Steven Spielberg’s first-contact thriller – which remains one of the most idiosyncratic, expectation-defying sci-fi films ever made – got a beautiful restoration for its 40th anniversary in 2017 and is now available to stream. Watching it on a smaller screen will, of course, diminish the dazzle of its visual effects sequences, but the emotional impact of Richard Dreyfuss and Melinda Dillon’s performances as ordinary people drawn into an extraordinary experience comes through just fine. So does the power of John Williams’s score, which remains one of his finest. And don’t worry too much about the “director’s cut” thing this is the same version of the film that’s been in circulation since 1997, sticking closely to Spielberg’s 1977 theatrical cut while adding one key scene from the 1980 Special Edition. No, not that one. No one needs that one. July 12 (with the Starz add-on)

If David Fincher is today’s Alfred Hitchcock, consider The Game his North By Northwest, a thrilling lark from a master filmmaker who still turns the screws better than any of his peers. Michael Douglas brings his Wall Street aura to his role as a wealthy investment banker who is gifted an elaborate role-playing game. Machine guns and bodies in the desert are all part of what is either the most expensive Hollywood production staged for an individual or something far more sinister. You may not buy it, but Fincher’s slick, meticulous direction will damn sure keep you glued to it. July 26 (with the Starz add-on)

The People Vs. Larry Flynt

Milos Forman juggles prestige pic conventions with just the right amount of smutty transgressions in his hilarious, surprisingly emotional biopic on Hustler Magazine’s Larry Flynt. Woody Harrelson and Courtney Love deliver powerhouse performances as Flynt and his wife, Althea, as they build up Hustler through periodic tussles with the Supreme Court. July 5 (with the Starz add-on)

The Hilarious House Of Frightenstein (season 1)

From The Earth To The Moon+

Sharks And The City: New York

Where The Truth Lies*

Places In The Heart*

The People Vs. Larry Flynt*

Close Encounters Of The Third Kind: The Director’s Cut*

Fantastic Beasts: The Crimes Of Grindewald+

Til Ex Do Us Part+

A League Of Their Own*

Once Upon A Time In Mexico*