In advance of the blockbuster sequel, TIFF rolls out a retrospective of the Quebecois director who's suddenly become Hollywood's hottest auteur 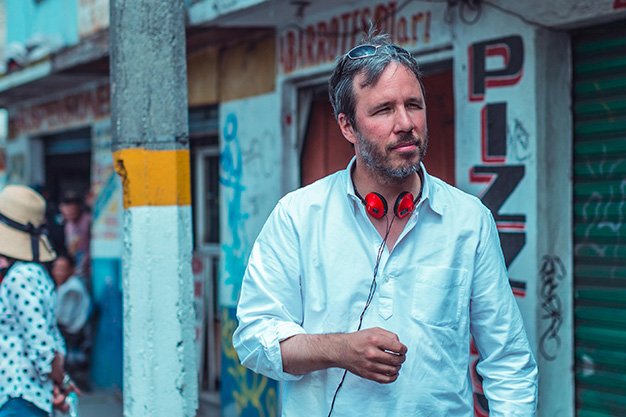 Now that he’s on the Hollywood A-list making Oscar contenders and gargantuan studio sequels, it feels like everyone’s forgetting just how weird and daring Denis Villeneuve is as a filmmaker. So this week, tied to the release of his feverishly anticipated Blade Runner 2049, TIFF is rolling out a retrospective to remind us. (Click the links to read our original reviews, where available.)

High Concept: The Films Of Denis Villeneuve opens tonight (Tuesday, September 26) with a double bill of his 2013 Toronto nightmare Enemy (starring Jake Gyllenhaal as twins, and Sarah Gadon as… someone important) at 6:30 pm and the 1996 Montreal-set anthology Cosmos, to which the young Villeneuve contributed a segment, at 9 pm.

There’s another interesting double bill on Wednesday (September 27), with his shattering Polytechnique at 6:30 pm (in its French-language edition, and in a 35mm print) followed by his 1998 debut August 32nd On Earth and a rarely-seen short film, REW-FFWD, at 8:30 pm.

The surrealistic 2000 drama Maelström stands alone Thursday (September 28) at 6:45 pm, as it should. It’s Villeneuve’s messiest movie, aesthetically and emotionally, and pairing it with any of his other films would seem weird. You should still see it – it’s a great movie, with a fantastic performance by Marie-Jose Crozée at its centre – but just bear in mind that it’s the odd one out in a cinema defined by a steady, cerebral aesthetic.

(Indeed, the only time Villeneuve’s even come close to making something like this is in his 2008 short Next Floor – which, sadly, is the only thing missing from TIFF’s retrospective.)

Incendies, a stylish adaptation of Wajdi Mouawad’s stage play, screens September 29 at 6:45 pm, followed by the flawed but watchable Prisoners September 30 at 9 pm, the kidnapping thriller that marked Villeneuve’s first American production – and demonstrated his facility with Hollywood A-listers like Hugh Jackman, Jake Gyllenhaal and Viola Davis. It starts strong but falls apart in the last act, but that’s more the fault of a script that trades tension for incredulity in its last act.

Villeneuve solved the tension issue in Sicario, his muscular drug-war thriller starring Emily Blunt, Benicio Del Toro and Josh Brolin that screens October 1 at 6:45 pm. And in his most recent film, Arrival (October 5, 9:15 pm), he broke entirely out of genre storytelling to create something richer and stranger – a movie about the challenge of communicating with a genuinely alien intelligence that’s also a movie about the challenge of creating a convincing cinematic alien, and hides a heartbreaking emotional narrative within itself.

I was trying to find a hook to this piece, but the films speak for themselves. Villeneuve’s a terrific storyteller with an unmistakable vision, and you should see everything he does on the biggest screen available, period.

August 32nd and Maelström are almost impossible to find on video, so start with those. And catch up on whatever else you can. (Maybe leave Prisoners to the bottom of the list.)

Also: if you’ve only seen Arrival once, it’s a very different experience the second time. Which, I suspect, is the reason Villeneuve made it.