Visual art doesn't always make for gripping documentaries. Art comes slowly and in relative silence, and most artists prefer not. 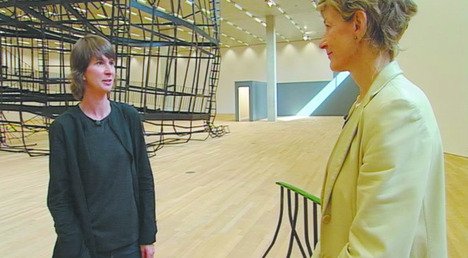 Visual art doesn’t always make for gripping documentaries. Art comes slowly and in relative silence, and most artists prefer not to work in the presence of a camera – so directors must be content with post-facto interviews, footage of gallery openings and the occasional talking head explaining why the subject is so beloved by the artistic community.

Keep that in mind while watching the Reel Artists Film Festival, which screens docs about visual artists all weekend at the Al Green Theatre.

Barring a breakout picture like The Art Of The Steal or Herb And Dorothy – films about the art world rather than a specific artist – the programming at Reel Artists has a certain sameness to it – one loving one-hour profile after another. Not that there’s anything wrong with celebrating a given artist, mind you it’s just that if you watch two or three of these films in a row, the formula soon reveals itself.

This year’s offerings include a free student screening of Pretend Not To See Me: The Art Of Colette Urban (Friday, February 26, 4:30 pm rating: NNN). Katherine Knight’s profile of the performance artist is a sort of greatest-hits of Urban’s work, with the artist restaging a number of her pieces – most of which involve her own objectification through discordant costumes – at her picturesque Newfoundland farm.

Michael Blackwood’s Two Artists: Andrea Zittel And Monika Sosnowska 1:1 (Sunday, February 28, 1 pm rating: NN) is basically a walking tour of Zittel and Sosnowska’s 2008 installation at Switzerland’s Schaulager, with the artists on site to take us through their exhibits and offer commentary.

Admirers of the artists will appreciate the chance to see them and their work, but the installation is clearly intended to be experienced in person flat digital video does nothing for the tricks of perspective and scale.

Rush seats are still available for the Sunday (February 28, 4:30 pm) encore screening of Tamra Davis’s Jean-Michel Basquiat: The Radiant Child, which opened the festival earlier this week but was unavailable for preview.