DC’s Doom Patrol is weird in a good way

Now available on Space and Crave, the Titans spin-off is willing to bend the rules of superhero television and get very, very strange 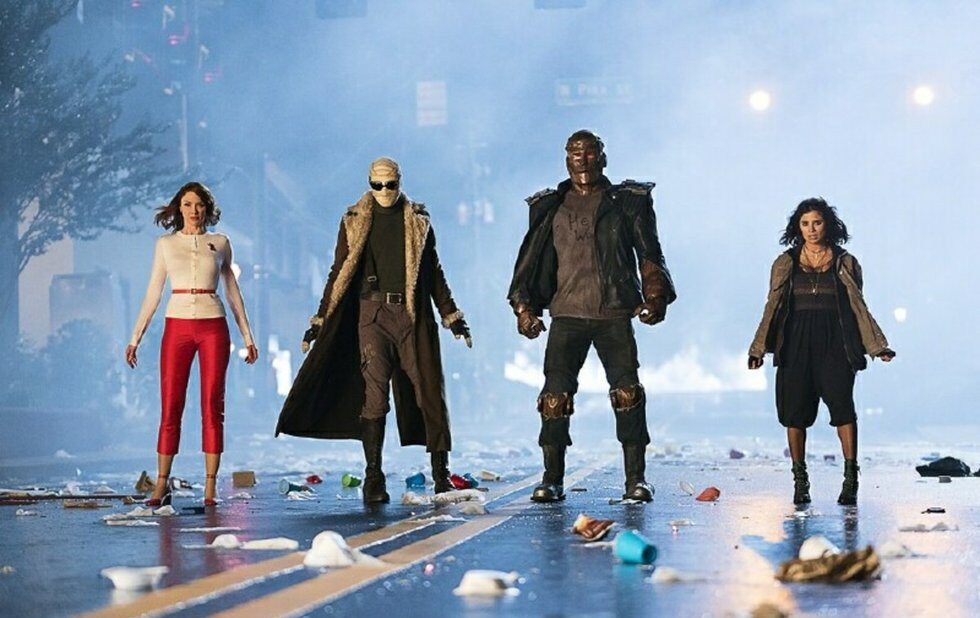 The trailer for the Joaquin Phoenix Joker movie is out, and people seem to like it. It’ll presumably be in theatres this weekend with Shazam!, if you want to see it all big and splashy.

Also fairly big news: my colleague Rad Simonpillai caught Shazam! last month and really liked it, so that’s encouraging. I’ll be catching up to it as soon as I can. But this week, for all that, my attention is focused on a different DC project: Doom Patrol, which made its Canadian debut yesterday on Space, where it’ll air Tuesdays at 9 pm. You can catch up to the episodes on Space.ca, and they’ll also be dropping on Crave every Friday starting tomorrow (April 5).

Produced for the DC Universe streaming service in the U.S. – which also carries its companion series Titans – Doom Patrol follows the adventures of DC’s strangest superheroes, a group of freaks and misfits under the care of the driven man known as the Chief (Timothy Dalton). Shut away in a stately mansion for decades, they’re mostly content to wallow in self-loathing rather than engage in any world-saving activities.

This makeshift family consists of Rita Farr (April Bowlby), a 50s matinée idol whose body can expand or condense as needed Negative Man (voiced by Matt Bomer, who also plays the human version of the character in flashbacks), a 60s test pilot who can release a powerful energy being for 60 seconds at a time Robotman (Brendan Fraser, ditto), an 80s race-car driver whose brain has been transplanted into a clunky metal body, and Crazy Jane (Diane Guerrero), each of whose 64 personalities have their own specific ability.

Jane’s presence is the first clue that the series will be drawing heavily from writer Grant Morrison’s revolutionary run on the title 20 years ago, which exploded the standard heroes-and-villains format by reconfiguring many of the relationships, introducing literal absurdity into the characters’ world, and plumbing the existential tragedy at the centre of the whole “freaks fight evil” conceit.

The show – developed by Jeremy Carter, whose credits include the U.S. remake of the BBC’s Being Human and the recent Frequency – doesn’t go all the way into Morrison-land, preferring a more delicately meta approach: only the narration, from self-aware villain Mr. Nobody (Alan Tudyk), breaks the fourth wall. Although the farting donkey that appears at the end of episode one to swallow an entire city is pretty weird too.

The second episode brings in Joivan Wade as Cyborg – but a younger, considerably happier version of the character we’ve seen on the big screen in Batman V Superman: Dawn Of Justice and Justice League – who rallies our moping metahumans to search for the missing Chief, who’s been yanked into that donkey by Mr. Nobody. And that’s where Doom Patrol starts to feel like the show it wants to be, exploring the tragic state of its misfit family, who’d all prefer to be living normal lives – or maybe not living at all – to existing in their current states.

There’s still weirdness aplenty, especially in an interrogation scene where Cyborg tries to figure out which of Jane’s personalities has the information he needs about that donkey, but it’s the emotional core that got me invested in Doom Patrol in a way I never really was with Titans. If you’re looking for a new, weird superhero show, this one certainly has potential.