A Canadian movie about Trinidadian doubles is in the works 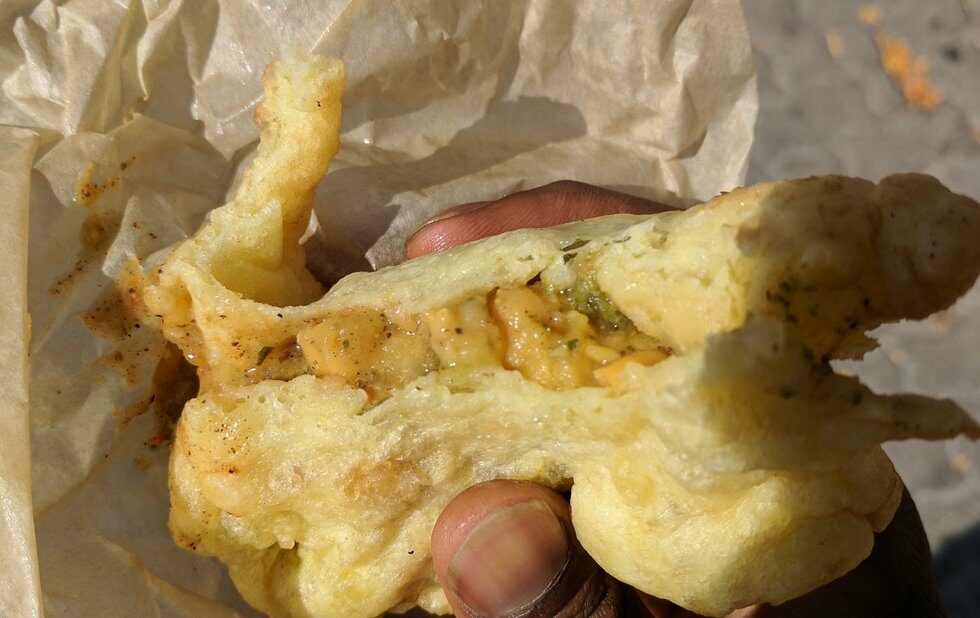 Canada is getting its own movie about doubles.

You heard that right: Doubles, the Trinidadian street food in which chickpeas in a spicy filling come housed between two warm and fluffy rotis. Our memories of times spent chowing down at Drupati’s, ACR Hot Roti and Mona’s are about to get big-screen recognition.

Trini-Canadian filmmaker Ian Harnarine plans to expand his Spike Lee-executive produced, TIFF prize-winning short film Doubles With Slight Pepper to feature length. The father-son drama is among the 31 first feature and web projects to receive financing through funding body Telefilm’s Talent to Watch program. The list was announced on June 12.

Other Ontario-based projects to get greenlights include Chandler Levack’s Rejects Night, a period piece about a teenage cinephile working at a Blockbuster Video Kelly Fyffe-Marshall’s Summer Of The Gun and Prism Prize-winning director Fantavious Fritz’s The Maiden.

“As greater inclusion is a key priority, this year’s cohort of talent is one that better reflects the rich diversity of our country,” Telfilm executive director Christa Dickenson said in a statement. “Beyond reaching gender parity in this cohort of projects, they also represent the strength of the regions and their cultural vibrancy. In addition, there are multiple projects with stories and voices from the LGBTQ2+ communities.”

Now in its second year, the Talent to Watch is a newer iteration of Telefilm’s previous micro-budget program and provides $125,000 in funding to first-time filmmakers. The projects are selected through a peer-review process.

“We’re hoping we crack open the floodgates of voices you just never would hear, ever,” said Nirvanna The Band The Show filmmaker Matt Johnson in an interview with NOW last year. Johnson and producing partner Matthew Miller consulted with Telefilm to redesign the process for discovering new voices.

“Regional diversity and diversity of voice is in the top two considerations for our jury, which is a major thing that we changed,” he added. “Now Telefilm is not selecting these films internally. It’s all peer juried, which is crazy. That’s never happened before.”

This year’s cohort is down in size from the approximately 50 projects funded in the first cohort.

A previous version of this story quoted a statement emailed to NOW from Telefilm citing logistical reasons and a drive to better support a refined selection of projects. That statement was issued in error, according to Telefilm reps.

The reason, the reps explained, is because there are still more projects to announce from the Talent to Watch’s fast track stream. Filmmakers whose debuts landed at Sundance, Berlin, Cannes, Venice or the American Indian film festivals automatically qualify to receive $500,000 for their sophomore feature. Ashley McKenzie and Pascal Plante, whose respective films Werewolf and Fake Tattoos played at the Berlin International Film Festival, are receiving fast-track funding from this year’s Talent Fund for upcoming projects.

We have yet to see projects from the first Talent to Watch cohort. Some are just completing post-production while others have yet to go to camera. So we can expect to wait a couple years before we get to see Harnarine’s doubles movie. And longer still if we ever get around to Patty and Coco Bread: The Movie.