The director sounds off on apathy in America, the various limitations of filmmaking and his new six-part series about murder, LSD and the CIA 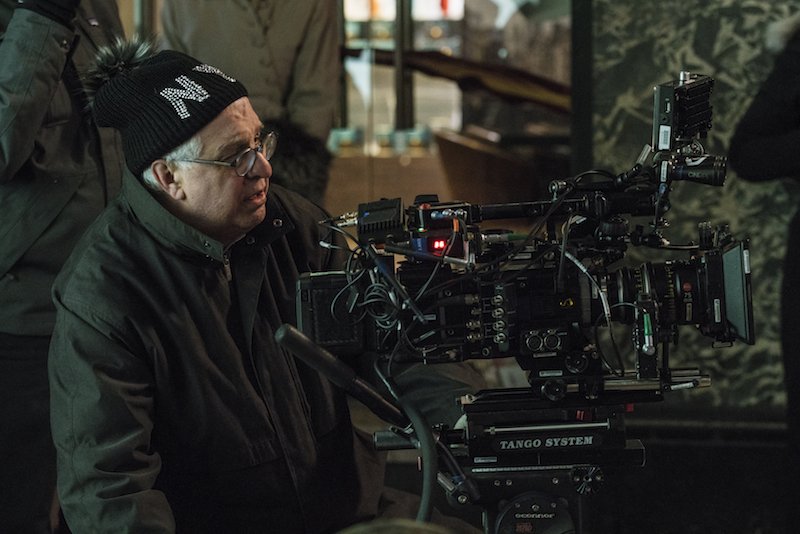 In Errol Morris’s new Netflix series Wormwood, the Oscar-winning documentarian, innovative commercial filmmaker and morally engaged public intellectual pulls apart the events leading up to the November 1953 death of Frank Olson, a CIA-employed scientist and biochemist, on a sidewalk in Manhattan.

In 1975, the American government revealed that Olson’s death was the result of a CIA experiment in which several people were unwittingly dosed with LSD. They claimed Olson had a bad trip and ultimately jumped to his death from the 13th floor of a hotel. Olson’s son Eric doubted the official story and has spent decades trying to get to the truth. His insistence that more was going on is the foundation of Wormwood, which incorporates elaborate dramatic re-enactments featuring Peter Sarsgaard, Molly Parker and Christian Camargo, among others.

It’s an ambitious undertaking, to say the least, and Morris was more than happy to talk about it.

Your last project was a 75-minute theatrical feature about a friend Wormwood is a six-part Netflix series exploring a murder mystery that stretches over six decades. What made you decide this story needed to be told in this way?

Do I have to tell the truth?

Um… probably the truth is I don’t know. They were willing to give me money for a series. The stories seemed to me at the outset and still seems to me, having made Wormwood, to be a big story. So why not?

One of the really interesting things about streaming series is watching filmmakers cope with the absence of formal limitations. You don’t have to conform to a set running time or even a number of episodes, no need to structure act breaks. Is it liberating or terrifying?

Well, think of all of the limits that were imposed on filmmaking one way or another. Like aspect ratios: a film would come out in the 30s with Academy aperture, 1.33:1, then suddenly there’s 1.85:1 [in the 50s] and then there’s scope – now there’s anything you want! The aspect ratio can be anything you want! And in Wormwood, although no one ever comments on it, the aspect ratio is constantly changing. I’m collaging images, I’m using mirror reflections, I’m combining genres.

I sold it as “the everything bagel” – you were going to have not just reenactments, you’re going to have straight drama. You’re gonna have actors and drama and a script.

The series features your most ambitious use of re-enactments yet, with Peter Sarsgaard playing Frank Olson as a dramatic character for long stretches. How did you pitch it to him? How do you get that performance within the space of a documentary?

I was with Peter and [co-stars] Molly Parker and Christian Camargo yesterday, talking about working with actors. How do you get a great performance from somebody, either in an interview or in a scripted drama? It’s not so different. It’s creating a situation where things can happen in front of the camera. I don’t believe in giving lots of instructions I believe in creating some situation where people can create something in front of the camera. I told Peter very early on that one of the reasons I liked him so much as an actor is when he said nothing at all, he was at his very best. He jokes about it, but it’s true.

Your visual approach is very different here, too, forgoing the Interrotron for a more stylized aesthetic.

You’re going to have interviews [shot] with as many as 10 cameras… it’s quite amazing, someone pointed that out early today, that we had 10 cameras and we never see another camera in any of the shots. And I have to say that is an amazing achievement on the part of Ellen Kuras.

And those choices inform the whole movie – giving us the sense that everyone’s always being watched, both in the recreations and in the interviews.

It gives you a sense of the whole collaged nature of storytelling, and investigation in general. The idea that our conception of the world around us, of reality, is a collage – a tapestry taken from diverse elements. So there’s a metaphor in the style hidden away there somewhere.

The other metaphor is right out front, in the title. Wormwood, as it’s cited in Hamlet and the Bible, refers to an element that poisons everything around it – much like, say, the rot that runs through the various institutions that have been working to cover up the specifics of Frank Olson’s death. You’ve been explaining that to people on Twitter for the last week or so but, I mean, how do they not get that?

I don’t know. People don’t get almost everything. You’re the first person really to talk to me about wormwood, per se.

Yeah. Ultimately, Wormwood is a story about our country being poisoned by lies. Where does it take us to have a democracy that just habitually lies to the people? Government based on lies. How’s that gonna work out for us in the end? Maybe not so well.

There’s a certain kind of despair, a certain kind of apathy that sets in. I don’t know what’s responsible for all of this… it would be nice to blame somebody or something. The internet has worked against basic freedoms, I think. You would think that there is something egalitarian, something populist about the internet. But it’s worked out differently. There’s enough stuff out there that people can choose to listen to [whatever] reinforces the beliefs they already have or want to have. There are various island communities that are just stoked with one crazy belief or another.

Wormwood, I hope, is very much a story for our times. A story of cover-ups, a story of misinformation. A story where the essentials of the story are denied, repeatedly denied, and replaced with other stories that are untrue. And we just keep moving ahead. I still see another episode of Wormwood on the horizon. We’ll see if it’s possible, if Netflix wants to do it.

Will it still be Frank Olson’s story?