Ethan Hawke is not wrong about superhero movies 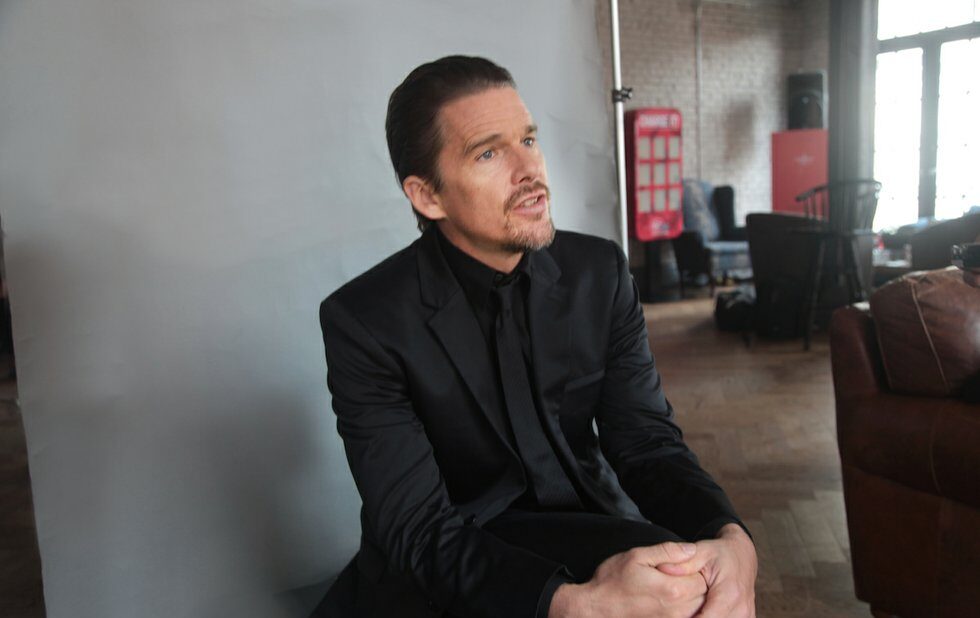 Earlier this week, Rory O’Connor of The Film Stage published his interview with Ethan Hawke. Conducted at the Locarno Film Festival, it was one of those great, wide-ranging conversations, with the actor touching on everything from the journeyman nature of his job to the possibility of making another Before movie with Richard Linklater and Julie Delpy.

And then, at the very end, a tangent about the value of film festivals – which bring movies that might never find distribution in an industry dominated by major-studio franchise productions – led to this observation about the studios reshaping the discourse around cinema”

“Now we have the problem that they [the studios] tell us Logan is a great movie. Well, it’s a great superhero movie. It still involves people in tights with metal coming out of their hands. It’s not Bresson. It’s not Bergman. But they talk about it like it is. I went to see Logan cause everyone was like, “This is a great movie” and I was like, “Really? No, this is a fine superhero movie.” There’s a difference but big business doesn’t think there’s a difference. Big business wants you to think that this is a great film because they wanna make money off of it.”

The internet being the internet, that last quote – or a disingenuous paraphrase of it – is all most people heard about: Ethan Hawke, that actor who makes all those indies, was shitting on superhero movies. But here’s the thing: Ethan Hawke is not wrong.

As good as it is – and I think it’s very, very good – Logan is not a great movie as Hawke is defining them. By invoking Robert Bresson and Ingmar Bergman in the same breath, he’s gesturing in the direction of some of the greatest movies ever made: films that grapple with spirituality and mortality in a way that clearly appeals to Hawke, the star of Paul Schrader’s First Reformed. Yes, Logan is also about mortality. No, it’s not the same.

Hawke is talking about transcendent cinema, and superhero movies have yet to deliver a film that qualifies. It’s a genre that tends towards escapism, which inherently keeps it from turning inward: Peter Parker has angst, and Superman has a God complex, but that’s about as deep as things ever get.

Oddly enough, I’d say M. Night Shyamalan’s Unbreakable is the only superhero movie that even comes close to meeting Hawke’s standard its examination of the moral obligation of exceptional people to do good, even if they’d prefer to live ordinary lives, is definitely something that Bergman and Bresson (and Schrader) would recognize. But no one thinks about Unbreakable that way these days. Now, thanks to Split, it’s just part of the gimmicky Shyamalan Extended Universe.

Naturally, Unbreakable didn’t come up in the Twitter frenzy over Hawke’s observation – the frenzy was all about choosing sides in the face of an insult. And no one gets defensive faster than superhero fandom, who have somehow failed to notice that superhero cinema has become the dominant mode of American moviemaking, its output earning literally billions of dollars a year with no end in sight.

No, the fanboys are still behaving like these things belong exclusively to them, unaware that the media saturation of superhero news is happening because everybody else is going to see Marvel movies too. Including Ethan Hawke, who’s allowed to form his own goddamn opinion.

Superhero Nonsense will be on a break for the next two weeks during the Toronto International Film Festival and will return the week of September 17.