Including a remake of a horror classic, another adaptation of a sci-fi epic and a movie musical that doesn't rely on CGI fur 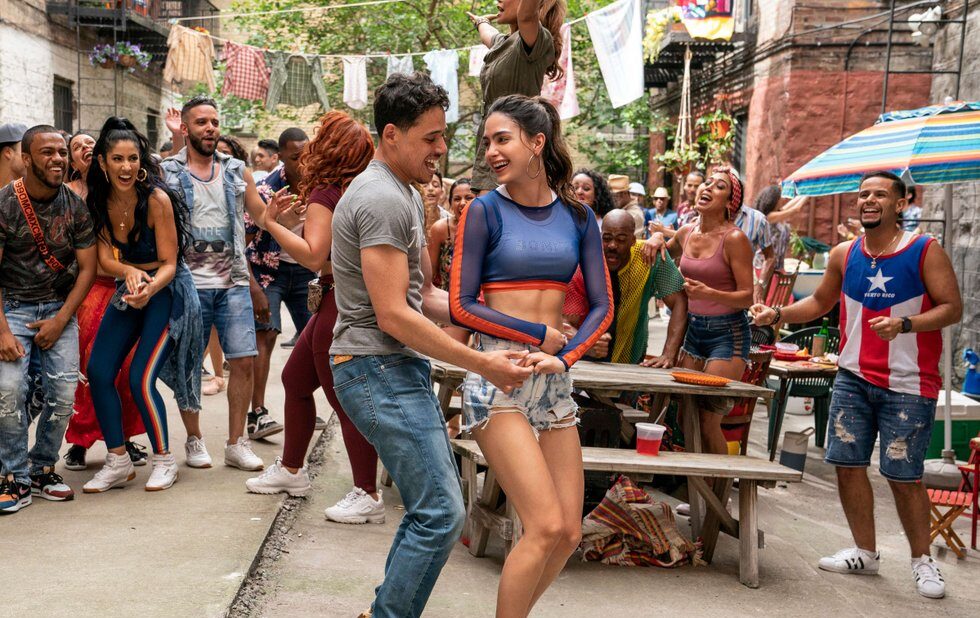 In The Heights should reach movie musical heights this summer.

So many movies are coming out in 2020 that it’s a practical impossibility to see all of them. (More accurately, one could watch them all, but one wouldn’t have time to review them.) So what should you be sure not to miss? Here are a few titles – some of which we’ve seen, and some we’re looking forward to seeing – to get worked up about. If available, we’ve provided release dates, which are subject to change.

Having given up on that dopey Dark Universe idea, Universal Pictures is just going straight-up dark with this stand-alone reimagining, as writer/director Leigh Whannell (Insidious 3, Upgrade) turns H.G. Wells’s tale of transparency and madness into the story of a woman (Elisabeth Moss) who can’t get anyone to believe her abusive ex – disappeared, and believed dead – is still tormenting her. As modern metaphors go, it’s a pretty effective one. February 28

Chasing the next Uncut Gems? Yonah Lewis and Calvin Thomas’s latest – one of TIFF’s Canada’s Top Ten selections for 2019 – has a similar ticking-clock tension, and an equally enigmatic protagonist in Kacey Rohl’s Katie, a Hamilton college student trying to keep her friends and family from finding out she’s faked her cancer diagnosis. It’s both an incisive character study and a relentless psychological thriller, and with any luck it’ll build the same word of mouth as the Safdies’s current hit. February/March

Although this adaptation of the Disney musical has already been plagued with controversy – on social media, lead Liu Yifei supported Hong Kong police during the anti-government protests, prompting boycotts – the material could actually work as a live-action film. Director Niki Caro made her name helming another adventure film about a powerful young girl (Whale Rider). And Liu is surrounded by lots of great Asian talent, including Donnie Yen, Jason Scott Lee, Gong Li, Jet Li, Tzi Ma and Rosalind Chao. March 20 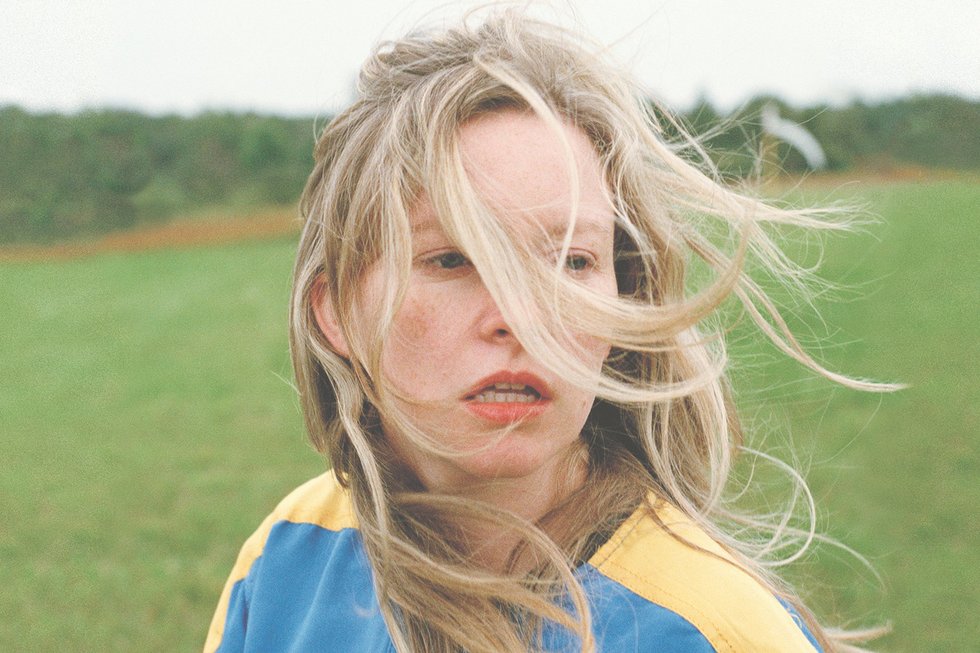 Deragh Campbell is stunning in Kazik Radwanski’s Anne At 13,000 Ft.

Buzzed at TIFF – where it screened in the prestigious Platform program – and named one of Canada’s Top Ten features for 2019, Kazik Radwanski’s devastating, claustrophobic character study showcases an incredible performance from Deragh Campbell as a Toronto day-care worker spiraling through a couple of very bad weeks. See it on a big screen it’s as empathetic and crushingly intimate as they come. Spring

Although it’s a sad commentary on Marvel’s priorities that it took this long for Scarlett Johansson’s Russian dark-ops specialist to get her own movie – she was, after all, one of the first Avengers to appear on-screen – at least that movie looks to be interesting. It’s directed by Australian minimalist Cate Shortland (Somersault, Lore) from a script by Ned Benson, whose The Disappearance Of Eleanor Rigby was one of the best American movies of the last decade. Also, Little Women’s Florence Pugh is playing Yelena Belova, a character trained to be exactly as dangerous – and as clever – as Natasha herself. We’re in. May 1

Of all the horror movies currently being remade, Bernard Rose’s 1992 creeper – about a researcher of urban legends who inadvertently summons a vengeful but deeply romantic ghost – seems both really ripe for reinvention and awfully dangerous as a property. Which means expectations couldn’t be higher for Nia DaCosta’s take, billed as a spiritual sequel to Rose’s film and set in the same racially charged milieu of Chicago’s Cabrini Green. Also, Yahya Abdul-Mateen II is in it, and he’s having a hell of a run. June 12

A couple of days before the disastrous Cats movie opened (the version without the “improved visual effects”), Warner Bros. released the trailer for the film adaptation of Lin-Manuel Miranda (Hamilton) and Quiara Alegría Hudes’s Tony Award-winning musical. And it kinda broke the internet. This, viewers exclaimed, is what a movie musical is all about! Full of real Manhattan locations, lively choreography (including a sequence in a swimming pool) and appealing actors (Anthony Ramos, Melissa Barrera, Corey Hawkins, Leslie Grace), the movie – directed by Crazy Rich Asians’ John M. Chu – looks scorching. Could be the summer’s big hit. June 26

Not much is known about Christopher Nolan’s latest, and that’s clearly how he wants it the marketing campaign is remarkably opaque, even for him. What we do know is that John David Washington, Robert Pattinson and Elizabeth Debicki are in it, whatever they’re doing is clearly very important, and apparently it has something to do with time travel. Good enough. July 17 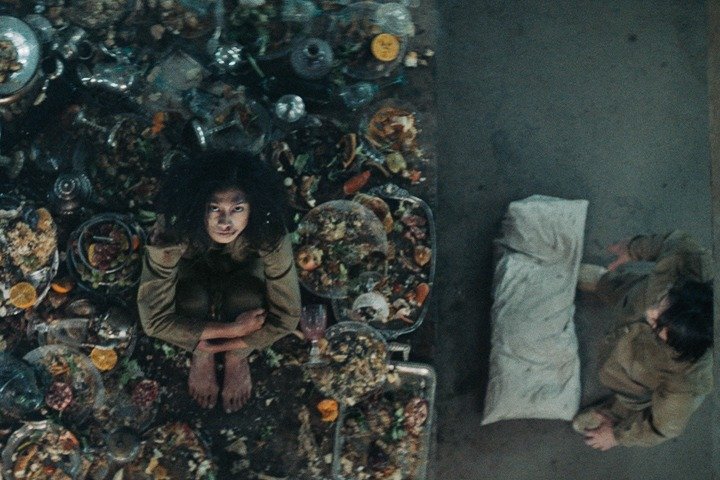 Midnight Madness hit The Platform gives you lots to chew on.

Acquired by Netflix at TIFF last year – just before it won the Midnight Madness people’s choice award – Galder Gaztelu-Urrutia’s allegorical horror movie is set in a massive dystopian prison that offers its inmates enough food to go around … but only if everyone takes their rightful share, which of course never happens. From this fiendishly simple premise springs one of the most gripping cinematic experiences in recent years it’s like grindhouse Buñuel, in the best possible way. Release date TBA

Acquired at TIFF by Amazon, screenwriter Darius Marder’s debut feature stars Riz Ahmed (Rogue One, The Sisters Brothers) as a noise-metal drummer trying to cope with sudden, devastating hearing loss. It’s the showcase the actor has long deserved, supported by an assaultive, near-experimental sound design that’ll almost certainly be lost on home viewers – so see it theatrically if you can. Release date TBA 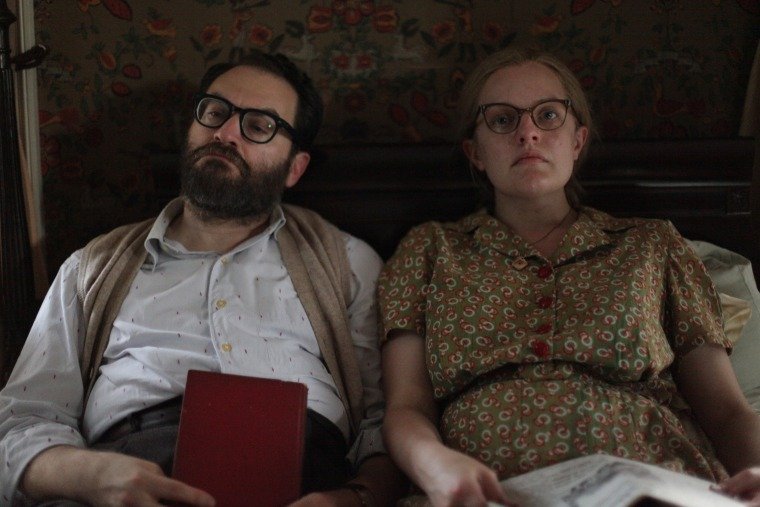 Elisabeth Moss, pictured with Michael Stuhlbarg, plays Shirley Jackson, author of The Lottery and The Haunting Of Hill House.

Josephine Decker’s Madeline’s Madeline was one of the most immediate, impressive breakouts of the last decade, so we’re expecting great things from her follow-up, a drama starring Elisabeth Moss as the writer Shirley Jackson (The Haunting Of Hill House), Michael Stuhlbarg as her husband Stanley Hyman, and Logan Lerman and Odessa Young as a young couple they take in as lodgers. Premieres at Sundance, with a release date TBA

After the very American thrills of Baby Driver, Edgar Wright goes back to England for his new venture. Co-written by 1917’s Krysty Wilson-Cairns, it appears to be set in the 60s, but it might not be it casts The Witch’s Anya Taylor-Joy, Jojo Rabbit’s Thomasin McKenzie and Doctor Who’s Matt Smith alongside actual Swinging London icons Diana Rigg and Terence Stamp, and it may or may not be a horror movie. We’ll all find out in the fall. September 25

All previous attempts to bring Frank Herbert’s far-future epic to the screen have ended in ignominy and failure: David Lynch’s baroque 1984 feature nearly killed his career, and the cable TV miniseries of the 2000s were underfinanced and overwritten. Will Denis Villeneuve break the curse with his much-anticipated multi-stage production, starring Timothée Chalamet, Zendaya, Oscar Isaac, Rebecca Ferguson and Jason Momoa? Who knows, but it’ll look great. November 20

Sure, we’re currently in the midst of awards season. But this time next year, we might all be talking about Paul Greengrass’s adaptation of Paulette Jiles’s bestselling novel. The film, about a newsreader in the 1870s tasked with safeguarding an orphaned girl across the Wild West to relatives, has all the hallmarks of Oscar bait: a Christmas Day release, Tom Hanks in Man Of Honour mode (the bushy white beard he sported during TIFF 2019 was because he was still filming it) and scenes of post-Civil War American life. December 25