In the spirit of the Share Her Journey Rally for gender equity in film, here are a handful of films you should prioritize at TIFF 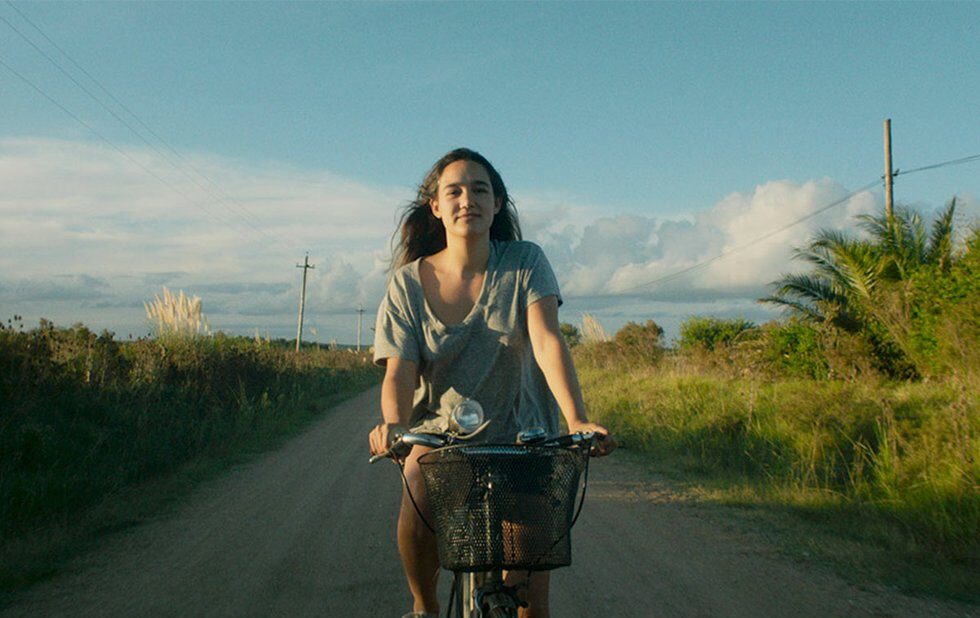 Hollywood has never been fair to women, but the film industry only started taking these complaints seriously when the #MeToo and #TimesUp movements started last year. In 2017, only 18 per cent of all directors, writers, producers, editors and cinematographers on top-grossing films in the U.S. were women, and that’s only a fraction higher than in previous years.

On September 8, women will continue to expose the film industry’s dark side by protesting TIFF’s Festival Street. The Share Her Journey Rally follows similar events that have taken place at major film festivals around the world including Sundance and Cannes.

When it comes to what’s on screen at TIFF this year, 34 per cent of all films were directed by women. Within the Discovery program of new and up-and-coming filmmakers, female directors fared slightly better, holding 48 per cent of all titles.

Here are 10 films directed by women that shouldn’t be missed.

Indian filmmaker Rima Das returns with her follow-up to Village Rockstars, which screened at TIFF last year before sweeping India’s National Film Awards. Das’s new film Bulbul Can Sing is a coming-of-age drama set in her hometown, Assam. Caught between traditional rules and modern life, free-spirited Bulbul and her two best friends struggle to define their own identities. And when Babul develops feelings for a boy, societal pressures become unbearable.

Nicole Kidman stars as LAPD detective Erin Bell in director Karyn Kusama’s (Jennifer’s Body) latest drama. Hardened by her demanding job, Bell is forced to reopen a previous life when a fresh murder case sends her down a gruesome path. As she works to uncover the clues, she must confront her own demons. In addition to a transformative performance by Kidman, Kusama’s gritty noir also stars Canadian actor Tatiana Maslany.

Part of TIFF’s Discovery program, Emu Runner is the first feature film from Australian director Imogen Thomas. Set in a remote community in New South Wales, the film follows Gem (newcomer Rhae-Kye Waites), a spirited girl who forms a meaningful bond with an wild emu as she tries to cope with her mother’s unexpected death. While the bird brings Gem solace, it also attracts the attention of a local social worker (Georgia Blizzard), whose inexperience and idealism puts those she must care for at risk.

Set in 1960s Ireland, Carmel Winters’s family drama follows teenage Frances (Hazel Doupe), who’s determined to pursue her dreams of being a boxer. But her father (Michael Davaney) can’t see past his own sexist, old-fashioned views, even if his own idol is Muhammad Ali. Instead, Michael believes fighting is only for boys and girls are better married off. The father-daughter relationship comes to a head when the two set off on the road and Frances is provided an opportunity prove her abilities.

First-time director Naziha Arebi takes audiences to post-revolution Libya as in this documentary that follows a group of young women hoping to play soccer for their country one day. Their challenge, however, is extraordinary, as the women struggle to gain respect, resources and the right to play in a society caught between two worlds.

Directed by Mélanie Laurent, who’s best known for on-screen roles in Inglorious Basterds and Beginners, this pulpy thriller is based on Nic Pizzolatto bestselling novel. Set in New Orleans, Roy (Ben Foster) is a wounded hitman on the run. In tow are sex worker Raquel (Elle Fanning) and her kid sister, forced to outsmart the killers on their tail. Laurent has directed The Adopted, Breathe and Plonger, but Galveston is her English-language debut.

Nigerian-born Nollywood star Genevieve Nnaji directs and stars in this sharp and observant comedy. Adaeze (Nnaji) is an executive at her father’s bus company, Lionheart Transport, but when her father falls ill, she’s passed over for her incompetent uncle. Not wanting to go against her father’s wishes and balancing everyday sexism with family values, Adaeze must figure out how to shift gears.

Montreal-based Katherine Jerkovic’s debut feature follows a young woman struggling to rekindle her relationship with her paternal grandmother as she mourns the death of her father. Sarah (Arlen Aguayo Stewart) arrives in rural Uruguay to visit her grandmother, who still hasn’t accepted why her son left for Canada a decade ago. Now that they’re both grieving, tensions are high, and Sarah must reconcile the distance between her ideals and reality.

Tell It To The Bees

Anna Paquin and Holliday Grainer star in Annabel Jankel’s period drama based on Fiona Shaw’s book. Set in post-war Britain, two women living in isolation befriend each other when a beekeeper takes her son to the small-town doctor. Their friendship eventually turns into something more, which places both women in danger.

A remake of Israeli filmmaker Nadav Lapid’s film, The Kindergarten Teacher sees Maggie Gyllenhaal as Lisa Spinelli, a kindergarten teacher yearning for more in life. When she realizes that one of her five-year-old students could be a poetry prodigy, she takes it upon herself to showcase his genius, even if it’s against the wishes of everyone else in the boy’s life. Gyllenhaal gives a memorable and fierce performance under director Sara Colangelo’s guidance.