The film fest wraps up this weekend,. 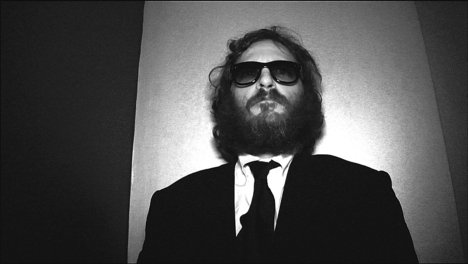 The film fest wraps up this weekend, but there’s still lots to catch. Take advantage of the extra Sunday (new this year), because you never known when these films will screen again. And keep your eye on our special TIFF guide for the latest reviews. See you in line.

IN A BETTER WORLD – Susanne Bier’s riveting drama looks at two families coping with issues of morality and vengeance. (2:45 pm at the AMC 5)

UNCLE BOONMEE WHO CAN RECALL HIS PAST LIVES – Apichatpong Weerasethakul’s Palme d’Or winner is a lovely magic-realist study of a man who welcomes visits from friends and relatives both living and spectral as his own death looms. (10:30 pm, Isabel Bader)

IT’S KIND OF A FUNNY STORY – Canada’s Keir Gilchrist is terrific in this affecting drama as a suicidal teen who checks into a psych ward, where he meets a troubled father (Zach Galifianakis) and other characters. (9 am, Varsity 8)

OF GODS AND MEN – This stately, gorgeously shot and moving drama (winner of the Cannes Grand Jury Prize) is based on the true story of seven Trappist monks who were slain near their monastery in the hills south of Algiers in 1996. (3 pm, Scotiabank 11)

I’M STILL HERE – Decide for yourself if Casey Affleck’s film about retired actor/aspiring rapper Joaquin Phoenix is a hoax or not. It’s fascinating viewing either way. (8:30 pm, Varsity 8)

CLIENT 9: THE RISE AND FALL OF ELIOT SPITZER – Way more than a voyeuristic look at the former New York governor’s sex scandal, Alex Gibney’s fascinating work of investigative journalism explores hubris and the cost of pissing off powerful people. (9:15 am, Scotiabank 4)

THE TRIP – Tristram Shandy’s Rob Brydon and Steve Coogan reunite for this improv-based look at two men on a road trip through the English countryside. (3 pm, Ryerson)