NOW MagazineMovies & TVNews & FeaturesFive movies to see at Inside Out 2020

Canada's largest LGBTQ+ film festival is going online this year, so here are five titles that look to be worth a click 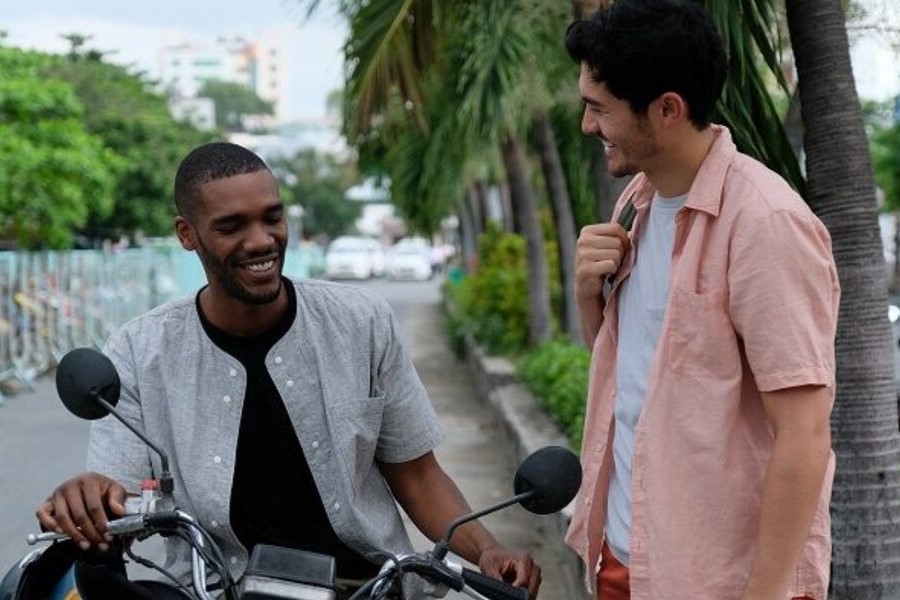 Other than a couple of drive-in screenings, the 30th anniversary edition of LGBTQ+ film festival Inside Out is an entirely online affair, which, with COVID numbers clicking up again, isn’t the worst thing in the world.

Here are five titles we think will be worth a click, though of course they’re just a fraction of the full 2020 program.

Two closeted Irish teens (Fionn O’Shea, Lola Petticrew) decide to date each other to put an end to rumours about their respective sexual orientations in this 90s high-school dramedy from writer/director Freyne – which represents a considerable pivot from his last picture, the Ellen Page zombie thriller The Cured. O’Shea was terrific in the Inside Out 2017 entry Handsome Devil and Pettigrew popped in last year’s TIFF comedy A Bump Along The Way, so this looks like it could be a charmer.

The latest from British-Cambodian filmmaker Khaou (Lilting) casts Henry Golding of Crazy Rich Asians, A Simple Favor and The Gentlemen as a Vietnamese émigré who returns to Ho Chi Minh City for the first time in decades to scatter his parents’ ashes, and finds an unexpected connection with another expat played by P-Valley’s Parker Sawyers. That description makes it sound a little like a gay spin on The Farewell, but there’s something else going on here too. Check it out.

If you missed it at TIFF, Inside Out offers you another shot at Chin-Yee and Joynt’s documentary about the life of trans jazz musician Billy Tipton, which is as much about trans life now as it is about Tipton’s own history. Kevin Ritchie wrote Chin-Yee and Joynt “vividly capture the emotional impact of recognizing aspects of one’s own story in the life of another.”

The Obituary Of Tunde Johnson

A gay Black teenager (Steven Silver) is trapped in a time loop that always ends with him dying at the hands of the Los Angeles Police Department in LeRoi’s first feature, which carries a lot more resonance now than it did when it flew under the radar at TIFF last fall. The twist is that Tunde isn’t aware of the loop – but he unconsciously carries the weight of each trauma, which is a terribly effective metaphor for Black people’s lives in contemporary America.

A buzzy hit at TIFF last month, writer/director Seligman’s clipped comedy of manners follows a young New Yorker (Rachel Sennott) as she spends the day at a shiva in Brooklyn with her nagging parents (Polly Draper, Fred Melamed), her glowering ex (Molly Gordon) and the sugar daddy (David Deferrari) she’d banged earlier that morning … along with the wife (Dianna Agron) and baby he hadn’t bothered to mention.

Available to stream October 8-11 at insideout.ca