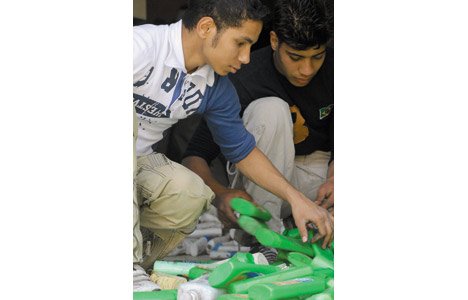 Garbage Dreams is guaranteed to change the way you look at waste workers. In the Egyptian town of Zaballeen, the largest garbage village in the world, three teenagers and their co-workers proudly gather trash and – way ahead of their time – recycle 80 per cent of it.

A sequence in which two of the young workers are sent to Wales to learn new practices is brilliant. The boys show immense pride in the mere fact that they’re wearing uniforms, and there are some funny culture-clash moments.

Then a foreign company swoops in and sets back the recycling process. A social worker tries to help the workers organize, but it’s hard to battle back against powerful outside interests.

It turns out it’s not the job that strips these workers of their dignity but the globalization process.