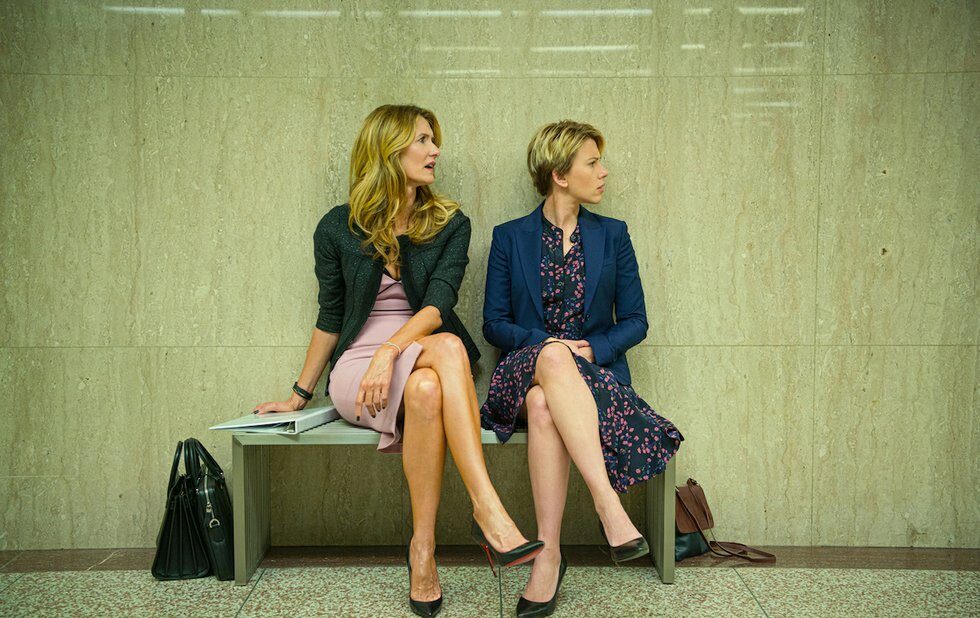 The nominations for the 77th Golden Globes were announced this morning, and they’re… kind of respectable?

I mean, we can argue about whether Quentin Tarantino’s Once Upon A Time … In Hollywood truly qualifies as a comedy or musical, but its lightness of tone (in its first two acts, anyway) makes it a more convincing fit than last year’s Stan & Ollie or The Old Man And The Gun, both of which were straight dramas shoehorned into the category so the Hollywood Foreign Press Association could invite more movie stars to its big party.

Tarantino’s late-60s reverie will compete for the prize with an actual musical, Rocketman, and Dolemite Is My Name, Jojo Rabbit and Knives Out. The five features competing in the drama category are demonstrably more serious-minded: The Irishman, Joker, Marriage Story, 1917 and The Two Popes.

If you’re keeping count, four of the 10 best picture nominees are Netflix productions, giving the streaming giant the standing it’s been chasing all along. Indeed, Marriage Story collected the most nominations of any film – six in all, with leads Adam Driver and Scarlett Johansson and supporting player Laura Dern recognized for their performances, director Noah Baumbach up for his screenplay and Randy Newman nominated for his score.

The Irishman and Once Upon A Time pulled five nominations apiece. Both films are competing for picture, director and screenplay, while Martin Scorsese’s epic gangster drama is also up for two supporting actor nods (for Al Pacino and Joe Pesci). Tarantino’s nostalgic opus saw Leonardo DiCaprio nominated as best actor, musical or comedy, and Brad Pitt nominated in the supporting category.

That’s right: Robert De Niro, who is on screen in various permutations for the entirety of The Irishman, wasn’t nominated for best actor in a drama. Instead, the Hollywood Foreign Press Association (HFPA), which is made up of about 90 international journalists, went for Driver, Christian Bale in Ford V Ferrari, Antonio Banderas in Pain And Glory, Joaquin Phoenix in Joker and Jonathan Pryce in The Two Popes.

Would it have made more sense to consider Bombshell as a comedy and Judy as a musical? Does it matter? Awkwafina is nominated as best actress in a musical or comedy for The Farewell, a film that is neither a musical nor a comedy she’s up against Ana de Armas in Knives Out, Beanie Feldstein in Booksmart, Emma Thompson in Late Night and Cate Blanchett in Where’d You Go, Bernadette, another film that is not a musical or a comedy. But, again, it’s the Golden Globes: the rules are made up and the points don’t matter.

DiCaprio, whose bravura dramatic performance is in the musical or comedy section, looks set to roll over his fellow nominees, though I suppose Taron Egerton might give him some competition in Rocketman. Eddie Murphy could have a shot for Dolemite Is My Name, too, but that’d be as much of a surprise as Jojo Rabbit’s Roman Griffin Davis winning, or Daniel Craig’s supporting turn in Knives Out taking the category.

Still, it’d be hard to argue that the various actors don’t deserve the recognition as I said up top, this year’s nominations are pretty defensible on artistic grounds. Less defensible is the absence of women in the major creative categories: though Little Women and The Farewell landed major nominations, writer/directors Lulu Wang and Greta Gerwig were shut out of the screenplay and director categories Wang might get to the podium if her film wins in the best foreign-language category, but it’s up against Les Miserables, Pain And Glory, Parasite and Portrait Of A Lady On Fire, all of which will position themselves as heavier hitters.

Oh, right: Parasite. Bong Joon-ho’s genre-defying culture-clash comedy – named the film of the year by the Toronto Film Critics Association – saw its filmmaker nominated in both the director and screenplay categories, making it the clear favourite for a foreign-language win and boosting its awards cred just as Oscar voters start to fill out their ballots.

And speaking of credibility: television! There were a few nominees that felt like a stretch – Catch-22 doesn’t really merit consideration alongside Chernobyl, Fosse/Verdon, The Loudest Voice and Unbelievable, though of course this gets George Clooney to come to the ceremony – but for the most part, the people and programs up for awards seem to deserve consideration. Chernobyl, The Crown and Unbelievable each pulled four nominations, with Barry, Big Little Lies, Fleabag, Fosse/Verdon, The Kominsky Method, The Morning Show and Succession receiving three apiece.

If you’re keeping score, that means Netflix and HBO accrued the most nominations overall – though Apple’s The Morning Show scored a nod for best dramatic series and two more for Jennifer Aniston and Reese Witherspoon, who are competing for best actress, drama. Given the HFPA’s habit of bestowing big awards on new shows, I’d be surprised if The Morning Show doesn’t win the top prize… though it’s up against Big Little Lies, The Crown, Killing Eve and Succession, so who knows if that rule will apply this year.

Anyway, we’ll all find out what’s what when Ricky Gervais returns to host the awards ceremony on January 5, 2020.