The stars talked climate change and Iran, while 1917, Once Upon A Time … In Hollywood, Succession and Fleabag won big 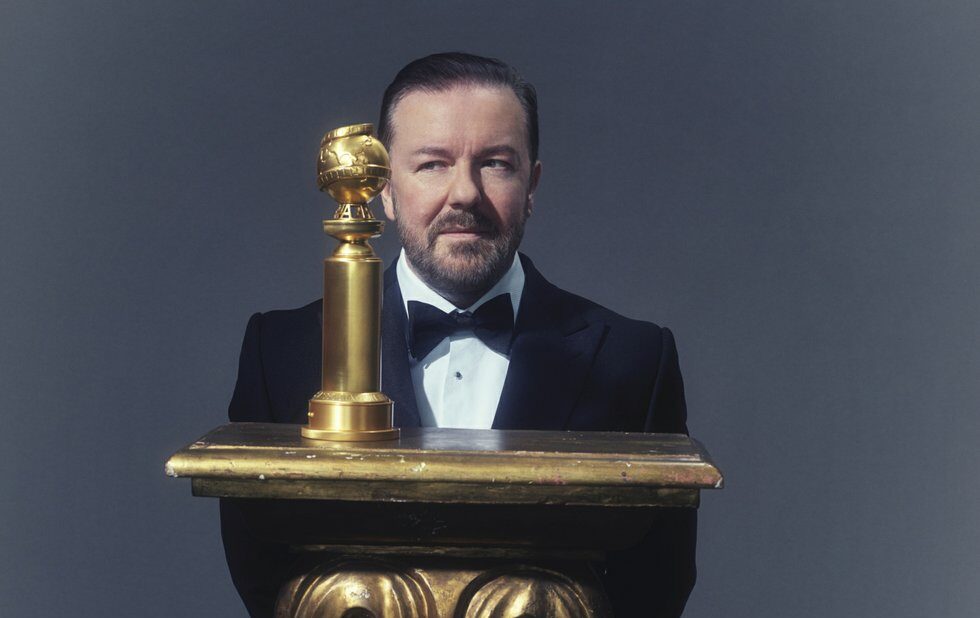 Netflix was a dominant force in the lead up to this year’s Golden Globes. The streaming platform had 34 nominations, not to mention four Best Picture contenders, but its stars and execs mostly stayed seated while watching 1917, Once Upon A Time … In Hollywood, Succession, Fleabag and Chernobyl emerge as the big winners.

Sam Mendes and 1917’s “look at me” flex worked on the Hollywood Foreign Press Association (HFPA), the group of 80 or so journalists who vote for these awards. The film emerged as an unexpected winner, picking up the Best Director and Best Motion Picture Drama prizes for Mendes’ World War I movie, which was shot to look like it was filmed in a single take. Quentin Tarantino’s ode to a bygone era, Once Upon A Time … In Hollywood, was an expected winner, picking up Best Picture – Comedy or Musical, as well as prizes for Best Screenplay and Brad Pitt’s supporting role.

Pitt won over Joe Pesci’s remarkable performance in Netflix’s The Irishman, which was shut out alongside the streamer’s other contenders Dolemite Is My Name and The Two Popes. Only Marriage Story, which led with six nominations, nabbed a single prize for Laura Dern’s supporting role.

Netflix picked up only one other prize for The Crown for Olivia Colman, who acted boozy onstage while picking up the Best Actress – Television Series Drama award.

The turn of events for the streamer went against even Ricky Gervais’ own predictions. The host opened his monologue with a gag about how Netflix is dominant.

Gervais was funny in spurts but his material grew painfully awkward. The air felt prickly, as if the celebrities in the room had already braced themselves for mean-spirited barbs from the British comic, who did just that during his four previous Globe hosting gigs. Gervais also seemed like he was trying to live up to expectations that he would be uncompromising.

The mood was combative from the get-go, with Cecil B. DeMille Award recipient Tom Hanks’s front-row expressions – mouth agape, furrowed brow – setting the tone for Gervais, who cracked Jeffrey Epstein jokes (“he’s your friend”), made light of TV shows and movies about pedophiles (Surviving R. Kelly, Leaving Neverland and The Two Popes) and condescended to celebrities that say political or righteous things while working for Amazon, Disney or Apple.

As Apple CEO Tim Cook sat in the audience, Gervais said the tech giant “rolled into the TV game with a superb drama about the importance of dignity and doing the right thing, made by a company that runs sweatshops in China.”

The host’s most memorable gag was about Leonardo DiCaprio’s girlfriend. Mocking the nearly 50-year-old actor’s tendency to date young models, Gervais quipped that his date aged during Once Upon A Time’s nearly three hour run-time. But as the evening continued, even the good jokes missed, as if even Gervais, who often kept eyes off the celebrities and buried in his cue cards, was just trying to get the awkward affair over with.

Presenters and awards recipients ended up getting more laughs than Gervais. The evening’s first winner Ramy Youssef took the stage immediately after Gervais’ monologue. As he collected his trophy for Best Actor – Television Series, Comedy or Musical for his show Ramy, it was immediately apparent that the star would have made a better host, riffing hilariously at his own status in the room as an unknown entity.

Ellen DeGeneres received pleasant laughs when talking about how much space she occupies on stage (and in the culture) in a heartwarming acceptance speech for the Carol Burnett award, which recognized her career breaking down barriers as an openly gay TV host.

Sacha Baron Cohen made a great pitch to host next year when he presented Jojo Rabbit, describing its plot about young boy spreading Nazi propaganda as Mark Zuckerberg’s story.

The fashionable Waller-Bridge, who wore a shimmering Ralph & Russo tuxedo, announced  backstage that she would be auctioning the outfit to raise money for fire relief efforts in Australia.

That disaster was mentioned throughout the evening. Aussie actor Russell Crowe was absent when winning Best Actor – Limited Series or Television Movie for his performance in The Loudest Voice because he was back home. He relayed a plea for support and awareness about climate change that was read by presenter Jennifer Aniston.

When Joaquin Phoenix picked up his Best Actor prize for Joker, he thanked the HFPA – not for the recognition but for serving a vegan dinner at the event. Phoenix explained how veganism is environmentally friendly before begging his colleagues in the room to consider the climate and avoid flying private jets to Palm Springs.

The two most political speeches came, unsurprisingly, from Patricia Arquette and Michelle Williams. Winning Best Supporting Actress for her turn in Hulu’s limited series The Act, Arquette was the only person that evening to address the crisis unfolding in Iran. She called on her peers to take action as the U.S. was “on the brink of war.” Winning Best Actress for her role in the limited TV series Fosse/Verdon, Williams spoke eloquently about women’s choices as some states regressed on reproductive rights.

Ahead of the ceremony, a lot of press attention focused on male-dominated categories like the screenplay and directing awards. Even the best picture categories, amounting to 10 slots, failed to make room for a single female-directed film. This felt particularly egregious considering recent statistics showing that women directed double the number of top films in 2019 over the previous year.

Every time the camera pointed at Marriage Story director Noah Baumbach, we caught a glimpse of his partner Greta Gerwig, whose Little Women, in my opinion, is superior to at least 80 per cent of the other contenders.

The only person to address the gender disparity was Gervais, who simply joked that the studios will simply avoid such snubs in the future by not hiring women as directors.

The Globes restricts films in any language but English to compete in the foreign-language category. But at the Academy Awards, Parasite will likely compete for Best Picture. And it has a good shot at becoming the first foreign-language film to win.