Golden Globes nominations 2019: the snubs, the surprises and the plain weird 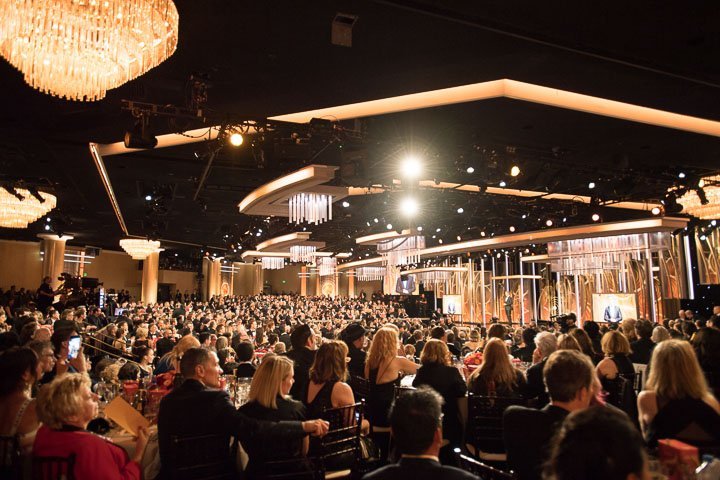 It’s always fun to try to understand what the Hollywood Foreign Press Association (HFPA) is thinking when they roll out the Golden Globe nominations: what movie or performance was reclassified in order to get one more famous person to the party? Or to keep something else out?

Today, the nominations for the 76th Golden Globes came out and they are just as eccentric and weird and celebrity-smitten as they always are.

Alfonso Cuarón’s Roma, we’re told, was ineligible for a best motion picture nomination because the Globes only consider English-language features for their top prizes. Which, okay – and it’s up for best foreign-language film, so that tracks. It still doesn’t explain the sorcery that classifies Green Book, a drama with some funny bits, as a comedy or musical, while Bohemian Rhapsody and A Star Is Born, which are films about musicians, are competing as dramas. All three films are dramas, but if you’re already bending the rule one way, you may as well bend it in both directions.

And while I’m at it, Vice isn’t really a comedy either – and neither are The Old Man & The Gun and Stan & Ollie, which landed best actor nominations in that category for Christian Bale, Robert Redford and John C. Reilly, respectively.

It’s also weird to see Claire Foy nominated for her performance in First Man, but Ryan Gosling snubbed for his, since it’s his performance that makes hers possible it’s as much of a double act as Viggo Mortensen and Mahershala Ali’s in Green Book, and to only acknowledge half of it is an odd choice.

I was disappointed that Ethan Hawke wasn’t nominated for First Reformed, though I’m less surprised by that the HFPA is often attracted to big star turns, not wrenching dramatic performances, which is also why Joaquin Phoenix isn’t up for You Were Never Really Here – and why Reilly scored his nomination for Stan & Ollie rather than The Sisters Brothers. That said, it’s nice to see Willem Dafoe recognized for his terrific turn in At Eternity’s Gate, though in this case that’s probably because they literally recognized him as Vincent Van Gogh.

Over in the best actress category, I was very glad to see Rosamund Pike up for A Private War she’s great in that movie, but in a fairly subtle way, so I was worried she’d be overlooked. The stunt of Nicole Kidman burying herself under latex for Destroyer will probably take the prize, though I kinda hope it doesn’t the makeup obscures the performance in exactly the wrong way, and I hate seeing this sort of thing encouraged.

On the whole, though, this is a fairly decent list of contenders: it’s nice to see Black Panther, BlackkKlansman and If Beale Street Could Talk all up for motion picture (drama), even though they’re almost certainly going to lose to A Star Is Born. (Speaking of which, what happened to Sam Elliott’s supporting-actor nomination? I thought we had a deal.)

Over on the TV side, it was as messy as ever. Atlanta, The Handmaid’s Tale and This Is Us were all overlooked – casualties of Peak TV, I suppose – while Sacha Baron Cohen somehow managed a best actor nod for the stale schtick of Who Is America? (See above re: makeup.) But I’m delighted to see Killing Eve and Homecoming in contention for the top prizes – they’re great shows driven by superlative performances (oh hi, Stephan James) and equally deserving of the honour. (Also, it’ll be fun to see how Sandra Oh folds being a nominee into her co-hosting duties with Andy Samberg.)

And Barry and The Good Place are both up for best musical or comedy! Maybe I should take the Globes more seriously after all.

The 76th annual Golden Globes will be held in Los Angeles on January 6. Check out the full list of nominees here.