In Harriet, Kasi Lemmons shows a different side of Harriet Tubman 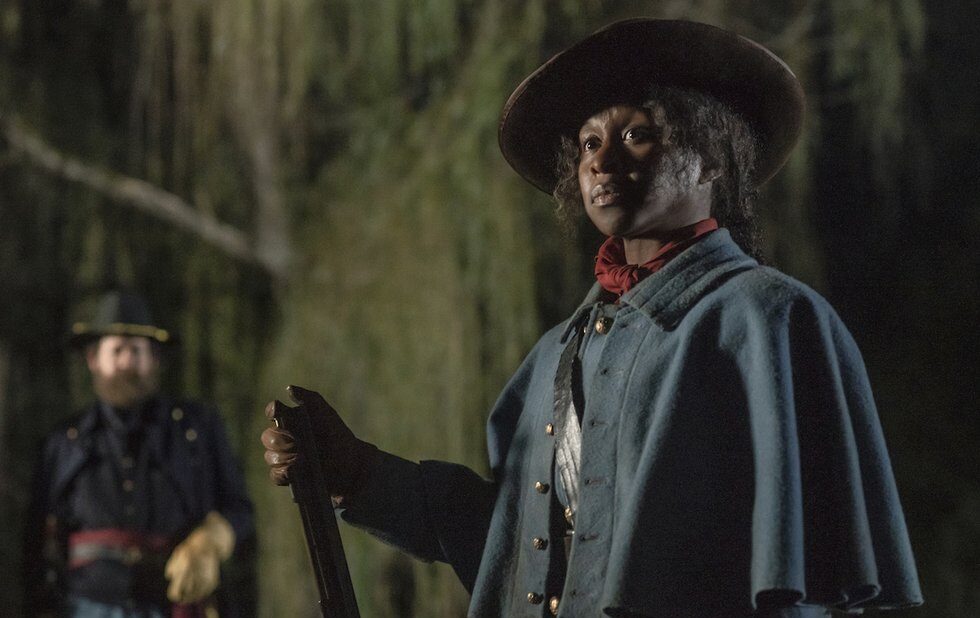 Kasi Lemmons had a full circle moment in St. Catharines.

The director was in Southern Ontario filming her upcoming Netflix series Madam C. J. Walker – about the famous African-American entrepreneur, activist and philanthropist – when she realized she was standing in the city where the legendary subject of her newest movie, Harriet Tubman, had spent nearly a decade.

“All of sudden, me and my assistant Ray – who was with me [during the filming of] Harriet – were like, ‘Oh! We’re in St. Catharines!’ We, of course, talk about it in the movie and it’s part of Harriet’s story,” explains Lemmons during an interview hours before Harriet’s gala debut at the Toronto International Film Festival.  “Every time I would see a Black person I would ask, ‘How long have you been here? Were your parents here? How long have you been part of this community?’”

The film is the first cinematic biopic of Tubman, an escaped slave-turned-famed conductor of the Underground Railroad. It’s telling that even Lemmons, a director and actor best known for helming the films Eve’s Bayou and Talk To Me, remains deeply curious about the sprawling breadth of Tubman’s legacy. Even over 100 years after the abolitionist’s death, much of her life is still unexplored terrain.

Harriet, staring British-Nigerian actor Cynthia Erivo, once seemed like it would never come to fruition, though murmurs of a big-screen adaptation percolated for decades.

“I knew that several people were trying. You’d hear word of these different projects about Harriet Tubman and you’d be anxiously awaiting to see somebody was going to get it done,” explains Lemmons. “It never crossed my mind that it would be me – never.”

But the film did become hers, and Lemmons wanted it to shed light on the little-shown side of Tubman in Gregory Allen Howard’s screenplay: a young woman in the heat of her heroism.

“We picture Harriet Tubman, the old woman in the chair, but knowing that she did this work when she was young, and really portraying her as a young woman while she was doing that work in her twenties, was important,” the director explains.

Harriet chronicles Tubman, born Araminta “Minty” Ross to a young enslaved woman in Maryland, as she escapes to freedom despite risks to her life, and becomes the fabled freedom fighter we know about. Lemmons breathtakingly captures the grueling and terrifying escape Tubman would have endured in 1849 – brutal passages and routes she would undergo time and time again, no longer for herself but for others. Lemmons, who says she has read everything about Tubman, found these escapes far bigger than she had ever imagined.

“I pictured [these escapes] on dry land,” she says. “I didn’t know ships and captains were involved. Her story is a particularly watery story, they travelled on rivers and the Black Jacks – the Black boatmen – helped her. I thought that was interesting.”

Most interesting for Lemmons was Tubman’s spiritual side, which appears to be the key behind her near mythological power.

“I did not know the full story behind [her] spirituality and visions,” she says. “I think her mysticism made her elusive. Even people who knew her well, people of faith – it was a Christian country – found it hard to wrap their minds around. They would say, ‘I don’t know if I believe it, but I’m certain that she believes it. And I can’t explain any other way how she would have gotten through and kept doing it.’

“She didn’t read or write,” Lemmons continues. “If you don’t want to believe that she’s talking directly to god, then she had perfect instincts, like a superpower. ‘When god is ready, he’ll allow them to take me,’ those are the words she spoke. That’s amazing. And then she lived into her nineties, which at the time was completely extraordinary.”

Another surprise, particularly for some members of the cast, was the brutality of the times and causal vitriolic use of the N-word, something Lemmons insisted the actors accept in order to truly embody their characters.

“This was said a million times a day. This was perfectly casual,” she explains. “That’s the way they talked about people and you have to go to that mindset where it rolls off your tongue, and it feels like part of your vernacular, and part of your culture. I’m not going to run away from it.’”

What tempered the viciousness of re-enacting that time in history was the camaraderie amongst the cast and crew. “We had actors that loved each other and loved the movie, and we [were] all there for Harriet.”

The full-circle moments continue for the filmmaker. It’s been 22 years since her acclaimed directorial debut, Eve’s Bayou, the influence of which reverberates in Beyoncé’s Lemonade and Ava DuVernay’s Queen Sugar. Now five films into her career, Lemmons is witnessing young, Black female filmmakers land opportunities that were rare when she began.

“I teach at NYU grad film school and I’ve been working with Sundance [Institute] for decades, and I feel like a part of this new generation of filmmakers,” she says. “I get to see them emerge and come into their own, and it’s incredibly exciting. It keeps me optimistic. Even though they don’t all emerge at once, I know they’re there and I know they’re ready to make their films.”