With ABC's sudden Roseanne cancellation, bad behaviour is evolving almost faster than we can cover it 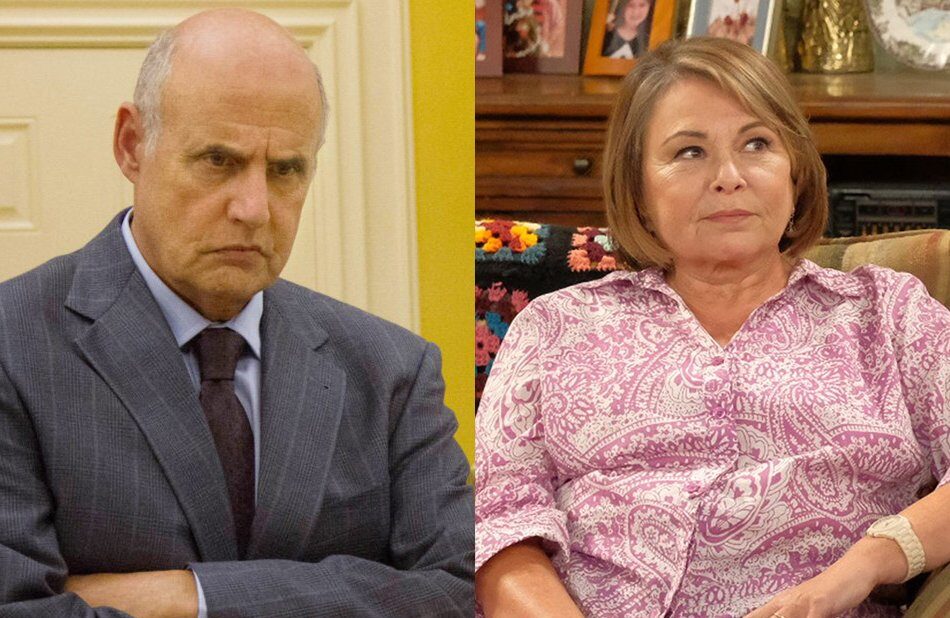 It's been a bad couple of weeks for badly behaved celebs like Jeffrey Tambor and Roseanne Barr.

In an interview with the Daily Beast’s Nick Schager early this year, Steven Soderbergh was asked about the #MeToo movement and its potential to change the entertainment industry. (Disgraced mogul Harvey Weinstein’s Miramax had one of its earliest successes with Soderbergh’s first film, Sex, Lies, And Videotape, which symbolically ties their careers together forever.)

Although the headline misframed his argument for what I assume was better clickbait potential, Soderbergh said #MeToo was an excellent start, adding: “It’ll be interesting to see where the new equilibrium ends up, and whether or not this will expand beyond gender-driven harassment into a more general discussion about people who are assholes… I’d love to see a discussion just about abusive behaviour in general that has nothing to do with sexual harassment, but just bad behaviour.”

Well, here we are.

While sexual offenders and general creeps are still being called out, we’re now seeing people held to account for bad behaviour – and watching the industry figure out how to handle that in real time.

Over the last 24 hours, for example, we all watched with jaws dropped as Roseanne Barr destroyed herself with remarkable speed: mere hours after she tweeted an ugly racist slur about former Obama senior advisor Valerie Jarrett, ABC executive Channing Dungey announced the cancellation of her revived show with a swift, terse statement calling her tweet “abhorrent, repugnant and inconsistent with our values.”

Immediately afterwards, Barr was dropped by her agents and her show – both the new season and the old – was scrubbed from the American streaming service Hulu and a number of Viacom-owned cable channels. And even though Barr quickly apologized and said she was leaving Twitter, that didn’t last long late last night, she was back online and trying to blame the career-ending tweet on the sedative drug Ambien.

Anyone who’s followed Barr’s Twitter feed knows it’s been a cesspool of racism, anger and right-wing conspiracy theories for years. For whatever reason, this incident finally pushed ABC to act. One might ask why the network chose to get back into business with Barr in the first place given her well-documented assholery, but, of course, the answer is in the record high ratings of Roseanne’s newest season. Finally, though, enough was enough.

Barr’s instant exile comes less than a week after Jeffrey Tambor’s rampant assholery was back in the spotlight thanks to Sopan Deb’s New York Times interview with the cast of Arrested Development. On a junket promoting the show’s fifth season, co-star Jessica Walter revealed that Tambor had verbally harassed her during production – “in like almost 60 years of working, I’ve never had anybody yell at me like that on a set,” she said – and Jason Bateman jumped in to minimize Tambor’s behaviour as just something that happens among actors.

Bateman subsequently apologized, and I can appreciate his perspective he’s been in this business since he was a kid, and has probably internalized the industry rule that talent excuses any bad behaviour. (As plenty of people pointed out, he may also have unconsciously been reacting in character Michael Bluth is the family’s peacemaker, and Mom and Dad were fighting.)

Tambor, on the other hand, has just been repeating the same canned apology he’s been spouting since he was dropped from Transparent earlier this winter: he’s a guy who gets so deep in his process that he doesn’t realize he’s behaving badly, please excuse him for his commitment to the art, and so forth. It’s – what’s the word? – horseshit. There are plenty of great actors who don’t need to yell at people to make a scene work. Tambor’s good at what he does, but he’d probably be even better if his collaborators weren’t walking around him on eggshells.

Over at Vulture, Matt Zoller Seitz – who’d also attended last week’s Arrested Development junket – wrote an excellent piece about how Tambor has retroactively contaminated the works in which he’s appeared, in much the same way the Weinstein scandal has tainted hundreds of films he produced and released. And this is a reckoning that more and more people will be having, with more and more art, going forward.

Can you watch a Johnny Depp movie without thinking about his alleged domestic abuse and unprofessional behaviour? Can you enjoy Home Alone knowing that lovable movie dad John Heard harassed his ex-partner Melissa Leo for years after they broke up? What sort of contortions are required to watch Woody Allen’s Manhattan these days? And what about the classic Roseanne sitcom, which was genuinely complex and entertaining?

But as the outing of bad behaviour continues, a sliding scale is beginning to clarify itself in much the same way we saw with the #MeToo movement last year. To put it simply, there’s Weinstein and Kevin Spacey at one end, there’s Casey Affleck somewhere in the middle, and then there’s Ben Affleck at the other end. If you don’t physically assault anyone and you’re quick to apologize, you can wait this stuff out.

But ABC did spike her show, and that sent a very clear signal: if the star of the highest-rated new network series of the year can’t get away with this shit, no one else should expect to, either. If this is the next phase of Hollywood’s reckoning – if we’re getting closer to Soderbergh’s new equilibrium – then it’s about time.