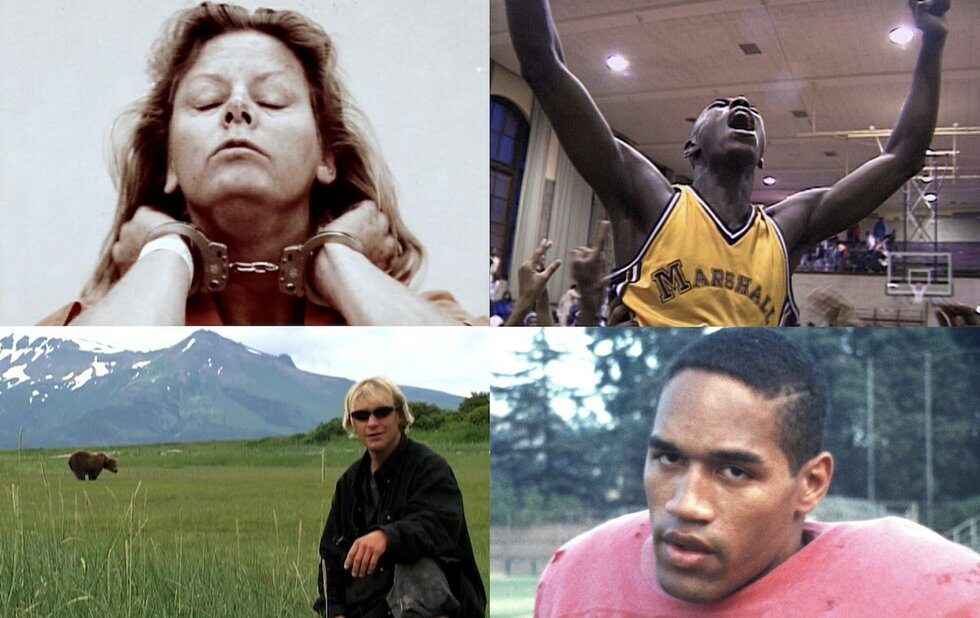 Happy birthday, Hot Docs! The Canadian International Documentary Festival turns 25 this year, and weve lined up a little list of key moments over the years.

1. The first Hot Docs festival was held in February, 1994 a big ask of Toronto audiences, but one we were ready for. The opening night film, Andre Mathieu, Musicien, screened at the Bloor Cinema the other 20 titles (including Nick Broomfields Aileen Wuornos: The Selling Of A Serial Killer) were shown at the AGOs Jackman Hall auditorium and the now-defunct NFB screening room at Richmond and John.

2. Hot Docs 1995 was slightly larger (29 films!) but still consisted largely of films harvested from other festivals like Steve Jamess Hoop Dreams, which had made its Toronto debut at TIFF the previous fall. Still a February festival, too, which was just mean.

3. The 1996 edition moved to March (and to Yorkvilles Cumberland Cinemas), offering a much more ambitious agenda: 52 films in all, and a push to make Toronto a magnet city for documentaries with the formation of the Industry Centre for workshops, conferences and networking.

4. For the 1997 festival primarily situated at the Carlton Cinema, with some screenings at the Metropolitan Hotel the number of documentaries programmed jumped to 97 (including Daniele Lacourse and Yvan Patrys prize-winning Rwanda study Chronicle Of A Genocide Foretold). It was the biggest slate the festival would have for a while.

5. The 1998 festival screened 69 docs, opening with Barbara Kopples Wild Man Blues, a film about Woody Allens European tour. (Kopple is back at the festival this year to receive its outstanding achievement award Wild Man Blues is not among the films screening in a retrospective program.)

6. That outstanding achievement award? It used to be called the lifetime achievement award, and the first one was handed out in 1998 to Toronto documentary legend Allan King (Warrendale, A Married Couple).

7. For its 1999 edition, Hot Docs moved to May, when its possible to stand in a long line outside a theatre in Little Italy and not regret your life choices. (The opening night gala was held at the Uptown Theatre, but the bulk of the festivals screenings were at The Royal, on College.) And for the second year straight, 69 films were screened over five days. Nice.

8. In 2000, the festival expanded its influence with the Toronto Documentary Forum, which puts together filmmakers and funders for pitch sessions. Now known as the Hot Docs Forum, it launches dozens of projects every year. (Number of films screened at 2000 festival: 84.)

9. The 2001 edition screened 70 films, including Shelley Saywells Out Of The Fire, and expanded its industry side with new programs of development meetings and master classes. The second-annual Toronto Documentary Forum sees the pitch for The Five Obstructions, the movie where Lars Von Trier tortures director Jrgen Leth just because he can.

10. In 2002, Hot Docs expanded to the 10-day screening schedule we know and love screening a record 98 films and made the Bloor Cinema a regular venue rather than a showcase spot. Nunavut filmmaker Zacharias Kunuk is the subject of the inaugural Focus On program.

11. Oh, so you thought 98 films was a lot? The 2003 festival screened 122 documentaries, and made daytime screenings free for students and seniors a policy that remains in place today.

12. The 2004 festival dipped down a little with 106 films, including the Canadian premiere of Super Size Me, Morgan Spurlocks career-launching stunt documentary in which the filmmaker ate nothing but McDonalds menu items for 30 days straight. It was one of the most talked-about films of any Hot Docs festival, mostly because audiences couldnt stop asking Spurlock how he survived.

13. The 2005 edition screened 100 films, and one of the world premieres was of particular importance: Marshall Currys Street Fight, about the 2002 Newark mayoral race, introduced us to an idealistic young city councilman named Cory Booker who went up against four-term incumbent Sharpe James. Booker lost that election, but ran again in 2006 and won now, hes a U.S. Senator and a possible Presidential contender in 2020.

15. The 2006 festival also marked the start of the Docs For Schools outreach program, screening documentaries to an estimated 7,000 students. Because knowledge is power!

17. The 2011 festival screened 199 films, opening with Morgan Spurlocks sell-out project POM Wonderful Presents The Greatest Movie Ever Sold. (We talked about it here.)

18. After nearly a year of renovation including a new screen, new sound system and new seating on the ground floor the Bloor Cinema reopened in March 2012 as the Bloor Hot Docs Cinema, with a new mandate of documentary programming and a renewed purpose as the flagship of the Hot Docs festival.

19. The 2012 festival launched Hot Docs Live!, simulcasting Indie Game: The Movie and China Heavyweight (and their filmmaker Q&As) to theatres across Canada.

20. For its 20th-anniversary edition in 2013, Hot Docs screened a record 204 documentaries and inaugurated the Scotiabank Big Ideas series, which brings in subjects and filmmakers for extended conversations after the first screening of their films. Guests for the first Big Ideas included Anita Hill, Romeo Dallaire and Richard Dawkins.

21. In 2014, the simulcast of Super Duper Alice Cooper reached 50 screens across Canada, with Mr. Cooper himself providing a very special post-screening Q&A… but its arguable that Carroll Spinney, the Sesame Street puppeteer whose life is celebrated in I Am Big Bird, was the years most moving guest. People really love Big Bird.

22. Hot Docs set a record for sprawl in 2015, occupying 13 venues in the physical world and multitudes more in the brand-new DocX virtual-reality program. Helmets for all!

23. Fresh from Sundance, Ezra Edelmans five-part, seven-and-a-half-hour ESPN documentary O.J.: Made In America became the hottest ticket of Hot Docs 2016 though it only screened in its entirety just once, in one of the smallest auditoriums TIFF Bell Lightbox has to offer. It goes on to win an Oscar for best documentary feature, which is ridiculous.

25. The 2017 festival screened 228 films from a record 58 countries, and introduced the Rogers audience award for best Canadian documentary, with a cash prize of $50,000. The first winner was Catherine Bainbridges Rumble: The Indians Who Rocked The World, which also won the Hot Docs general audience award and went on to win three Canadian Screen Awards including best feature documentary.