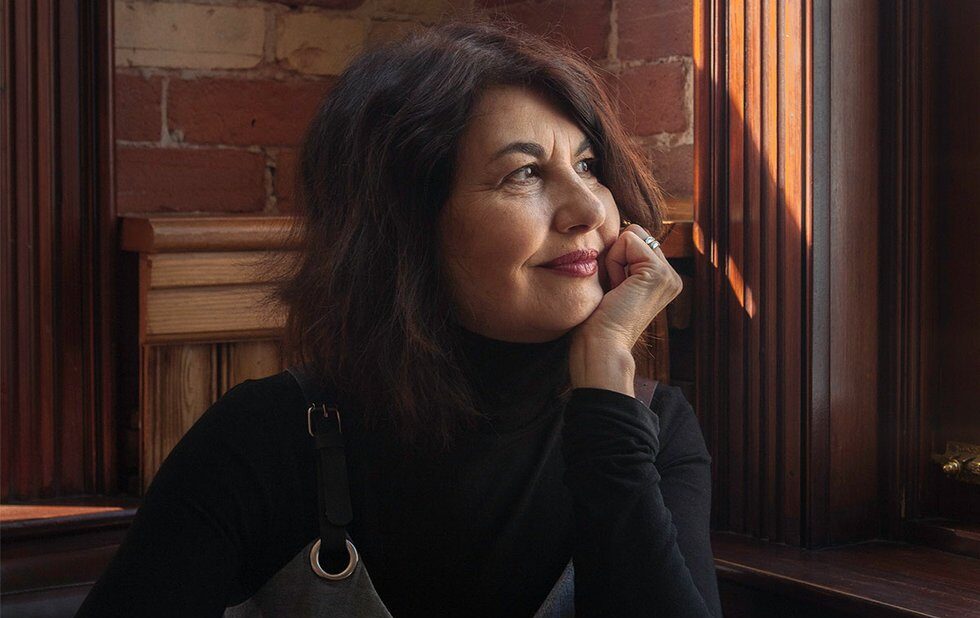 Of course there are snacks, a spread of cheeses, veggies and cookies on Maya Gallus’s coffee table, ready for me to tuck into as we talk. They are artfully arrayed, though not as spectacularly as the food in her movie The Heat, set to open this year’s Hot Docs festival on April 26.

Via interviews with expert chefs and expertly plunking her team into their kitchens, Gallus probes the question of whether women helming restaurants can – or even want to – transform kitchen culture, its hierarchies and its misogyny. And she makes sure that the dishes these gifted women create look gorgeous on the screen.

Gallus was inspired not only by her own love of food (this is her second film on the subject after 2010’s Dish, about female servers), but by the extent to which female culinary wizards are more or less invisible, not only throughout history but in the present – magazine covers, including NOW’s, have featured all-male group shots of chefs.

Gallus travelled the world to find her subjects, including Michelin-starred Anne-Sophie Pic in Valence, France, Angela Hartnett (Murano) in London, UK, the great Anita Lo of Annisa in New York City, which she closed during the shooting of the film, and Suzanne Barr, operator of the now-shuttered Saturday Dinette here in Leslieville.

She knew they’d be smart and committed, but Gallus was surprised by how quiet their kitchens were.

“I’ll admit it made me nervous,” she says speaking easily – we’ve known each other for years. “At first I thought, ‘Oh my God, it’s so quiet in here. There’s no drama.’ These women are so accomplished and so focused on their work and it was like watching an artist work or a painter paint. And that can be pretty boring.”

But her movie is not boring, mainly because Gallus and her team are so skilled at making the most of their limited budget. They manage to stay out of the way – crucial in the bowels of a restaurant – yet catch enlightening moments: Chumley’s chef Victoria Blamey warns a sous chef to watch his tone a cook, when criticized by another boss, is told by a long-time employee, “Just say, ‘Yes, chef’” Pic agonizes over how to plate a beautiful dish using chef’s tweezers.

“These are powerful women and they do take up their space,” Gallus allows. “They’re not quiet as in meek. They’re strong, assertive and very clear about what has to be done and when and why, but they’re not taking on a caricature of Gordon Ramsay.”

In fact, Hartnett had first-hand experience with the famously truculent Ramsay, survived the experience and remains his friend.

“She trained under Ramsay and, on her own, she tried yelling,” Gallus says, “but realized, ‘It doesn’t work for me. It’s too stressful, it makes everybody stressed and it’s not very efficient.’”

The chefs weren’t easy to wrangle. Gallus compares the exercise to herding cats.

“I thought it would be easy in the sense that they’re in their fucking restaurants – how hard could it be? But they’re working all the time so they’re not on email or their phones. Getting Pic was like trying to arrange an interview with the Pope.”

Now on hiatus from the industry and living in Florida, Suzanne Barr, who will attend the festival, says Gallus’s perseverance was epic.

“I thank her for her patience,” raves Barr on the phone, “for texting me and calling me and knowing how demanding the industry is how when someone calls you and you’ve just worked a full shift and then you’re back up the next morning… I didn’t get back to her. But she was so considerate of me and my time.” 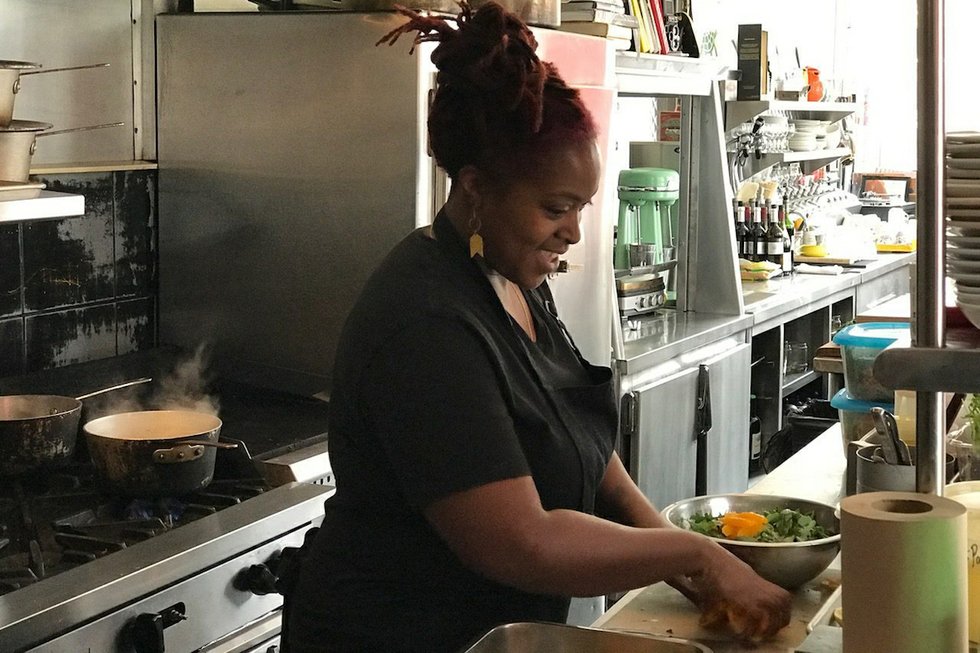 After Saturday Dinette, Barr worked at the Gladstone, reinventing the resto there, and is currently developing other projects. She says Gallus is a very skilled interviewer, gently insistent, shooting long, thorough conversations that get strong results.

“We had moments when she found it difficult to get what she wanted,” Barr allows, “but she kept pushing me and asking the question, finding a way for me to slow down, gather my thoughts and be able to speak the true honesty of my point.”

Because she’s sensitive to the financial demands of operating a restaurant, Gallus made sure to talk to Charlotte Langley, who runs a private pop-up.

“Charlotte is an example of how women just do it,” says Gallus. “I wanted to show that you don’t have to have brick and mortar. And I loved that she was doing pop-ups, which is a trend. There are issues with landlords, rents are crazy and running a resto is a crazy dream.”

Not all the chefs were warm and toasty. Blamey is tough, claiming you can’t assume women will be sweeter and nice. Like many chefs, Amanda Cohen of upscale NYC vegetarian spot Dirt Candy says the intense hierarchy of the kitchen brigade can be useful. And Langley says she loved to upend the sexist paradigm and sexualize her young male workers.

Gallus, who’s been making women-centred films for years, including docs on writers Elizabeth Smart and Mazo de la Roche and a film focusing on female erotica, is just fine with that.

“I’m interested in telling women’s stories and in the complexity of women, not the sanitized vision of women as perfect. That’s not at all interesting, and it’s also untrue.”

For over 15 years, Gallus made movies with her partner in life, Justine Pimlott, through Red Queen Productions – films like Girl Inside, a groundbreaking doc about a trans woman’s journey, and Derby Crazy Love, an exhilarating inside look into the world of roller derby.

Pimlott has taken a position with the National Film Board, so this is the first movie Gallus has made on her own since 2003. It still has all the hallmarks of a Red Queen film.

“I always feel the urgency to say something, but what we’ve always tried to do at Red Queen is say something but trick people by making an entertaining film. Maybe they’ll learn something in the process but not feel hit over the head with it.”

Following Hot Docs, The Heat will open theatrically at the Hot Docs Ted Rogers Cinema on May 11 and air on TVO in the fall.