The X-Men actor hangs up Wolverine's claws this week in Logan. And by walking away from a beloved character, he's showing more smarts than a lot of other actors. 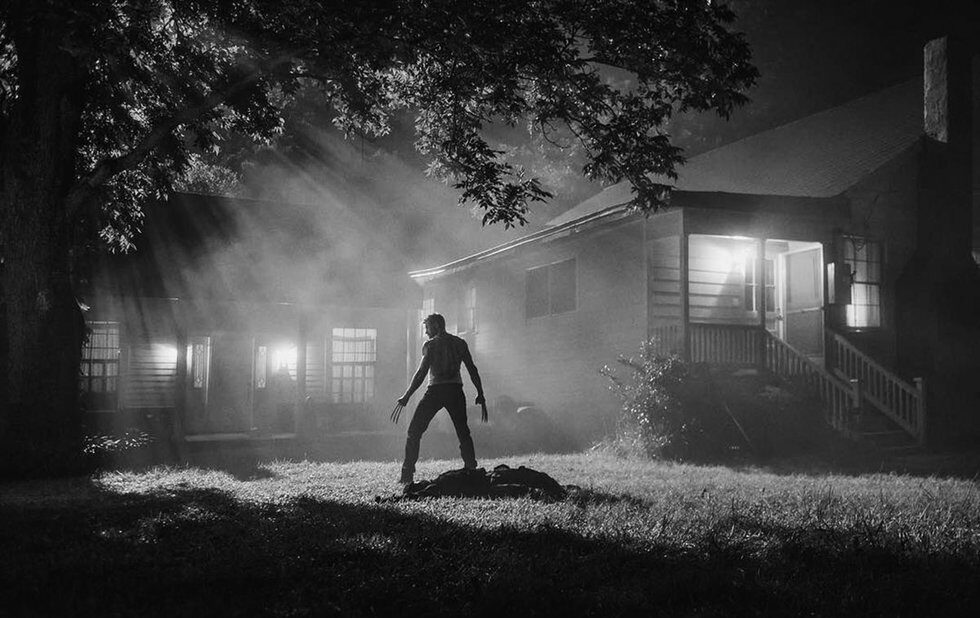 Hugh Jackman once told me that the trick to playing Wolverine is remembering that his body, filled with the indestructible metal adamantium, weighs about 300 pounds. His mutant healing factor allows him to move with power and effort, but he’s heavy.

In the near future of 2029, when Logan (see review here) takes place, Wolverine’s not as hale as he used to be you can see him struggling with his own heft. Jackman, who’s been playing the guy for 17 years – ever since originating the role for Bryan Singer in 2000’s X-Men – still looks great, but bulking up for each new movie is a lot tougher in his late 40s than it was in his early 30s. You can’t blame him for wanting out, and Logan lets him do that gracefully.

That’s what makes Jackman unique in an industry that will do anything to keep marketable characters in play. The Hollywood landscape is littered with actors struggling with their relationship to massive franchises. (And, yes, it’s almost always male actors – with one glaring exception.)

Harrison Ford finally ejected himself from the Star Wars franchise in The Force Awakens, though Disney and LucasFilm kept the character of Han Solo alive by immediately announcing a Young Han adventure with Alden Ehrenreich in the role. But he’s still on board for a fifth Indiana Jones picture almost a decade after Kingdom Of The Crystal Skull demonstrated that the world didn’t even need a fourth one.

Sylvester Stallone has similarly struggled with changing tastes and times: he’s been really smart about bringing Rocky Balboa back, charting the character’s age in reasonably thoughtful fashion in 2006’s Rocky Balboa and 2015’s Creed. But he also tried to resurrect John Rambo in 2008 with a splatterific, painfully sadistic affair that couldn’t be taken seriously for a second. 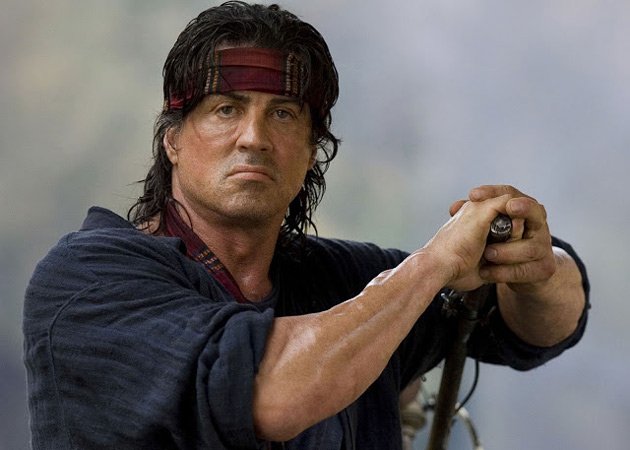 Sylvester Stallone’s 2008 outing as Rambo was painful to watch.

Stallone subsequently channelled his bloodlust into the Expendables franchise, which at least uses the age of its characters as a plot point now and then. That’s a level of self-awareness not always available to the guardians of other properties. Hell, Tom Cruise turns 55 this year and he’s still making Mission: Impossible movies. Yes, they’re great vehicles for him, but have no illusions: he’s getting older and slower, and his insistence on doing his own stunts is going to get him killed.

But the Mission: Impossible movies roll out on a semi-regular basis, giving them some continuity and softening the blow of watching Cruise’s Ethan Hunt age so dramatically. The same applies to the Fast And The Furious movies. Vin Diesel‘s bald, beefy look is consistent over all of them, and that’s kind of comforting. And then he returns to the xXx franchise after 15 years away and you can totally see it. It’s also really awkward to watch Diesel play a master of extreme sports, but that’s more about his build than his acting. The guy looks like he can barely turn his head.

Matt Damon doesn’t seem to have grown older or slower in the nine years between The Bourne Ultimatum and Jason Bourne, but that alone doesn’t mean he needed to return to that franchise. Yes, Jason Bourne (the character) is one of Damon’s best roles. The Bourne Identity, directed by Doug Liman, used his boyish blankness to tell the audience that its confused, amnesiac hero couldn’t possibly be the merciless assassin he was accused of being.

Except that he was, and over three films the character recovered his memories and did his best to redeem himself by bringing down the morally bankrupt system that created him. In 2007, The Bourne Ultimatum wrapped that story up – though 2012’s The Bourne Legacy did a nice job of examining the fallout through a new character played by Jeremy Renner. 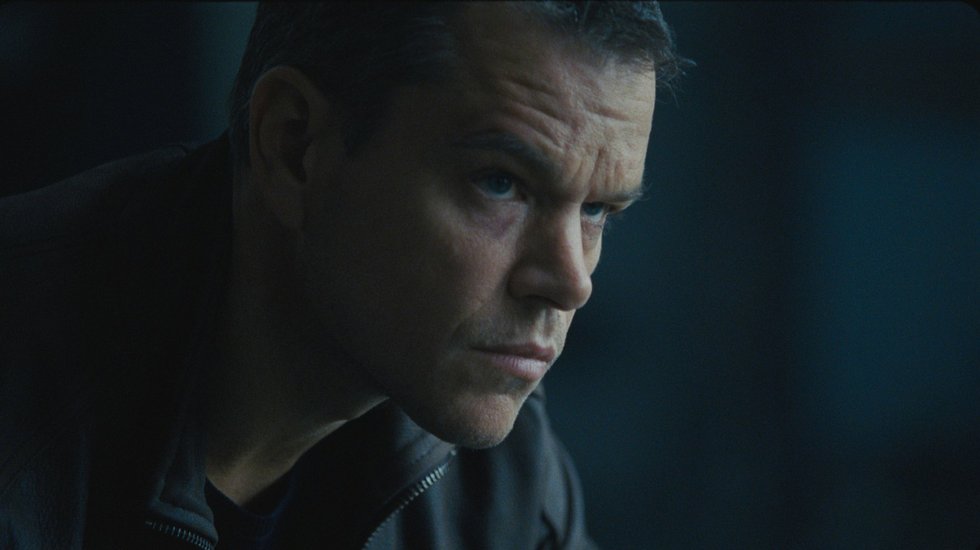 Last year, Damon and Ultimatum director Paul Greengrass reunited for Jason Bourne, a blatant attempt to rehash the themes and stunts of the original trilogy, only with smartphones. And Damon’s performance now signals irritation: Bourne never wants to be thrust into the middle of a fight, but this time neither does the guy playing him.

Of course, you can’t talk about globe-trotting superspies without mentioning James Bond. That franchise provides examples of actors who’ve known when to leave (Sean Connery got out after You Only Live Twice, came back for Diamonds Are Forever and then returned a decade later for the age-appropriate Never Say Never Again) and actors who stuck around too long (Roger Moore defined “too old for this shit” in A View To A Kill).

And we currently have the spectacle of an actor who’s clearly done with the role even when the role isn’t done with him. Daniel Craig is less enthused about the franchise’s restrictions with each new picture and is doing everything he can to avoid making another one.

Craig’s ambivalence about Bond makes me think of Sigourney Weaver, the sole female face of a major studio franchise, and the way the Alien movies keep dragging her character back to fight monsters when all she wants to do is run away. (This is not cowardice as the sole survivor of the Nostromo, she knows the only way to survive an encounter with the ravenous xenomorph is not to have the encounter in the first place.)

Over four films and three decades, Weaver’s Ripley loses dozens of comrades, suffers profound PTSD and ultimately sacrifices herself in Alien 3 to prevent further carnage – and, it was presumed, further sequels. But she’s cloned back to life in Alien: Resurrection and forced to fight monsters all over again, and if the real-life Weaver weren’t so enthusiastic about making these movies, that plot might feel like a comment on the franchise itself.

Which brings me back to Logan, a sequel that similarly finds a reluctant, reclusive hero dragged back into the spotlight for one last mission – except it really does feel like his last mission. Patrick Stewart, who turns up as the beloved Charles Xavier, has also said this is his swan song in the franchise, and I don’t see Jackman putting the claws on again for love or money.

Sure, he recently said he’d consider playing Wolverine in an Avengers movie, but he knows there’s no way that’s going happen while Fox owns the rights to the character instead of Disney. He also knows that if it ever did happen, it would be years down the road, when it would make more sense to recast the role with a younger, cheaper actor – just as Marvel did when it introduced Tom Holland’s Spider-Man in Captain America: Civil War.

And you know what? I’m okay with that. That guy will be Wolverine, but not Hugh Jackman’s Wolverine. Jackman did what he wanted to do – and did it magnificently – and he can walk away lighter and happier.

No shame in that, bub.