Inside Out announces 2018 lineup 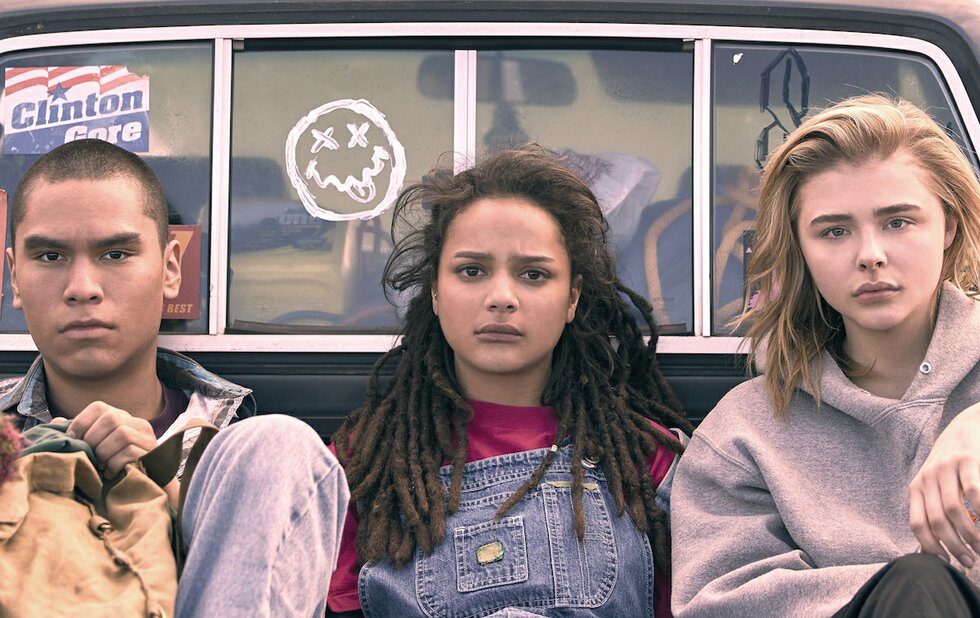 Desiree Akhavans Sundance-winning drama The Miseducation Of Cameron Post is a special presentation at Inside Out 2018.

Desiree Akhavan’s Sundance-winning drama The Miseducation Of Cameron Post is a special presentation at Inside Out 2018.

The Inside Out film festival announced its 2018 lineup today, and it’s packed: the 28th edition of the festival will screen 49 features and 84 shorts from a total of 27 countries, all dedicated to exploring and illuminating LGBTQ issues.

There’s a strong selection of trans and non-binary content in this year’s festival, which runs from May 24 to June 3.

Documentary programming includes Sophia Dros’s Genderbende, about five young Dutch people who identify as non-binary or genderqueer and the way they negotiate daily life T Cooper’s Man Made, a look at four trans men training for the world’s only all-trans bodybuilding competition Kiko Goifman and Claudia Priscilla’s Bixa Travesty, celebrating the Brazilian trans artist Quebrada, and PJ Raval’s Hot Docs hit Call Her Ganda, recounting the attempt to prosecute an American serviceman for the murder of a trans woman in the Philippines.

A number of shorts continue the conversation, including Milena Salazar and Joella Cabalu’s Do I Have Boobs Now?, about trans activist Courtney Demone’s efforts to challenge Instagram’s image restrictions and Mary Evangelista’s Fran This Summer, about a teenager in transition. Trans issues also feature strongly in Luis De Filippis’s Sundance winner For Nonna Anna and Chandler Levack’s We Forgot To Break Up, which both premiered at TIFF last year.

Silas Howard’s A Kid Like Jake, starring Claire Danes and Jim Parsons as the parents of a gender-fluid four-year-old, was announced as the opening night film last month, but now we know Inside Out 2018 will close with the international premiere of Brett Haley’s Hearts Beat Loud, starring Nick Offerman and Kiersey Clemons as a father and daughter whose close relationship is fractured when they start a band together – and have an unexpected hit.

Canary, Christiaan Olwagen’s musical drama about a young man coming of age in Apartheid-era South Africa, makes its world premiere as the festival’s Centerpiece, while Amy Adrion’s documentary Half The Picture, a documentary taking stock of female filmmakers in American cinema, will receive its Canadian premiere as this year’s Women’s Gala.

Screening in special presentation slots are Desiree Akhavan’s The Miseducation Of Cameron Post, which won the grand jury prize at Sundance earlier this year and stars Chloë Grace Moretz as a queer teen sent to a “de-gaying” facility, and Yen Tan’s 1985, which casts Gotham’s Corey Michael Smith as a closeted man trying to come out to his conservative family in the early years of the AIDS crisis.

Canadian programming includes the world premiere of Sook-Yin Lee’s new feature Octavio Is Dead, starring Sarah Gadon as a woman trying to discover the father she never got the chance to meet – over the objections of her mother (Rosanna Arquette) – and the Canadian premiere of Colin Minihan’s What Keeps You Alive, with Brittany Allen and Hannah Emily Anderson as a couple whose first wedding anniversary becomes a battle for survival.

Sarah Fodey’s The Fruit Machine looks at the RCMP’s efforts to weed out gay federal employees during the Cold War – on the grounds that their sexuality could make them a blackmail risk – and Laura Marie Wayne’s Love, Scott – which just screened at Hot Docs – follows the filmmaker’s friend Scott Jones as he recovers from a brutal assault by joining the fight against homophobic hate crimes.

The Icons program is packed with documentaries about, well, icons: Antonio Lopez 1970: Sex, Fashion, & Disco profiles the eponymous illustrator who helped shaped the images of Grace Jones and Jerry Hall, among others Every Act Of Life looks at the career of American playwright Terrence McNally Larger Than Life: The Kevyn Aucoin Story examines the legacy of a pivotal makeup artist Silvana introduces us to a Swedish punk legend and To A More Perfect Union: US V Windsor concludes the story of Edith Windsor and Thea Spyer, whose relationship was the subject of the documentary Edie & Thea: A Very Long Engagement.

The Premieres program includes Hurley, a documentary about 70s racing star Hurley Haywood, whose life was far more complicated than his all-American image suggested Night Comes On, a drama about a young woman released from juvenile detention on her 18th birthday directed by actor Jordana Spiro, and Skate Kitchen, a drama about a young woman drawn to the skateboarding cliques of New York City from Crystal Moselle, who made her name with the documentary The Wolfpack.

Films in the International Showcase include Anchor And Hope, starring Oona Chaplin and Natalia Tena as an English couple whose happy life is thrown by an unexpected pregnancy Evening Shadows, Sridhar Rangayan’s drama about a gay Mumbai man who visits his parents in South India to discover they’ve arranged a marriage for him to a childhood friend How To Talk To Girls At Parties, a sci-fi comedy set in 1977 London from Hedwig And The Angry Inch director John Cameron Mitchell and starring Nicole Kidman and Elle Fanning, and Mr. Gay Syria, a documentary that considers Syria’s refugee crisis through the eyes of its displaced LGBTQ citizens.

Inside Out runs from May 24 to June 3 at the TIFF Bell Lightbox. For full details and schedule, visit the festival website.