Inside Out 2018: Love, Scott captures the personal toll of police failure

Scott Jones was paralyzed in an attack he said was homophobic, but authorities did not deem it a hate crime 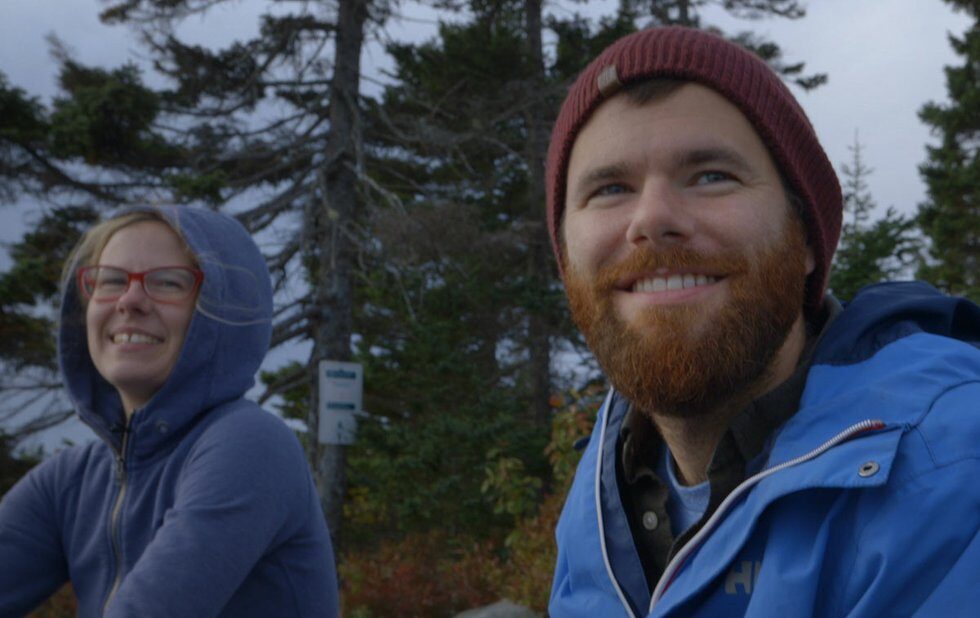 After Scott Jones was attacked by a knife-wielding assailant outside a Nova Scotia bar, his long-time friend Laura Marie Wayne flew home from Cuba to be by his side in the hospital.

“I had no idea what shape he was in. I knew it was bad and I knew that his throat had been slit,” she recalls. “I was so scared and as I came around the hospital bed, one of the first things Scott said to me was, ‘Laura, did you bring your camera?’”

“It was a blurry, hectic time and I knew pieces of it were going to get lost,” Jones adds. “Looking back at it in the film, I’m like, ‘Wow.’ I see the person I was in that moment and how much has changed.”

Five years later, the two are holding court with media at the National Film Board of Canada’s Toronto office to talk about their documentary, Love, Scott, which screened at Hot Docs in April and is set to play Inside Out.

In the ensuing time, Jones, who is paralyzed from the waist down as a result of the attack, also embarked on a nation-wide anti-homophobia campaign and moved to Toronto to study choral music and social justice.

But one thing hasn’t changed: the attack has never been officially deemed a hate crime.

Jones is gay and told police the look from perpetrator Shane Matheson – who is now serving 10 years in prison for the crime – earlier that night was all too familiar. Growing up in a small town, he instinctively recognized hatred.

Though he’s told his story to media over the years, the dream-like Love, Scott intimately looks at the far-reaching impact of hate. Wayne raised $11,000 and directed the film, but when the NFB came on board the production extended from a few weeks to four years.

“Often the media wants to construct a narrative the public will enjoy reading, whether it’s really sensationalized regarding the attack or it’s ‘Scott is doing really well,’” explains Jones. “This film was an avenue to explore the harder emotions and work through those. It ended up being the most cathartic process throughout the last four and a half years.”

Google Jones’s name and headlines like “Scott Jones says he forgives his attacker” and “Scott Jones’ story of forgiveness” appear.

The documentary makes those media reports seem quaint by comparison. It explores what forgiveness means when a victim’s truth is not being acknowledged by authorities. In one scene, the pair return to the scene of the crime. Another captures Jones reading a letter to Matheson that he wrote in hopes of sparking a healing process for both men.

“What does moving on look like?” says Wayne, who bristles when I bring up the headlines. “Especially with the accessibility issues, health concerns and emotional impact. Move on? I was really irate about the simplistic narrative that was in the media.”

Are people ready for the more complicated story? Signs are mixed.

Love, Scott’s festival run coincides with the case of alleged serial killer Bruce McArthur, which has drawn attention to the issue of police refusing to believe LGBT people.

An April report by Toronto Police’s Hate Crimes Unit noted the number of reported hate crimes in the city was up 28 per cent last year over 2016, with Muslims and LGBT people most likely to be assaulted.

In Jones’s case, he immediately reported the attack as a hate crime.

“I know my experience, but I didn’t feel the police were supporting me or had the tools to do that,” he says. “I was just not being kept in the loop.”

“I look at this film as us passing the torch to policy-makers, law students, the media and police departments to start conversations that can have a ripple effect,” says Wayne.

Jones is enjoying living in Toronto, which he says is more accessible than Halifax for wheelchair users. His studies in choral music are taking on social justice dimensions as he looks to merge music and activism in more pointed ways.

Talking to the press has become a bit easier now that he realizes he doesn’t have to answer every question, a process that can cause retraumatization.

“We had to stop and set the boundaries,” she says, adding it’s possible to discuss the issues without “having to justify your truth and experience to someone who just walked in the door and leaves 20 minutes later.”

“After the attack, I wasn’t prepared,” says Jones. “Now I’m much more aware of how to go about it in a way that’s good for me.”