Elton John biopic Rocketman to open Inside Out 2019 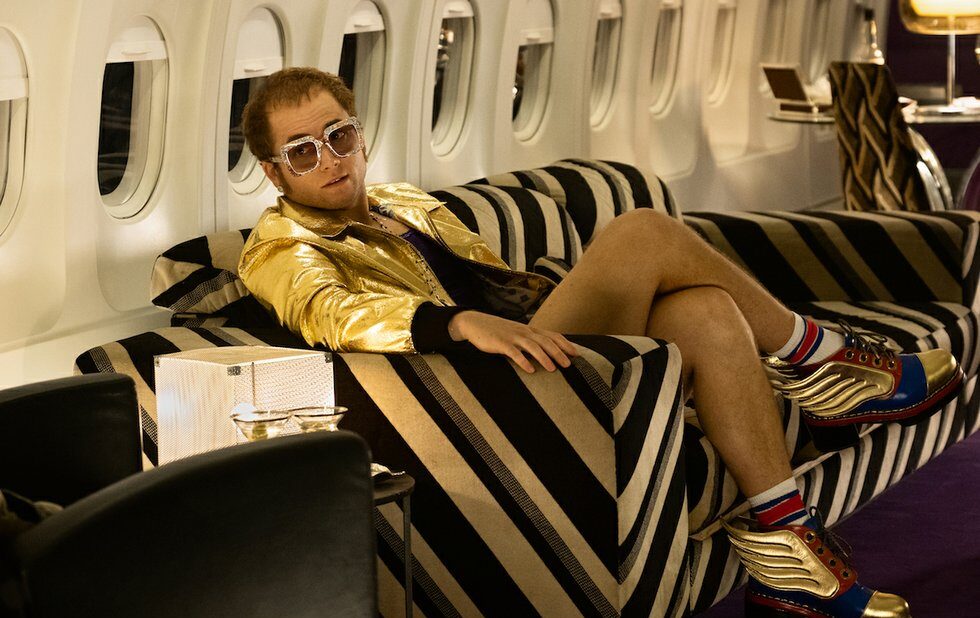 The 29th annual Inside Out LGBT Film Festival will kick off with a great big studio biopic – Rocketman, Dexter Fletcher’s much-anticipated look at Elton John’s emergence on the pop scene – and close with Nisha Ganatra’s Late Night, the hit Sundance comedy starring Mindy Kaling as a comedy writer who forms an unlikely friendship with her new boss, a late-night host played by Emma Thompson. (Ganatra’s Chutney Popcorn closed the festival all the way back in 2000.)

Rocketman is the big surprise here – not for its content, but for the fact that Inside Out rarely screens major-studio releases. Starring Kingsman’s Taron Egerton as the flamboyant musician and Jamie Bell as his lyricist, Bernie Taupin, the film also carries a curious connection to Bohemian Rhapsody: Fletcher, who had a small role in that film, took over as its director when Bryan Singer was fired by 20th Century Fox two-thirds of the way through principal photography. (Hopefully, this picture won’t be quite so delicate about its subject’s sexuality.)

The spotlight on Tales Of The City arrives just a day after Inside Out and Netflix announced a four-year deal, effective immediately, with a “generous commitment” allowing Inside Out “to significantly build, enhance and solidify its support of LGBTQ filmmakers through a multi-year investment in the LGBTQ Film Financing Forum.”

The money comes from Netflix’s existing Canadian developmental fund, announced in the fall of 2017, and will result in the expansion of Inside Out’s development and mentorship programming. (The streaming service also becomes a presenting partner in the festival.)

Two films will screen as Special Presentations: Mike Doyle’s Sell By, a relationship dramedy starring Scott Evans, Augustus Prew, Michelle Buteau and Zoe Chao, and Jeffrey McHale’s You Don’t Nomi, a documentary about the failure and rehabilitation of Paul Verhoeven’s Showgirls tracing the 1995 film’s initial failure, its near-immediate resurrection as a midnight movie and eventual rehabilitation as a movie worth talking about by people who really should know better. (Adam Nayman, a Toronto critic and author who wrote It Doesn’t Suck, is featured in the film.)

Films screening in the Premieres section include some intriguing genre-hoppers, such as Brad Michael Elmore’s Bit, a comedy starring trans actor Nicole Maines (Supergirl) as a young woman with mixed feelings about joining a Los Angeles vampire cult, and Jennifer Reeder’s Knives And Skin, a musical(!) about high-school friends trying to solve the disappearance of a missing pal.

There’s also Lisa Xiang Zi’s A Dog Barking At The Moon, about a Chinese family sitting on decades of secrets Marco Berger’s The Blonde One, about a man attracted to his avidly heterosexual roommate in present-day Argentina and Before You Know It, Hannah Pearl Utt’s dramedy about a family shaken by the death of their patriarch – and even more shaken by the discovery that the mother they believed long dead is in fact alive, well and a soap star. (Alec Baldwin, Judith Light, Mandy Patinkin and Mike Colter co-star alongside Utt and co-writer Jen Tullock.)

The Icons program offers a selection of documentaries focusing on, well, icons. Frédéric Tcheng’s Halston recounts the life (and looks) of the designer who became synonymous with 70s American fashion Rachel Mason’s Circus Of Books pays tribute to her parents Karen and Barry Mason, whose Los Angeles bookstore became the flashpoint of an obscenity case during the Reagan years. Linda Goldstein Knowlton’s We Are The Radical Monarchs investigates an alternate troop to the Girl Scouts that allows tween girls of colour to collect badges in social activism and cultural awareness, and Roman Chimienti and Tyler Jensen’s Scream, Queen! My Nightmare On Elm Street – screening as a special sneak preview – looks at actor Mark Patton’s complicated relationship with his lead role in Nightmare On Elm Street 2: Freddy’s Revenge, which was widely interpreted as a film about gay panic and derailed the closeted actor’s career.

Fresh from its Hot Docs premiere, Megan Wennberg’s Drag Kids will screen in the Spotlight On Canada series along with Almerinda Travassos’s Dykes In The Streets, about the history of Toronto’s queer women’s movement Michelle Mohabeer’s Queer Coolie-Tudes, an essay film about queer Canadians from the Indo-Caribbean diaspora, and Gabrielle Zilkha’s Queering The Script, which looks at the gay subtext (and text) of television shows like Buffy The Vampire Slayer, Lost Girl and Carmilla.

The International Showcase program offers a selection of new and recent cinema including the trans-themed sci-fi anthology Transfinite, Indian filmmaker Swarnavel Eswaran’s culture-clash romance Catamaran and the Venezualan-Colombian intersex drama Being Impossible. And if you missed them at TIFF, the queer dramas Papi Chulo and Vita & Virginia will be back at Inside Out – the former from Handsome Devil director John Butler, starring Matt Bomer as a California weatherman drawn to a migrant worker (Alejandro Patino), and the latter starring Gemma Arterton and Elizabeth Debicki as literary lovers Vita Sackville-West and Virginia Woolf in a Chanya Button’s period drama.

The festival also offers dozens of short films and a selection of television programming, including the world premiere of all seven episodes of Razor Tongue, a new web series about public shaming directed by and starring Transparent’s Rain Valdez, and a preview of the second season of Starz’ Vida followed by an onstage conversation with guests including co-stars Mishel Prada and Ser Anzoategui.

The 29th annual Inside Out LGBT Film Festival runs from May 23 to June 2. Find the full program and schedule here.