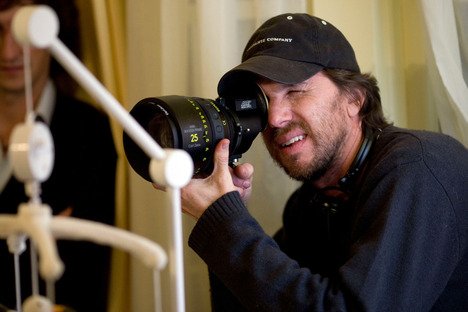 Breck Eisner focuses in on character for the Crazies remake.

THE CRAZIES directed by Breck ­Eisner, written by Scott Kosar and Ray Wright based on the screenplay by George A. Romero and Paul A. McCullough, with Timothy Olyphant, Radha Mitchell, Danielle Panabaker and Joe ­Anderson. An Alliance release. 100 minutes. Opens Friday (February 26). For venues, trailers and times, see Movies.

That’s why Breck Eisner is doing a round of promotional phone interviews on his mobile from the hallway of a Los Angeles courtroom.

“We have a lunch break from 12 to 1:30,” he says by way of apology, his voice echoing off the walls. “It’s a nightmare. I had to keep delaying because of production and post-production. So now not only do I have the movie coming out and all this, but my wife just had a baby a week ago. It’s a really bad time for jury duty.”

At least he has something to think about while he sits and waits to be empanelled.

His new movie, The Crazies, is about to pop. A highly anticipated revamp of George A. Romero’s 1973 thriller, it stars Timothy Olyphant and Radha Mitchell as David and Judy, a couple forced to flee both their violent neighbours and a military containment force after a devastating biological weapon is accidentally released in their small town.

Reshaping the story for contemporary audiences meant throwing out the original’s Vietnam-era satire, among other things.

“Some elements of the original just don’t play today,” Eisner admits. “The original was told both from the point of view of the military and the civilians. I felt that to achieve a more modern feel I had to remove the military’s point of view and tell it simply through David and Judy. It felt like a more realistic and more terrifying experience, since the characters don’t know what’s happening to them.”

There’s a lot more to those characters in this version, for which Eisner credits screenwriters Scott Kosar and Ray Wright.

“You have empathy toward the characters, and their journey makes the script a dynamic read. That was really how we got the movie made, how we got Timothy and Radha and the other actors involved. Someone like Tim might not be known for doing horror movies, because I don’t think he sees himself doing them, but he saw it as a good character to play in a horror setting.”

Before our time runs out, I ask Eisner about the rumours that he’s developing a remake of David Cronenberg’s The Brood.

“It’s in the very early stages,” he says. “I’ve just been talking about it. It’s not in any way set or decided on. It’s just a very early discussion that is not yet a decision.”

I ask if he’d considered casting it with the leads from the desert adventure Sahara, his first film: Penélope Cruz in the Samantha Eggar role, Steve Zahn as Art Hindle, Matthew McConaughey as Oliver Reed.

Eisner laughs for a good long while – and doesn’t say no.

Breck Eisner on what he looks for in a horror project:

Eisner on working with Timothy Olyphant:

Eisner on the differences between Sahara and The Crazies, and the different scales of production: