The director begged every actor she loved to be in her fourth feature film, The Photograph – and they all said yes 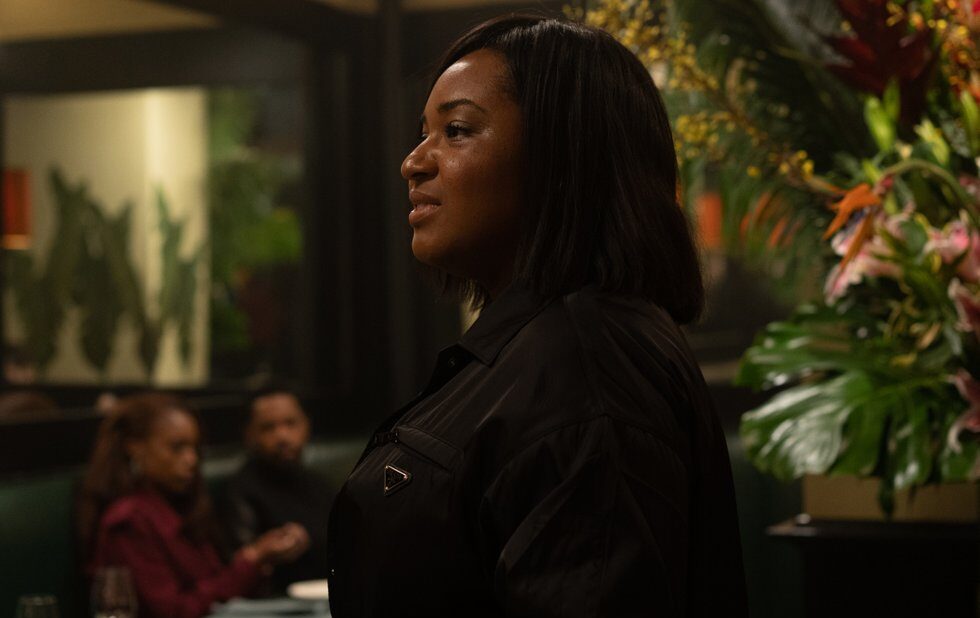 Stella Meghie takes a moment on The Photograph set, with stars Issa Rae and LaKeith Stanfield in the background.

It makes a weird sort of sense that Stella Meghie would come back to her hometown of Toronto on a day when it’s -14°C before the wind chill. She lives in Los Angeles now, and the weather is a handy reminder of what California offers that we don’t.

Meghie – whose career took off with the Toronto-shot indie Jean Of The Joneses in 2016, leading to the YA drama Everything, Everything with Amandla Stenberg and the comedy The Weekend, an ensemble comedy featuring Sasheer Zamata – is back in town with The Photograph.

Strategically positioned for Valentine’s Day, it’s a lushly realized romance starring Issa Rae and LaKeith Stanfield as Mae and Michael, two New Yorkers who fall for each other just as their lives slip into separate upheavals: Michael’s mulling a move across the Atlantic, while Mae’s late mother has left her a letter that threatens to upend everything she knows about her past.

That opens The Photograph up to flashbacks of Mae’s mother in Louisiana as a young woman (Chanté Adams), trying to decide what her own future holds. And in her measured, unhurried approach to these entangled lives, Meghie shuffles the priorities of the romantic drama.

I ask her whether that made it an easier or harder sell.

“Probably harder,” she admits. “You know, Universal hasn’t made this movie before. So I’m glad that they agreed to make it, and that I was able to hold onto the more fluid aspects of the script.”

Take the primary relationship between Mae and Michael, which plays out as less of a will they/won’t they and more of a should they/shouldn’t they.

“That’s from part of my life,” Meghie says, “when I was trying to figure out the next steps. I ended up quitting my job, moving to London, going back to school… I’m probably more Michael than Mae.”

So, at the risk of being too personal, how close is The Photograph to autobiography?

“It’s not close,” she laughs, “but I definitely pulled certain frames from it. I can relate to [Michael’s] career trajectory [more than the relationship drama] – you know, you focus on getting to know yourself first, and how your personal relationships fit into that.”

However the script is structured, Meghie knew The Photograph would live or die on the strength of its actors, so the casting had to be dead-on.

“Issa came first,” Meghie explains. They’d met when she directed an episode of Rae’s HBO series Insecure. “And then I just got very lucky. Everyone was my first choice, truly. I remember talking to Jasmine Cephas Jones from Hamilton [for a smallish part], and she was like, ‘I’ll audition, I’ll do whatever’ and I was like, ‘I don’t want you to. I know who you are and I really want you for this particular role.’ I just basically begged everybody I loved to do it. People I hadn’t worked with before. Courtney Vance was just like, ‘I just want to be part of the ensemble.’

“And I just got very lucky that everyone wanted to be a part of this big ensemble, and that I was able to bring out some new people like Chanté Adams and Kelvin Harrison Jr. – you know, they just all gelled together. It’s like putting together a dinner party.”

Stanfield feels like the biggest get. The Photograph is his first romantic lead, and he makes the most of the opportunity.

“Issa was working in Louisiana and I was going to scout [locations], and I’d just talked to LaKeith and really liked him, so I called Issa: ‘I really think this is the guy,’” Meghie says. “He came down to Louisiana and we all just read the date scene, and the way he inhabited the character was just like no other read we had seen. He was just so in the moment – he made it his own, and he made it feel honest. He never feels like he’s reading off a page. There’s not a lot of guys like that.”

The Photograph is Meghie’s fourth feature, but it doesn’t feel like any of her other work – it’s got its own rhythms, its own very specific mood.

I ask Meghie how, in an era where directors are so often locked into a career track of making one sort of film over and over again, she’s been able to keep changing things up, switching between indie projects and studio films, lighter stories and more dramatic material.

“I feel like I’m not boxed in,” she says. “Comedy/drama is my sweet spot, and this one leaned more toward the dramatic than anything I’ve written for myself [before]. And that was really fun, to do some of those scenes in the past when it gets really heavy. You know, that was a muscle I hadn’t really completely flexed yet: ‘I hope I can pull this off!’ But you go in with people like Marsha Stephanie Blake and Rob Morgan, and it’s hard to mess up.”

The movie keeps coming back to Michael and Mae and their easy, unhurried connection. It’s something we don’t see much of in cinema: the pleasure of two people just enjoying time together, wherever that time might take them. Most stories rush from one complication to the next, but it’s a mature approach that sets The Photograph apart.

“I just chose to focus on the regret and the decisions and the happiness, and didn’t sensationalize it,” Meghie says. “You can decide what shows up onscreen, and for me it was less about seeing Mae and Michael argue and more about seeing Mae grow, and seeing Michael grow, and figure things out within themselves so that they could come together – you’re just in their lives for an hour and 45 minutes, and hopefully you like where they end up.”