The Blunt edge: Emily Blunt deserves the crown for her dramatic versatility 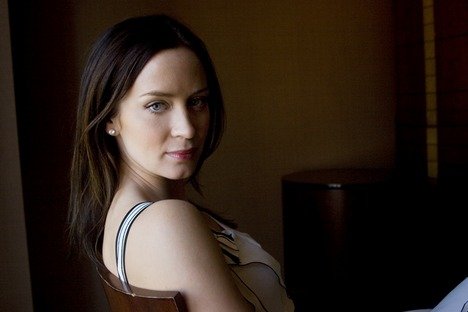 It’s the last day of the Toronto Film Festival, and Emily Blunt looks absolutely terrific – in contrast to the exhausted publicists and journalists wandering the halls of the hotel where she’s doing press for the closing-night gala, The Young Victoria.[rssbreak]

“You’re all walking in looking relieved and a bit drained,” she says, a little worried.

I thank her for her sympathy and then tell her how happy I am to see her making another drama. After breaking out as Meryl Streep’s territorial assistant in The Devil Wears Prada, Blunt was quickly classified as a comic scene-stealer, popping up opposite Steve Carell in Dan In Real Life and Amy Adams in Sunshine Cleaning, and in the ensemble cast of The Jane Austen Book Club.

She’s perfectly funny, mind you. But those of us who first noticed her as Natalie Press’s complicated lover in Pavel Pawlikowski’s powerful coming-of-age drama My Summer Of Love have been waiting for her to get properly serious again.

Her eyes light up when she hears this.

“I’ve been waiting, too! But I think that there are fewer of those films around. A comedy seems to be an easier thing, financially, to make, and the one that most people will want to go and see – or that’s the perception. But I totally agree [with you] I was just waiting for the right dramatic role to come along.”

And it has. The Young Victoria is a great showcase for Blunt’s specific combination of haughty confidence and unexpected vulnerability. As the sheltered young woman suddenly elevated to the throne, Blunt finds the emotional conflict beneath Victoria’s unyielding public persona.

“People forget she was a teenager,” Blunt says. “She’d led such a closeted life, so she didn’t have any of the court manners. She didn’t really know the protocol, even though she’d kind of been bred for it. But she had such a modern way of thinking that allowed her to find the man she would fall in love with, and it also stopped her from following too much of the social graces.

“People in the castle would talk about the blazing fights she had with Albert,” she continues. “Victoria didn’t give a shit that people were listening at the door, and there were staff everywhere. She would chase him around the castle, yelling. I loved her irreverence: ‘I’m never gonna conform, and if I’m mad I’m gonna say it.’ I thought that was really passionate and forward-thinking.”

It was a take on the young monarch that director Jean-Marc Vallée encouraged her to pursue. She adopts a terrible French accent: “‘She waz a rebel, you know.’ And I was like, ‘Ah, I love this guy.’ This was a fresh way of looking at a queen. He saw her as a girl, and therefore encouraged me to do it. I thought I could channel my experiences into her, rather than trying to emulate something that I knew nothing about.”

Next, Blunt will be seen as Benicio Del Toro’s love interest in The Wolfman and as the Princess of Lilliputia in a new version of Gulliver’s Travels, starring Jack Black. And she’s appearing opposite Matt Damon in the sci-fi thriller The Adjustment Bureau, which has presented her with a whole new set of challenges.

“I have to be a dancer in it,” she laughs, “which is hilarious, because I’m no dancer. I’ve been in boot camp for the last month for the contemporary dancer I’m supposed to be. People are like: ‘Oh, yeah, she’s supposed to be able to do this.'”

Emily Blunt on playing Victoria as a person instead of a persona:

Blunt on the genuine romance between Victoria and Albert:

Blunt on the challenge of avoiding stuffy old period cliches: