The filmmaker wants to confront the audience with upsetting ideas and images, just like the ones that scared him as a kid 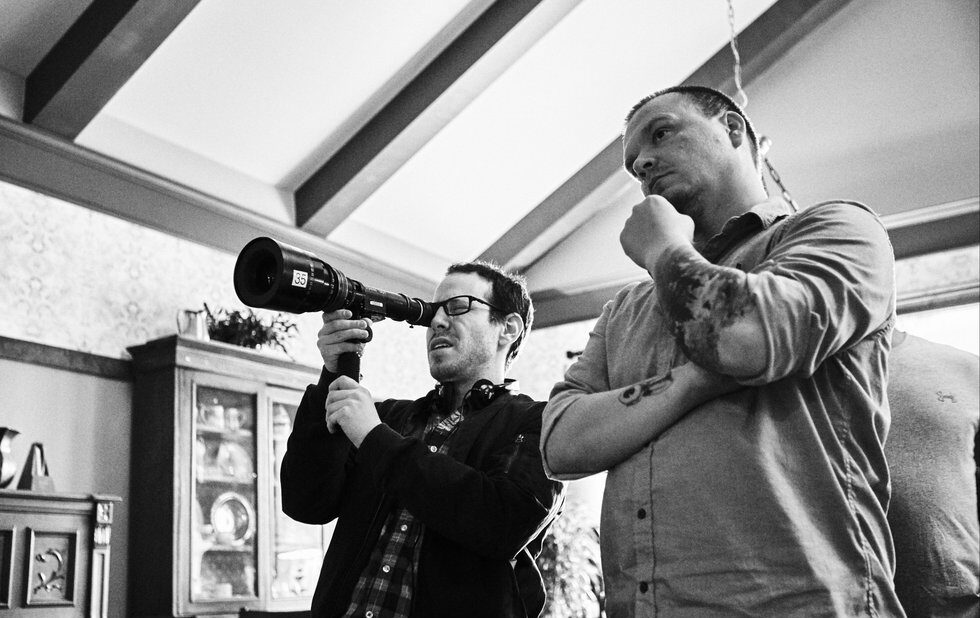 Ari Aster is very tired. He’s been doing press for his new horror movie Hereditary almost nonstop since it premiered at Sundance earlier this year, and he’s a little worried that he’s running out of things to say.

So instead, while sitting in a TIFF conference room during his Toronto visit, we talk about other movies: classics like Rosemary’s Baby and Don’t Look Now and The Exorcist, which Hereditary references in both textual and subtextual ways, and a few other films that were in his head when he was writing Hereditary.

“You know, the things that scare me: Piper Laurie in Carrie chasing Sissy Spacek through a house filled with lit candles with a knife and a giddy smile on her face. I was bothered by the image of the body that looks like a cooked turkey in The Cook, The Thief, His Wife And Her Lover. I was bothered by the dwarf at the end of Don’t Look Now. I just wanted to fill the movie with as much of that kind of thing as I could conjure.”

By way of example – and to find a moment that’s in no way a spoiler – there’s a scene early in the film where young Charlie Graham, played by the stage actor Milly Shapiro, pulls on a shabby orange hoodie and goes out wandering in the tall grass behind her house.

If you haven’t seen Don’t Look Now, it just plays as a weird little moment. But if you have seen it, you’ll recognize that Shapiro has been dressed and styled to deliberately echo a character from that film. It’s a filmmaker tipping his hat to an inspiration, but it’s also a way of telling horror fans what sort of movie this is going to be.

“I wanted to make a film that demanded a certain amount of patience from the audience,” he says, “but one that intended to pay that off. The challenge for the audience is to sit tight, and the challenge for me is to make sure that they’re satisfied at the end.”

And out of respect for his audience, Asher didn’t want to load Hereditary with the sort of jump scares that dominate most contemporary horror movies.

“There are a few,” he admits, “but they kind of grew organically out of what I was writing as opposed to me looking for them. I just wanted to make a film that kind of locked eyes with the audience I tried to confront them with very upsetting ideas and images, which were the things that bothered me as a kid. And I was not scared by something jumping out of the dark, I was scared by something standing in the dark and just looking at me,” he laughs.

That sense of being watched permeates the whole movie, which uses a deliberate visual strategy to frame the characters as specimens, or subjects, at the mercy of an unseen force. And that’s the big question of the first half of the movie: is something watching the Graham family, or is it just the camera?

“I wanted to make a conspiracy movie with no exposition,” he says. “We are with this family we learn what they learn. There are times where they learn maybe more than is totally credible, but I want the audience to be with them in their ignorance of what’s happening – and at the same time I want there to be this sort of sinister knowing quality to the movie. Like, the movie itself knows where they’re going and is excited about it, you know? And so there’s this feeling of the family being surveilled.”

Toni Collette, Gabriel Byrne and Alex Wolff shoulder the bulk of that attention as the other members of Charlie’s family, and Aster can’t praise them enough.

“I think I might have driven them nuts a little bit on set, because I block everything out beforehand,” he says. “You know, we had 30 days to shoot the movie, there’s just no time. I have the blocking and I know how the camera is going to be moving in relation to that blocking. Which I think is very constraining for actors, and I try to leave room for them to move around and do whatever they need to within the blocking.

“But if they were constrained in any way, it’s to their credit that you just don’t feel it. They really just breathed life into those parts, and I’m very grateful to them. I knew when I was writing that the movie was going to live or die based on its performances, and I feel like I got very, very lucky with this cast.”