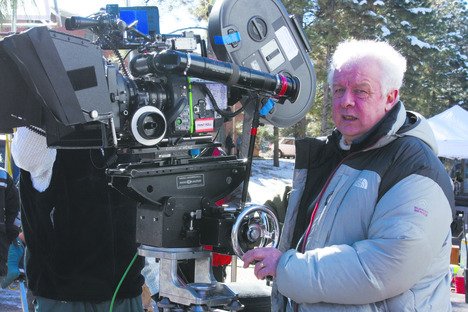 When it comes to war movies, Hollywood is strangely dogged. It doesn’t matter how many post-9/11 war movies tank at the box office: The Hurt Locker, Stop-Loss, In The Valley Of Elah. We keep getting more.[rssbreak]

Now Jim Sheridan’s releasing Brothers, the story of Sam, a man traumatized by his tour in Afghanistan who returns to his family only to find them transformed, mainly by the presence of his once bad-boy brother.

Sheridan thinks that focusing on the humanity of his characters might help Brothers avoid the box-office-killing stigma.

“This movie could be set in any period – World War II, Vietnam,” he says over the phone in his irresistible Irish lilt. He’s in Toronto in pre-production for Dream House, with Daniel Craig. “It’s about what happens when God has made you choose between good and evil, and the consequences of having to make that decision.

“I tried not to be a propagandist. If I’m engaged in any debate, it’s only out of a loving concern. I want to show the human person under the uniform.”

Unlike his well-known gems My Left Foot and In America, Brothers isn’t written by Sheridan. The film’s adapted by David Benioff from Susanne Bier’s Danish movie of the same name. To finalize the script, Sheridan took advantage of the presence of playwright Sam Shepard, who plays the brothers’ war vet dad.

“He’s so good – it’s a pity he doesn’t do more acting. And he was helpful with the script,” admits Sheridan. “He came in at a point where we’d improvised it to death, and he’d say, ‘These are good scenes,’ so the whole thing kind of got solidified there.”

As brothers Sam and Tommy respectively, Tobey Maguire and Jake Gyllenhaal both give powerful performances, but Sheridan says that’s all they have in common – their acting styles are completely different.

“Tobey’s very controlling,” he recalls. “You go close on him and he’s very complex and you can see how he’s thinking about everything. But he’s like a poker player rather than like a star with a huge intensity.

“But he knows how to stay real. He acts how he behaves in real life. He’s interested in everything that’s going on around him. That leaves a powerhouse kind of person that you want behind your back in a war.”

Taking on the inevitable criticism that Natalie Portman is too beautiful as an army wife, Sheridan describes going to Camp Pendleton to talk with military families.

“I have to tell you, I met some really beautiful women who are married to soldiers. Women like warriors, you know.”

And does he consider himself a kind of warrior?