Viggo Mortensen and his little co-star bonded during brutal conditions 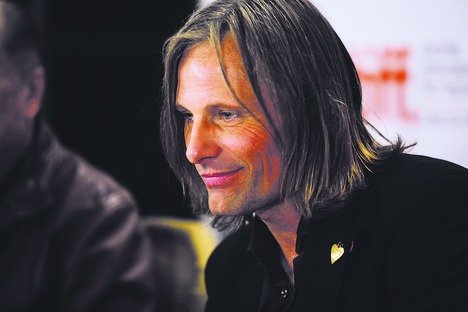 Viggo Mortensen and Kodi Smit-McPhee are sitting together in a hotel room. They’ve been together for days, doing press for The Road, an apocalyptic drama in which they play characters known only as The Man and The Boy.[rssbreak]

They look different now. Healthier. Cleaner. Mortensen has gained back some of the weight he dropped for the film Smit-McPhee is wearing a dark suit and drinking a strawberry milkshake. With the Toronto Film Festival bustling outside the door, it seems weird to be discussing their roles as a starving, ravaged family.

Mortensen agrees. “You’re livin’ the high life right now,” he says to his co-star, grinning. “The suit, the milkshake….”

Smit-McPhee nods and returns to the milkshake. Mortensen will do most of the talking in our time together – still playing the protective father, shielding his young charge from strangers.

You can understand the bond. So much of The Road is just the two of them, wandering through a series of ruined American landscapes. The rough weather and miserable terrain seen in the film are largely real the production shot in remote locations during a harsh winter. And that, Mortensen explains, wound up helping him and Smit-McPhee define their characters.

“We had some difficult emotional work to do in the early stages of filming,” he says, “and we were shooting when it was quite cold, and we bonded. I think it helped us get closer, that we got through these difficult things. And then the later [scenes] that we did were just easier. We had that kind of relationship that I rarely have. I can’t say I’ve ever had a better acting partner. And I’ve worked with some great people, you know?”

Mortensen credits director John Hillcoat’s decision to seek out bleak locations – and bad weather – with keeping him and his co-stars in The Road’s oppressive world.

“The snow was good, and stumbling in the muddiness and all that stuff,” he says. “It’s old-school. Now, people can correct so much in post, and add so many things, and they have so many lights at their disposal. 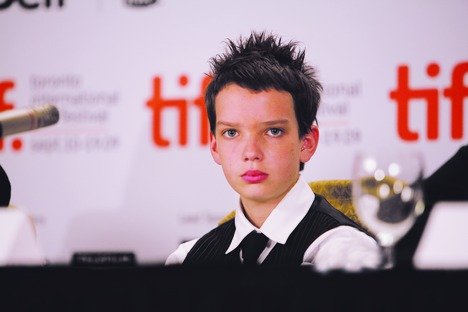 “This was basically a low-budget independent movie, shooting in the winter – outside, mostly – with limited hours. And it had to have a specific look, so if you had to wait for it, you had to wait for it. It was funny, because there would be times when [cinematographer Javier Aguirresarobe] would literally be screaming stuff in Spanish, praying to God and the sky, hating the sun.”

Smit-McPhee chimes in. “It’d be all right, and then the sun would come out, and he’s like, ‘No, five seconds! Five seconds! Nooooo!'”

Mortensen smiles. “Javier would go crazy. He’d be on his knees crying, looking at the sky. I mean, we laugh, but we were on his side, and we were ready to go. We didn’t, like, fart around if he said he had the right look, we were there. We felt like a team.”

The sense of camaraderie extended to the whole production, Mortensen says, especially since everyone involved knew Cormac McCarthy’s book so well.

“It’s about things that I, in my heart, know are true,” he says about the novel. “That it’s best to be in the moment, and to appreciate what you have. Because it can be taken away. And when you strip away everything, are we just alive to find food and to stay alive, and to kill people if you need to do so? Is that all there is to life? Just being a machine, really?

“Or is there something else beyond the baser instincts? Is it important, the concept of ‘carrying the fire’? What does it actually mean in practice? What does it mean to be a good guy as opposed to a bad guy? Those things have very real answers, by the end… and that’s what I take away.”

Viggo Mortensen and Kodi Smit-McPhee on working so closely together:

Mortensen and Smit-McPhee on the sense of working on something precious:

Mortensen and Smit-McPhee on the story’s ultimate theme: