NOW MagazineMovies & TVNews & FeaturesReview: Spider-Man: Into The Spider-Verse and Aquaman on Blu-ray

Review: Spider-Man: Into The Spider-Verse and Aquaman on Blu-ray

Two of the superhero genre’s nicest surprises have arrived on disc and digital, offering deep dives, lots of extras and an epic Alternate Universe cut 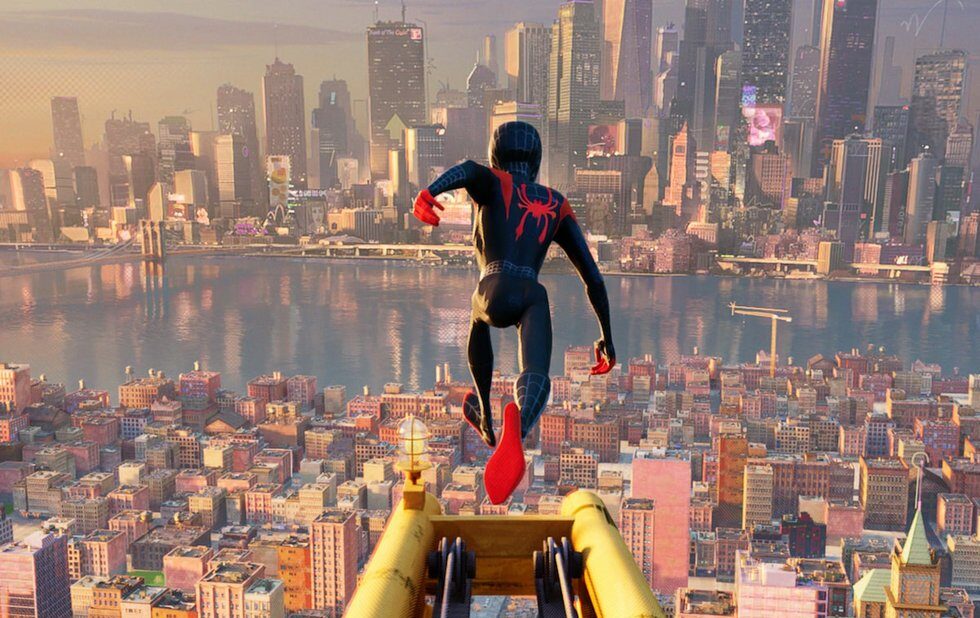 Late last year, a couple of superhero movies offered us a wonderful reminder of the range of the genre. And they did it by not worrying too much about decades of canon, in-universe continuity or the expectations of the fans.

They just had fun. And, as a result, so did we. Bob Persichetti, Peter Ramsey and Rodney Rothman’s animated Spider-Man: Into The Spider Verse and James Wan’s live-action Aquaman might be part of larger franchises, but they feel like weird, go-for-broke stand-alone projects there’s wild energy at work in both of them, though the Marvel movie is tighter and sharper than its DC counterpart, which occasionally gets bogged down in an origin-story narrative that could have been leaner. But even so. It’s a good movie.

If you missed them in theatres, the just-released Blu-ray and 4K editions offer plenty of reasons to catch up to them now: both films look and sound great, and come loaded with supplemental material that’s intelligently crafted and well worth a deep dive. (This is not an Aquaman pun. I hate puns.)

Sony’s Spider-Verse package is the clear winner, giving the Oscar-winning animated feature a sparkling high-def transfer that makes its manic visual style as dazzling as it was on the big screen. (The 4K version also includes Dolby Atmos audio the Blu-ray offers a DTS-HD track.) And the extras are a one-stop animation school, starting with an informative and engaging audio commentary from all three directors and producers Phil Lord (who co-wrote the film with co-director Rothman) and Chris Miller.

It’s a pleasure to listen to them bounce off one another, trading ideas and digging into the deeper emotional themes driving the story of Miles Morales succeeding his reality’s Peter Parker as the one and only Spider-Man. (Is that a spoiler? No it is not. They all lose someone.)

But that’s only the beginning of the extras. There’s an entire “alternate universe” version of the film, mixing unfinished storyboards and animatics with completed animation to show us abandoned characters (Ganke!), discarded concepts (Spider-Man: The Motion Picture) and different angles on the stuff they kept. It’s almost two and a half hours long. It is like eating three whole bags of candy in a single sitting, and it’s worth buying the disc for this extra alone.

And yet there’s even more: John Mulaney’s delightful Spider-Ham gets his own animated short, the Looney Tunes-inflected Caught In A Ham it’s only four minutes, but it fulfills all the ridiculous promise of the character, and sneaks in what might be a cannibal joke. It’s everything I ever wanted.

There’s also the requisite promotional material – interviews with the cast, a look at the visual aesthetic and character designs (one featurette each for the heroes and the villains, of course), a guide to the various Easter eggs scattered throughout the movie, a couple of music videos and a tender tribute to Spider-creators Stan Lee and Steve Ditko, who both died in 2018. It’s a great package from start to finish.

The Aquaman disc is slightly less of a dazzler, though the film still looks great – and both the Blu-ray and 4K releases present the film as it was shown in IMAX engagements, shifting between 2.40:1 scope for the bulk of the sequences on land and expanding to screen-filling 1.78:1 for the underwater scenes and the sequence in the desert, which I suppose is technically… an ocean of sand? Eh, it’s Aquaman, just sit back and enjoy.

The movie looks great, with Wan breaking out of Zack Snyder’s grimdark house style to revel in his world’s vivid colours, impossible landscapes and bizarre undersea inhabitants the Dolby Atmos soundtrack (available on both the 4K and Blu-ray releases here – thanks, Warner!) also goes the extra mile in the underwater sequences, with just the tiniest edge of warble in the dialogue to suggest the effort of talking through liquid. And yeah, I know it’s telepathy in the comics, but that’s not how it works in the movie.

I was also really struck, on this viewing, by the way the Black Manta costume looks like an action figure come to life, creating an immediate contrast between the faceless pirate and Jason Momoa’s very human Arthur Curry. (This is in no way a knock against Yahya Abdul-Mateen II’s performance as the man in the suit: when we see him without it, he’s as real and vulnerable as anyone else in the movie… but once he puts that helmet on, the character goes flat in a really interesting way.)

Supplements are fun but light, with about an hour and a half of featurettes that zip through various aspects of Aquaman’s creatures, weapons, visual effects and production design, actor interviews with Patrick Wilson, Abdul-Mateen, Amber Heard and Nicole Kidman (paired) and longer profiles of Momoa and Wan, who also get considerable screen time in a 20-minute look at the overall production.

It’s kind of charming to watch this stuff and see how fond Wan and Momoa are of each other, and how well they clicked in this movie: it makes me eager to see what they do in the inevitable sequel.

And speaking of charming, the disc also includes a sneak peek at Shazam!, which opens next week. Remarkable timing, that.