After surviving a brush with cancellation, the musical drama series is back for its last season – and we deserve a final chorus 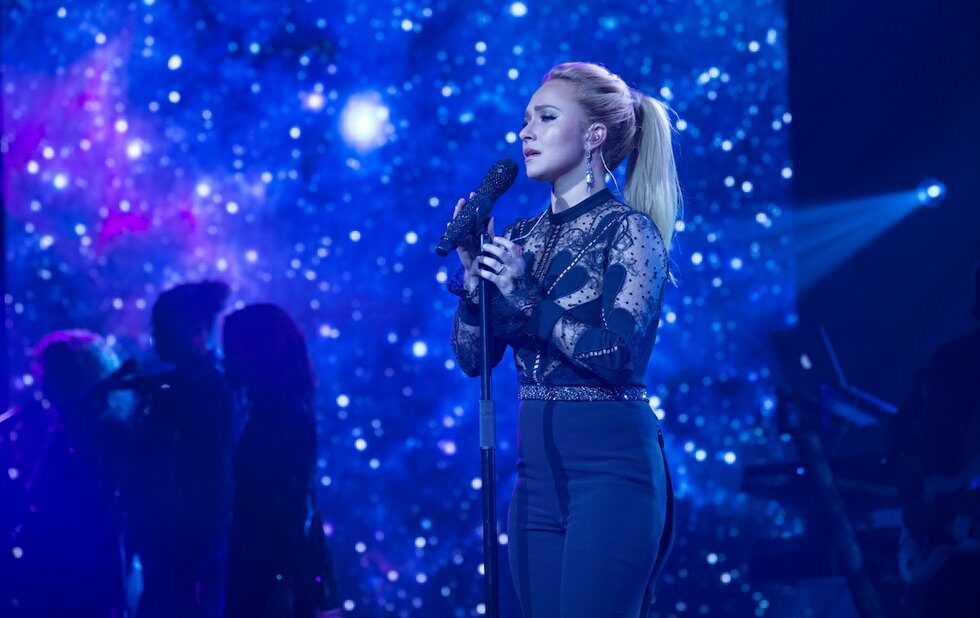 NASHVILLE (season 6), airing Wednesdays at 9 pm on W Network and streaming via wnetwork.com.

My love of country music used to be a big secret.

Being a queer woman of colour who is fan of country music is perceived as contradictory it’s a genre of music rooted in white supremacy, Christianity and heteronormativity from the American South. It was often easier to keep this love to myself than explain the contradiction.

But then I started talking openly about the musical drama series Nashville, which returned on January 4 for its sixth and final season, and realized the show’s fans are as diverse as Toronto Blue Jays’ faithful.

They include the quietest bartender I worked with, my ex-roommate who watched episodes while folding laundry after her kids went to sleep, my funny, fat-activist-turned-realtor friend and another friend who is a human rights lawyer.

None of these people have any affinity to country music. But they do love Connie Britton’s country superstar character, Rayna Jaymes. And if not Rayna, then at least her tension with former teenage star Juliette Barnes (Hayden Panettiere) and on-again, off-again romance with guitarist Deacon Claybourne (Charles Esten).

It’s the drama that hooks people: the well-written, strong female leads set against the world of Nasvhille’s country music industry. The show’s representation of issues like racism, homophobia and addiction has been refreshing and engaging to fans who want something different than what Hollywood has to offer.

When the character Will Lexington (Chris Carmack) came out, his struggles were portrayed realistically and with complexity. His friends embraced and supported him while others, including his father, rejected him. Luke Wheeler (Will Chase), the head of Will’s record label and a country music superstar, privately showed support but admitted he wasn’t sure of how to publicly support him without hurting his business. A few months later, Luke was ready to publicly support Will and did so. The character continues to experience support and dissent for being gay.

And, yes, the music is also great.

Like the best, most beautiful country music song, the show can tell a story simply and pull on our heartstrings.

After five seasons, one cancellation and the death of a beloved major character, I’m ready for these final 16 episodes to tie up loose ends. There would have been unfinished business if season five had been the last. We might get a happy ending – and there is still so much music to hear. (Warning: spoilers for the first two episodes of season 6 are ahead.)

The first season presented us with likeable characters and everyday problems: love, family, parenthood, independence, self-awareness. It was simple storytelling and an incredible soundtrack. By season two the plot twists became a bit much, bordering on soapy, and the music lost its magic.

I kept watching, but when ABC cancelled the show at the end of season four, I was sad but ready to let go. What else could happen in these people’s lives?

Then CMT in the U.S. picked it up for two more seasons (with new showrunners) and I couldn’t help myself.

It seemed like Britton was already moving on to more interesting projects. (She’s since appeared in Professor Marston And The Wonder Women and SMILF.) So it wasn’t surprising when Rayna died in a car crash midway through season five, but it also signalled the end was nigh.

Still, we deserve a final chorus. Having seen the first two episodes of the final season, I’m excited for the remaining 14. The dramatic crescendo is taking shape, and I’m singing along. Unlike many shows that are cancelled without notice, we have an opportunity to see these characters move away from pain, settle into relationships, open up to love and come closer to their dreams.

The first episode picks up where season five left off: Rayna’s older daughter, Maddie (Lennon Stella), is blossoming as a performer and her sister, Daphne (Maisy Stella), is doing regular teen-girl things. There’s harmony in the Jaymes-Claybourne household, though they miss Rayna.

Juliette and her husband, Avery (Jonathan Jackson), are committed to each other and raising daughter Cadence. The show now hinges on Juliette, who is embroiled in more drama. She’s been approached by a self-help guru, but some in her circle have warned that he leads a cult.

Meanwhile, singer/songwriters Gunnar Scott (Sam Palladio) and Scarlett O’Connor (Clare Bowen) have split romantically and musically but miss each other.

The music has changed, though. Maddie sounds more sophisticated and poppy, not country. Juliette is as truthful as ever though also less country-sounding. Gunnar’s music is still country though more “manly” as he explores a solo career and performs with both Will and Avery, a kind of country music boy band. Scarlett sings just as sweetly, just as country, just as vulnerably, as ever. She’s still my favourite.

I wonder if the shift toward pop is an attempt to reflect what’s happening in the music industry à la Taylor Swift: the new producers want the show and its music to  appeal to a wider audience.

The tone also feels smoother. I sense that tensions will abate and drama will be resolved. Everyone seems ready to leave their past hurts behind and make nice. Perhaps these characters will be loving each other more and fighting less, which I imagine will have me crying all season.

Last summer I visited Nashville. It was a trip I’d been planning since season one, but talking to locals made me feel ashamed to be there. I learned the series has played a part in overrunning the city with tourists and bachelorette parties. And good country music was hard to find.

Nevertheless, it was beautiful, and the people were warm and welcoming. While Nashville, the show and the city, defies assumptions some of us have about country music and Southern culture being ignorant, the country music industry and Nashvillians are ready to have their city back. And I’m ready for the show to bid us a fond farewell, hearts intact.