In the latest edition of our Superhero Nonsense column, Norm Wilner argues the Guardians Of The Galaxy director was sacrificed to appease trolls and bullies 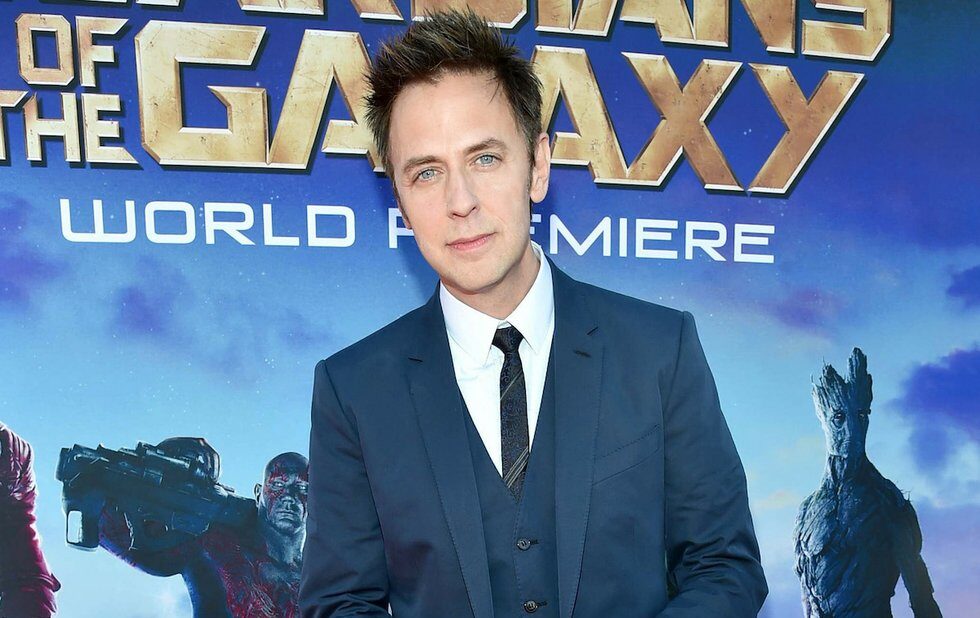 I try to avoid marketing as much as possible, the better to know as little as possible about a movie before I see it. So every year when Comic-Con rolls around and the studios drop a year’s worth of teasers, trailers and long-lead announcements… well, that’s my idea of hell.

Fortunately, this year I spent the weekend in a small village in Germany at a family wedding, away from the internet and isolated further by a nine-hour time difference.

Most of the big news broke while I was sleeping, and was pushed down my timeline by the time I woke up. (I did get to hear about Wynonna Earp getting picked up for a fourth season, though. That was nice.)

One story that didn’t go away, however, was Disney and Marvel Studios cutting ties with writer/director James Gunn over some old tweets that were dug up and circulated by right-wing barking head Mike Cernovich, and considered “indefensible and inconsistent with our studio’s values.” This constitutes major news for two reasons: first, Gunn is the man who makes the hugely beloved and highly profitable Guardians Of The Galaxy movies – the third of which was set to go into production later this year – and second, because it sets a very ugly precedent, but not for the reasons you might think.

Before we go any further, I should reiterate that I do not condone asshole behaviour of any kind, and that the entertainment industry’s current housecleaning is long overdue. But the Gunn situation is a different animal – it’s a right-wing hit job.

Gunn started out as an edgy, transgressive shit disturber – or at least he spent a lot of his early career playing one. He wrote movies for Troma Films, which built its entire reputation on offending people, and he made gross-out splatter effects a cornerstone of his early features Slither and Super. But the role never really suited him his heart lay in the weird, sweet relationships of his 2000 superhero comedy The Specials, or in the subtle emotional layers of his script for Zack Snyder’s supercharged Dawn Of The Dead remake. You could always tell when he was trying too hard, and when he joined Twitter, he definitely tried too hard.

But yes, he posted those tweets. And he has apologized for them, and it appears Disney was fully aware of them. But they were news to Cernovich’s readers, and the right-wing outrage machine went into full gear over them just in time for Comic-Con. By Friday, the studio had cut ties with Gunn, acting swiftly and decisively – the way you’d want them to do if confronted with evidence of genuinely awful behaviour. The way they did with Roseanne Barr over her racist tweets back in May.

The difference between Barr and Gunn, of course, is that Barr’s hateful actions were taking place in the present day, and provided a clear breaking point after years of unpleasant and abusive behaviour. Barr was also a darling of the right, being a vocal supporter of President Donald Trump. Gunn, on the other hand, has been a very vocal critic of Trump’s, making him an easy target for Cernovich and company. It’s payback, pure and simple: you took out one of ours, we take out one of yours.

(Weirdly enough, it’s the #MeToo scenario people like Matt Damon have been awkwardly offering up as a worst-case scenario: a clumsy joke deliberately taken out of context to ruin someone’s career.)

Again: yes, the tweets were dumb, and in a different news cycle Gunn could have probably ridden out the storm of, well, fake news. But we’re in a place where everything is basically on fire all the time, and with Comic-Con looming Disney panicked and fell for the scam.

And now they’re energized. Cernovich followed up with a list of other “offensive” celebrities that just happened to include Patton Oswalt and Michael Ian Black – people who defended Gunn and also happen to be high-profile progressives who’ve spoken out against Trump and his water-carriers. As the comedian Anthony Jeselnik pointed out, if someone were to combs through his timeline looking for offensive tweets, they’re going to find them pretty quickly.

Gunn, to his credit, has been pretty up-front about his responsibility in all of this, owning up to the tweets and apologizing all over again. His brother (and frequent cast member) Sean posted a Twitter thread that connects some interesting dots between Gunn’s time at Troma and the unexpected richness of the Guardians movies. And the Guardians stars are starting to speak out in his defense: Dave Bautista and Zoe Saldana very strongly, and Chris Pratt in more qualified terms.

Hopefully, Disney and Marvel can find a way to reinstate Gunn, if only to send a clear message to Cernovich and the rest of the trolls – because this is bullying, plain and simple, and Marvel in particular has this one guy whose entire deal is about standing up to bullies.

Hell, I’m writing this on a seven-hour flight back from London it’d be really nice if I landed and found out I had to write a different column instead.

UPDATE: nope. Although Bautista is definitely pushing back even harder on the whole coordinated cyber-nazi attack thing. Let’s see where that goes.