Interview: Jann Arden wants to make you cringe with her CTV show 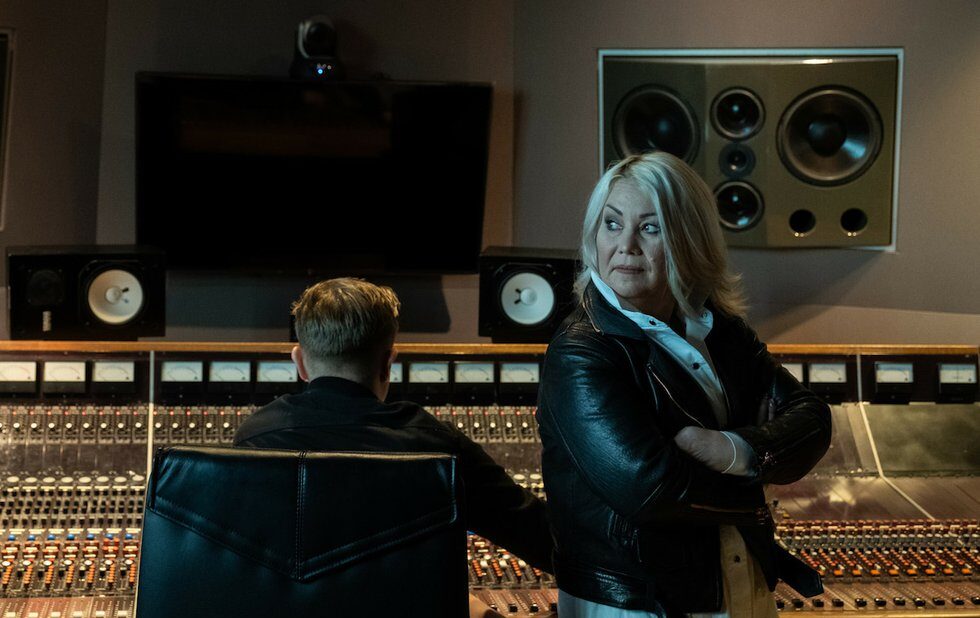 A narcissistic, washed-up celebrity will do whatever it takes to return to the spotlight it sounds like a familiar setup for a TV show. The twist? The celebrity is Jann Arden, the Calgary-born singer/songwriter who has been a fixture in Canadian music for three decades.

CTVs Jann, which began a six-episode run on March 20, stars Arden as a fictionalized version of herself attempting to reignite her music career. The premise offers plenty of opportunity to satirize the industry in a classic cringe comedy that follows its star with documentary-like floating cameras.

But Arden and co-creators Jennica Harper and Leah Gauthier use the celebrity angle to tell a deeper story about an ambitious woman juggling family and career responsibilities. Think Curb Your Enthusiasm meets The Comeback except, unlike Larry David or Lisa Kudrow’s Valerie Cherish, TV Jann is hard up for cash.

In the first three episodes, Jann gets arrested but fails to go viral, records a womens empowerment anthem and is sampled by The Weeknd. It all sets up a more serious storyline inspired by Ardens real-life mother, who passed away last year after struggling with Alzheimers.

Of course, Arden (the real-life version) is hardly washed up. Last year, she released her 12th studio album, These Are The Days, via major label Universal Canada. She also co-hosted a lifestyle podcast and published her memoir. And unlike TV Jann, she has no problem generating headlines via social media.

When we meet at Bell Medias Queen West headquarters for an interview two days before the shows premiere, Arden turns on the charm, but it never feels forced. She repeatedly thanks me for NOWs glowing review of the show and when her publicist grimaces at the bubble tea shes pressured him into buying, she jokes that he must not like sucking on balls.”

Arden is a fan of dark comedies. Though The Comeback is an obvious comparison, she cites Phoebe Waller-Bridge’s Amazon Prime Video series Fleabag as an inspiration.

“Struggle is relatable,” she says. “I dont want to see someone win all the time. It doesnt seem appealing to me.”

Arden is 99 per cent positive the show will get picked up for a second season.

I feel like we accomplished what we needed to do,” she says. “It was a lot for the writers in six episodes. We had to find a tone, find the speed of the show and figure out how much of an idiot TV Jann is.

Why portray yourself as washed up? You dont seem washed up.

The magic of making people laugh is a painful thing. For me to play someone whos successful… I dont find that interesting. [But] playing me was an 11th hour addition from Bell. Originally I was, like, “Nancy Smith a character, not myself.” One of the original working titles was Will You Remember Me? We got the call from upper management close to shooting like two months out and it was like, Bell wants you to be Jann Arden. I didnt argue.

It made sense from a branding point of view and a marketing point of view. I dont particularly like TV Jann that much shes narcissistic and she doesnt really care what other people think. She doesnt care that her actions are hurting peoples feelings. She doesnt understand her sister is completely overwhelmed. It was more interesting to play that.

Do you relate to any aspects of narcissistic TV Jann?

I really am not narcissistic. Im not a mean-spirited person. Ive had the same friends for 45 years and I live in a rural part of Alberta. Most of my family is dead, so its nice to have a family [on TV] thats still alive! To have a mother with dementia is probably the closest part of the story for me. [The mother] Nora is just starting down the road of dementia, but its still quite funny.

Was it hard to relive that?

A little bit. There were a couple of scenes that were like, Oh my God, get me through this, but I love the polarity of having a laugh and watching something that is heartfelt and difficult. Its not pleasant to watch somebody forget who they are, but there is a lot of humour in it, too. When I started down the road both my parents had dementia and Alzheimers I was very ashamed of them. I was ashamed when I had my mum in public and she was repeating herself, doing weird things or stealing things off the shelves in Shoppers Drug Mart and putting them in her purse.

Have there been any scenarios the writers came up with that you vetoed?

Not so far. I was pretty game. There were some lengthy monologues. I would look at the script and go, You need to cut this thing in half. I cant memorize all that. If anything was preachy and wordy, because I was a creator on the show, I could go, Please dont give me two minutes of Braveheart dialogue.

The show sends up the music industry, particularly the way women are treated. In one episode you record a lyric for a We Are The World-type female empowerment anthem. How real was that scene, compared with experiences youve had?

Pretty real. We really blew it out of proportion. My guitar player and I wrote the song for it and I said we have to write something ridiculous. Something thats too high for me. I just wanted to play with the fact that I was on the other side of the mountains, career wise. [The producer in the scene] says, Its Shanias key so lets try and get up to her level. Its that whole come-to-Jesus moment. Then this beautiful girl comes in wearing a tube top and does [her part] in one take. Thats how its done. And then I carry on with my life.

In literature or film, when an artist ages their experience is valued, but in the music industry experience that comes with age seems devalued. Would you agree with that?

Its changing slightly. There are so many women that have busted the bag off that. Cher is 72 years old and headlining Vegas. I feel more valued now. I feel like Im just getting started in a time where women are still marginalized and put out to pasture when their sexuality is deemed not useful because theyre not of childbearing age anymore. When people are supposed to be retiring, Im just coming over a hill where, contrarily, all I see is power with time now.

When youre in a situation similar to that recording session, do you call out overt or casual sexism? Or is that a dangerous thing to do?

I feel pretty lucky in my career. Ive had way more trouble with women than I have with men women in administrative positions or women who are running marketing departments at labels. The men were never hard on me. The women were extremely hard on me. Is that what youre wearing?” Id be, like, Uh… yeah?

I remember doing Letterman early in my career. I just wanted to wear jeans, a T-shirt and a jacket and just be myself. I will regret this until the fucking day I die: this woman named Laura I wont say her last name was like, Mmm, no. So they got this stylist who knew nothing about me, gave me a weird haircut, backcombed my hair and put me in this really weird shiny blue Donna Karan suit, which is now in the National Music Centre. Im like, Here! Take this! Put it in a glass case and never let it fucking out!

I hadnt come into my power, so when I think about myself now, theres no way that would happen to me. Theres a lot of power in the word no, and if something feels uncomfortable, say no. But its precarious because there are people that want to get ahead so badly theyre willing to do anything, and theyre afraid if they do not comply which is where #MeToo came from theyre not going to get the opportunity. That is still very much alive and well, trust me.

TV Jann dates men and women on the show. Was it important to make her sexually fluid?

Labels are so passe. The kids know that now, too. Theres one line in the show where Im going to meet up with my guitar player Reggie, and [the manager character] Cale says, I thought you were into women? and I say I date who I like. Its the only time itll be addressed in the series. Its important to have something that is very relatable across the board. There are people in small towns that are struggling. I want them to see themselves on TV or see a character that they can go, “Yeah, thats how I feel.”

Ultimately the show is about a woman balancing career and family. Its a familiar theme, so what do you hope this show adds to that narrative?

The difficulty that presents in navigating life youre damned if you do, and damned if you dont. Theres something about women that choose work over family. If a man were to do it, I think it would be a very clearcut no problem. Socially for me as a woman and I have no responsibility except unto myself to forsake my nieces, my mothers illness and my sisters pregnancy, I wanted to show the difficulty of that kind of decision.

I personally do not have a friend thats like, Everything is great. A lot of them are really struggling in long-term relationships, with health issues or kids that arent doing well in school. I still want to explore mens social roles. This show is about a woman struggling to find a level place to stand.