Kathryn Bigelow 101: a guide to the Detroit director’s career evolution 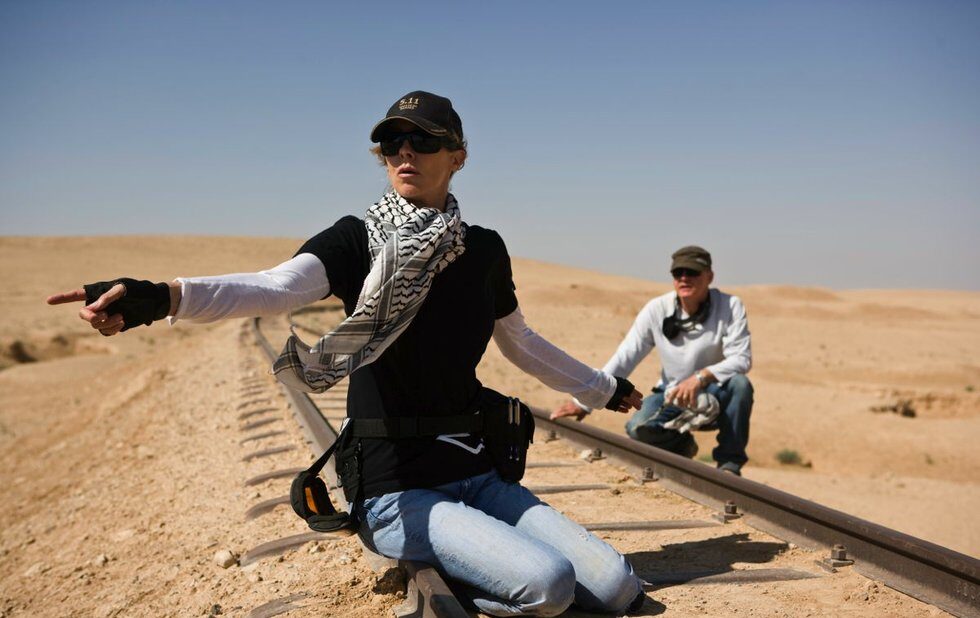 Kathryn Bigelow on the set of The Hurt Locker.|Jamie Lee Curtis in Blue Steel|Jessica Chastain in Zero Dark Thirty

In advance of her new thriller Detroit, which opens August 4, TIFF Cinematheque is mounting a salute to the Oscar-winning producer/director, screening seven of her nine previous features (and all but The Hurt Locker in 35mm). Here’s a look back at 30 years of Bigelow, grouped thematically for your convenience.

When Near Dark opened 30 years ago, all anyone knew was that it was a horror movie reuniting Aliens co-stars Lance Henriksen, Bill Paxton and Jenette Goldstein as cool-looking vampires roaming the American badlands. And then we saw it, embracing it as a visually stunning, brutally effective reinvention of bloodsucker mythology that also plays with gender roles, sexuality and the lore of the South. The wistful romance between Jenny Wright and Adrian Pasdar contrasts with the cruelty of her undead clan. And then there’s Paxton, who is as delightful here as he was in Aliens, but to a very different purpose.

If Near Dark established Bigelow as a genre director to be reckoned with, Point Break – produced by then-husband James Cameron – demonstrated her willingness to go all the way over the top, turning a simple action movie about an FBI agent who infiltrates a gang of surfers to find out if they’re also super-sophisticated bank robbers into a delirious, overheated celebration of explosive homoeroticism that now plays as a self-aware parody of action-movie excess. Are Keanu Reeves and Patrick Swayze in on the joke? Well, compare their performances to the way Paul Walker and Vin Diesel approach the exact same roles in The Fast And The Furious a decade later. 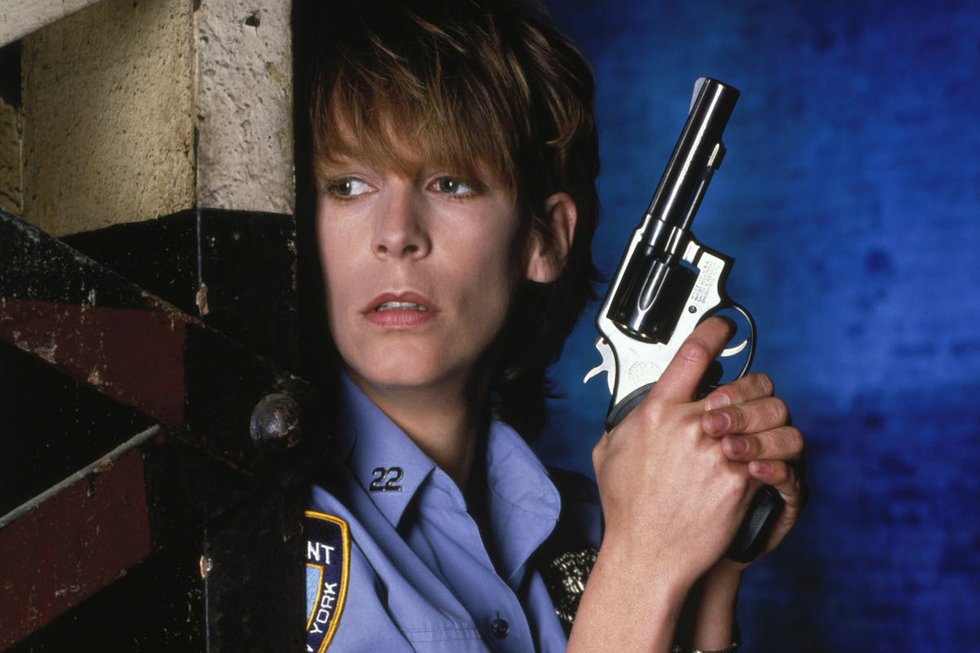 In between Near Dark and Point Break, Bigelow made this nervy thriller about a rookie cop (Jamie Lee Curtis) who loses her gun in a shoot-out and the well-to-do sociopath (Ron Silver) who finds it and becomes obsessed with her.

Dismissed at the time as a slasher movie dressed up in a police uniform, nearly three decades later it plays as a remarkably prescient study of a woman insisting she be heard – and believed – by her male superiors. It’s one of Curtis’s best performances and one of Bigelow’s strongest films. If you’ve never seen it, brace yourself.

Their marriage ended around the time Point Break came out, but Bigelow and Cameron made one more movie together: Strange Days, a 1995 thriller starring Ralph Fiennes as a tech hustler who finds himself at the centre of a deadly conspiracy as Los Angeles races toward the new millennium.

The story’s reach exceeds its grasp, culminating in a messy climax with a too-soon evocation of the Rodney King beating – but it’s slick and gorgeous, with Bigelow finding the ugliest possible use of the virtual reality McGuffin that drives the story and deploying it to powerful effect.

For all its flaws, Strange Days is still far more satisfying than 2002’s K-19: The Widowmaker. The true story of a doomed Russian nuclear sub was supposed to mark Bigelow’s return to complex, urgent storytelling after the failure of her indie drama The Weight Of Water (see below).

Instead, it’s a dull, stage-bound affair (shot in Toronto, not that you’d ever know it) with a bored Harrison Ford out-acted at every turn by supporting players Liam Neeson and Peter Sarsgaard.

It tanked, and deservedly so. 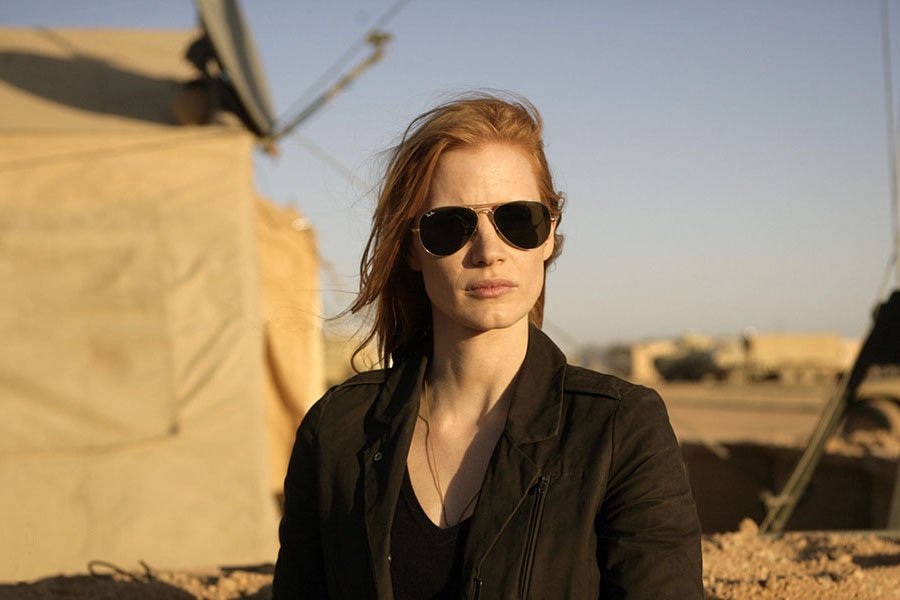 After spending a few years working in TV, Bigelow returned to the big screen in 2008 with The Hurt Locker, a study of bomb disposal personnel on the ground in Iraq.

Starring Jeremy Renner as a gung-ho IED tech whose swagger frankly terrifies his support team, it’s a stripped-down, almost experimental thriller where the only enemy is over-confidence, and violent death hovers just at the edge of the frame. Debuting at Venice and TIFF in the fall of 2008, it went on to win six Oscars, including best picture and best director – making Bigelow the first woman to win the latter prize.

For their next project, Bigelow and writer Mark Boal went bigger and deeper, telling the story of the hunt for Osama Bin Laden through the eyes of the woman who found him – a fictionalized CIA analyst played by Jessica Chastain.

We know how it ends, of course, but that means we also know when the characters are chasing bad leads, and what will happen as a result. With its lean, focused storytelling, its fascination with the sharing and withholding of information and a driven female protagonist pushing against an entrenched masculine power structure, Zero Dark Thirty plays like a synthesis of everything Bigelow’s ever done.

Five minutes in, you’ll know no one else could have made this movie.

The Loveless and The Weight Of Water (not screening)

Kathryn Bigelow: On The Edge is a solid retrospective, but not quite a comprehensive one.

Her first feature The Loveless – a retro biker drama starring a young Willem Dafoe on which she shared writing and directing credits with actor/producer Monty Montgomery – is absent, and so is 2000’s The Weight Of Water, an indie starring Sean Penn, Catherine McCormack, Katrin Cartlidge and Sarah Polley.

I’m not surprised The Weight Of Water is missing, as Bigelow herself seems to want it to be forgotten. An adaptation of Anita Shreve’s novel about a photographer who becomes obsessed with a century-old murder case, it struggles to find a coherent tone for its very different story threads, ending up far more muted than Bigelow clearly intends.

But given the presence of TIFF all-star Polley, who’s cited the experience of working with Bigelow as one that led her to embark on her own filmmaking career, you’d think it’d be worth including in a Toronto-based retrospective. Maybe they just couldn’t find a print.