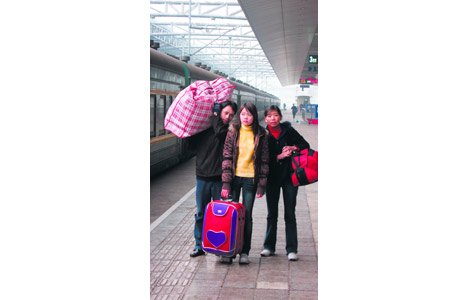 Every year, Suqin Chen and Changhua Zhan join the planet’s largest human migration, of 130 million people. At the new year, the two leave their big-city factory jobs and the tiny cubicle where they sleep to be reunited with their families in a remote village over 2,000 kilometres away.

This hard-working pair left for the city 16 years ago for only one reason – to provide for their families. But they’ve sacrificed any connection with their own children, leaving them, especially their 16-year-old daughter, Qin, with a profound sense of abandonment and palpable anger.

The core of the film, however, is a violent family argument back home, made all the more upsetting by Fan’s spectacular account of what it took for the two workers to get there.

The sequence tracking a sea of people on a long trek, made more gruelling by a power outage that’s messed with the train schedule, is like nothing you’ve seen before.

A must-see meditation on the human price the Chinese pay for the cheap goods we consume. The movie gets a wide release in late Februrary, but at these Doc Soup screenings (Wednesday, January 20, at the Bloor), Fan hits the stage to do Q&As.