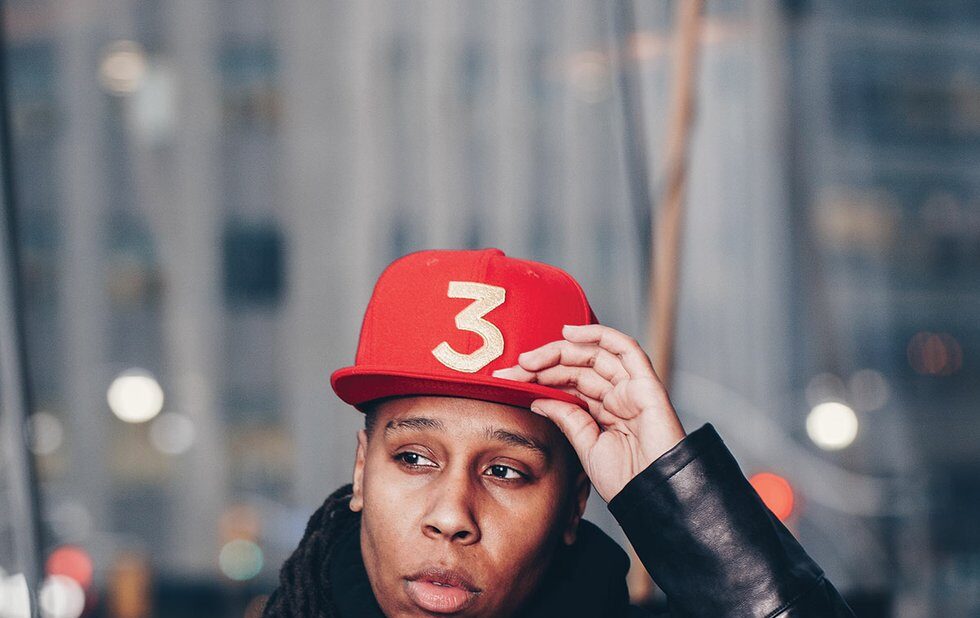 “It felt like no was really telling our story,” says Waithe, explaining the motivation behind adapting her own coming-out story for Aziz Ansari’s Netflix series. But the episode’s sublime mix of warmth, humour and specificity has been embraced beyond her under-represented demographic.

It even nabbed her an Emmy, making Waithe the first Black woman to win for comedy writing.

“I know that there are people who look at Thanksgiving who aren’t Black, queer or female and they go, ‘I see myself in that story’ or ‘I can see the humanity in the show.’ That’s when art is doing its job.”

Queer Black women play smaller roles in Waithe’s new show, The Chi. The sprawling drama, currently streaming on CraveTV, is about interconnected lives in the comedian’s hometown, with a focus on the issues facing African-American boys and men.

“I’m trying to paint an accurate picture of what it is to live in that world,” says Waithe. “To be Black to be a teenage father to be a kid to be a guy with a dream to be a dude who has a dream deferred.”

There have already been comparisons to The Wire, perhaps due to the crime and violence depicted in The Chi.

“I think it’s an easy comparison because it’s a bunch of Black people on a TV screen,” says Waithe, who notes HBO’s cops and criminals epic mapped out the legal system and how it worked.

In some ways The Chi is a response to the murder rate in Chicago’s South Side, using a procedural framework to track how an inciting act of gun violence ricochets through the community, affecting family, friends and strangers who otherwise have nothing to do with crime.

But more than that, The Chi is a love letter from Waithe to her neighbourhood and a tribute to the sense of community that binds the strangers within it. Queer black women may not be at the centre of The Chi, but the show feels just as personal as Thanksgiving.

“I write for my people,” says Waithe as she leans back into a couch at Nikai. We’re speaking just days after her appearance at the Golden Globes where she banded with fellow actors as part of the #TimesUp movement (and days before an anonymous female’s account of a dehumanizing date with Master Of None’s Aziz Ansari broke).

Waithe is wearing jeans, a hoodie and a ball cap. That’s not the kind of attire you would typically spot at the downtown Momofuku restaurant but it’s totally how you’d expect her to show up.

“Somebody could look at me and go, ‘She’s dressed black,’ or ‘She’s behaving in the stereotypical way of a black lesbian,’” says Waithe, whose words have a rare quality, being frank, thoughtful and gracious all at once.

“But this is how I feel most comfortable. This is my authentic self. I want the freedom to be that regardless of how someone interprets it.”

The Chi also feels like that extension of Waithe’s “authentic self,” and not just because the characters are shaped by people she’s known. The show’s best moments are the small intimate exchanges that never let up on the warmth while mixing tears with touches of screwball comedy.

“I can’t stop my comedic voice,” says Waithe, noting that this is the only drama she’s ever written and it could very well be her last.

“I also feel like Black people find joy in sorrow. That’s the only way we know how to survive. That’s how we were brought to this country: in sorrow. And we found joy in it. And that’s really what our culture is. I can’t help but depict that.”

What Waithe is depicting arrives at a unique moment.

The Chi is entering a landscape where there’s an unprecedented number of television shows featuring Black stories: Atlanta, Black-ish and Queen Sugar among others. With all these representations coming as cultural sensitivity remains high, we’re also starting to pay attention to how shows are being embraced and how Black performances can be exploited.

Last summer, a TeenVogue article turned our attention towards what writer Lauren Michele Jackson called “Digital Blackface,” where white social media users would posts gifs of black people like Real Housewives of Atlanta’s NeNe Leakes or Oprah, using their excited or exaggerated expressions for dramatic effect. Connecting this new trend to blackface, Jackson argued that it’s yet another form of appropriation.

“I don’t know how many of us think about the connotation of a person who does not look like us using a NeNe Leakes gif,” says Waithe, who admits to using those gifs alongside her friends, like, always.

“I don’t think any of us thought of the damage that might do because it’s a new problem. It’s a new age issue.”

I extend the issue to the reception around Tiffany Haddish’s hilarious performance in Girls Trip and her equally hilarious appearances on the subsequent press tour. I’ve grown increasingly suspicious about those whose embrace of Haddish far exceeds my own, especially since they are often the same people whose extreme love for Greta Gerwig’s delightful coming-of-age comedy also leaves me scratching my head.

Don’t get me wrong. I think Lady Bird is really good. But I also felt like I watched it at a certain distance because its cultural specificity (a very admirable trait) is so far away from my own. So how could the people who feel so close to Lady Bird also tout Tiffany Haddish as their queen?

I realize I’m segregating, and Waithe grows wary of my wariness.

“We have to be careful,” she responds.

Waithe compares Haddish in Girls Trip to Melissa McCarthy’s Oscar-nominated performance in Bridesmaids, pointing out that she enjoyed both (we’ll see if the Academy agrees). She then warns of a double standard.

“White people aren’t like ‘Oh, how we feeling about Black people laughing at Melissa McCarthy being a weird, eccentric, out-there character?’”

She adds that Haddish’s animated performances are not unlike who she is on the regular, and we can’t police how she’s received.

“I know we have a checkered past with it, with Stepin Fetchit, mammies and those sort of caricatures of us. I think it’s a new world order. It’s new territory that we’re exploring. I can’t pontificate about it because I don’t know the answer.”

As for Lady Bird, Waithe has already expressed in a previous interview how she’d love to see more movies like it made for Black audiences. But that doesn’t mean she didn’t connect with what Greta Gerwig put out.

“Yes, it’s lily white,” says Waithe. “Of course. But that’s Greta’s aesthetic. And I think that’s fair. My aesthetic is very Black. The Chi is Black. Thanksgiving is Black. That’d be like somebody saying, ‘Oh, Lena wears her Blackness.’

“But I related to the dysfunction, the love and hate between mother and daughter, and the frustration of where she fell in terms of the socioeconomic ladder. I know that feeling.

“Looking at Lady Bird, I’m getting a real sense of Greta’s story that I wouldn’t have ordinarily known, or that I may have judged by saying that she’s just some privileged white girl. That’s not her story at all. So it’s important for me to see her story, have a better understanding of where she comes from and realize that our stories are very similar.

“That, to me, is always the mission. That’s what art does. It brings us together and it tells us how much more alike we are, rather than different.”