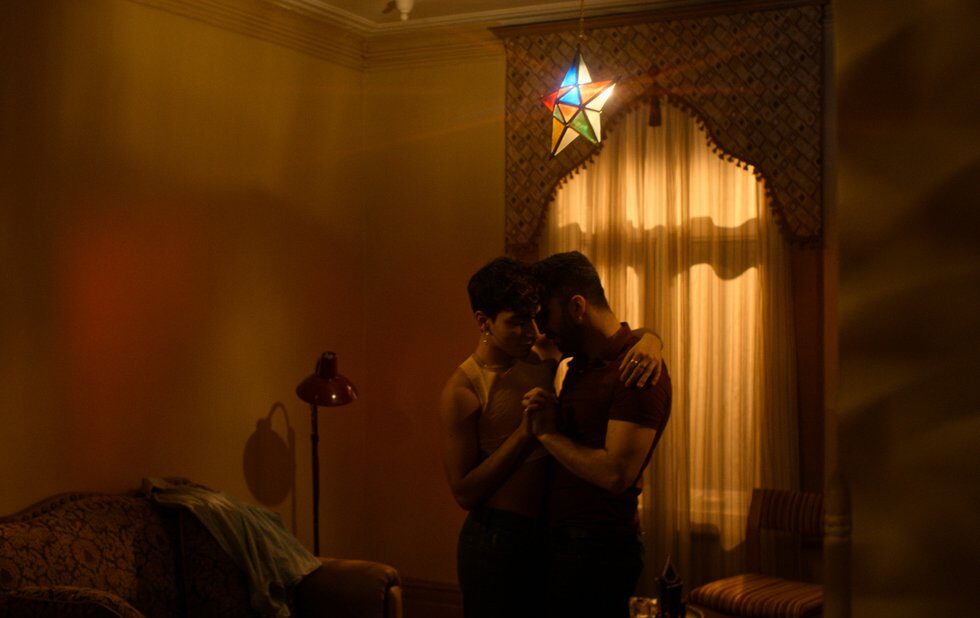 When NOW caught up with Canadian director Stephen Dunn to talk about his episode of Apple TV+’s Little America, he was on his way to the premiere in Los Angeles and should’ve been in a celebratory mood.

Instead, he had just found out one of his lead actors, Adam Ali, had been barred from boarding a flight to the U.S.

Ali, who is queer, plays a gay Syrian man in The Son, the final episode in the anthology series, which premiered on the streaming platform on January 17. He was reportedly turned away at an airport in Dublin on January 22 while en route to attend the premiere a day later.

Ali is a UK citizen, but was born in Libya – one of the countries targeted by President Trump’s controversial travel ban.

“He called me from the airport early this morning, crying,” says Dunn, his voice shaky with emotion. “He’s such an integral part of this story. He made a huge sacrifice, coming out and being part of this narrative. He did that to be the representation [on TV] that he never had growing up.”

Ali’s situation is the latest turmoil to hit Little America, which was co-developed and co-created by Lee Eisenberg and The Big Sick duo Kumail Nanjiani and Emily V. Gordon. The news came as Dunn, who directed the 2015 film Closet Monster, and his co-writer Amrou Al-Kadhi found out The Son has been banned from airing in 10 Middle Eastern countries and Russia.

A rep for Apple did not respond to request for comment to confirm the reported ban.

Little America is inspired by real immigrants and refugees living in the U.S. (Canadian filmmaker Deepa Mehta directed the pilot, about an Indian family facing deportation.) The Son is based on the story of Shadi Ismail, a Syrian man who was viciously attacked and threatened with death by his own father for being gay. In Dunn’s tender episode, Haaz Sleiman plays Rafiq, the loving-but-wounded son. He escapes from his family home to Damascus and finds a hopeful, enthusiastic and protective gay friend in Ali’s Zain, whom he follows to the U.S. The episode, which is about queer people finding community, gives Little America a powerful conclusion.

“Queer people are always trying to redefine what family means and what community is,” says Dunn, “because not all of us had that.”

He sees chosen family as the empathetic thread between queer and refugee experiences – Ismail’s story happens to be about both.

Dunn himself relocated after being kicked out of his family’s home in St. John’s, Newfoundland. The filmmaker found his community in Toronto.

“For the most part there’s a lot of alienation that you experience being queer,” says Dunn. “Although Rafiq’s story is specific to a queer Muslim experience, it is so universal in a sense that anyone can relate to some of its major themes.”

That’s why Dunn and his collaborators are devastated that queer viewers in countries like Egypt, Jordan, Saudi Arabia and Russia are unable to watch the episode.

“We’re getting hundreds and hundreds of messages a day from people who are desperate to see it and have no way to see it,” the director says. “You forget that this situation is extremely real and it affects millions of people around the world.”

Dunn points out that the show’s greatest impact is exposing viewers who may be homophobic to the humanity of queer characters.

“It really takes exposure – to know someone who is going through something – before you could really truly empathize,” says Dunn. “I believe in humanity and I believe that people really do care.”

But for Dunn, the episode’s misfortunes have made it difficult to celebrate Little America’s debut. The hatred and ignorance that the episode highlights is pushing back in real life.

“Now we’re in this situation where life is imitating art that is imitating life,” says Dunn. “This process has been so hard from the start.” 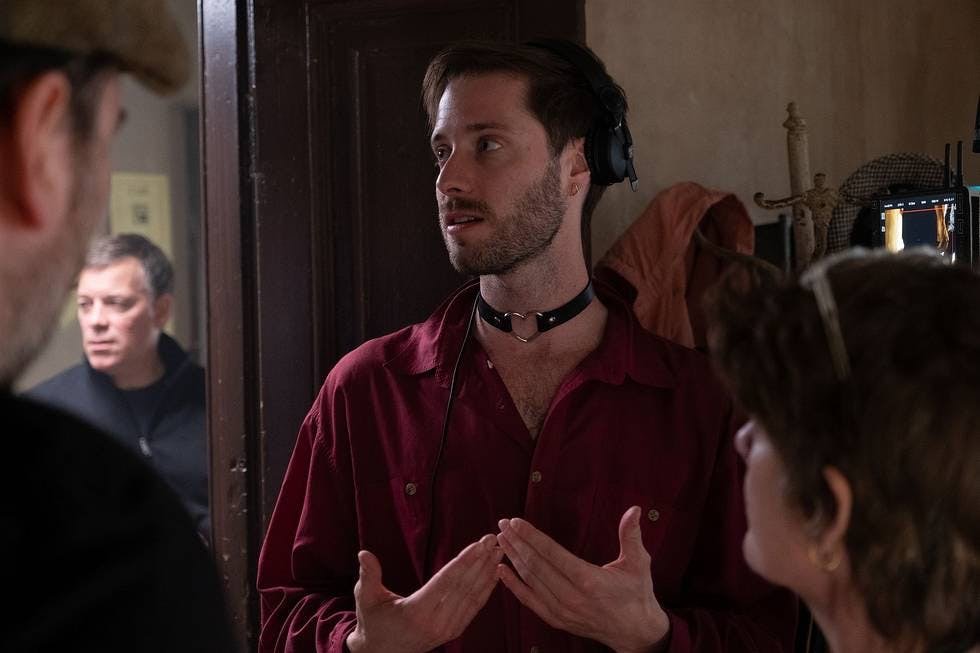 Getting the episode made was full of challenges. The first one was casting Ali. His Libyan birth certificate meant he could not acquire a work visa for the U.S. and Dunn refused to cast someone else. Instead, he moved the production to Montreal.

Dunn and Ali assumed the actor would be fine to travel to Los Angeles as a visitor with his invitation to the premiere. That turned out not to be the case.

On January 22, Ali began his trip to Los Angeles from Manchester via Dublin, having received his travel authorization, he tells NOW. In Dublin, he was separated from his agent, with whom he was travelling, at American pre-clearance and brought into a waiting room for questioning.

“Growing up as an asylum seeker with my family in the UK, we would often be in restrictive spaces with government authorities interrogating us,” he wrote in an email. “I instantly felt nervous.”

Ali showed customs officials his premiere invitation as well as an employment contract as proof that he would return. He describes himself as the ideal visitor except for one detail: he briefly visited Libya last year to attend a cousin’s wedding.

“The officer stopped questioning me, detailing the law concerning Executive Order 13769,” Ali wrote, adding he is maintaining and optimistic and resilient attitude.

“There’s always tomorrow, right?” he says. “I was drawn to my character Zain for [his] ability to find the light in darkness. It’s much easier for me to compartmentalize and block out yesterday’s events, but I’d like to think it’s important to have a conversation, and being vocal is one way to do that.

“Being part of Little America, I’ve found a family who sees me and celebrates me,” Ali continues. “Cinema should be a reflection of our societies, so let’s ask for more representation our screens. The ‘travel ban’ ultimately stifles me the opportunities I can access, the stories I can play a part in telling. In order to contribute and bring something to the table, I believe you have to have a seat, otherwise it’s not a level playing field. As long as a blanket generalization exists such the one being enforced by the ban, millions of people like me today will be held back from being able to participate in changing the world.”