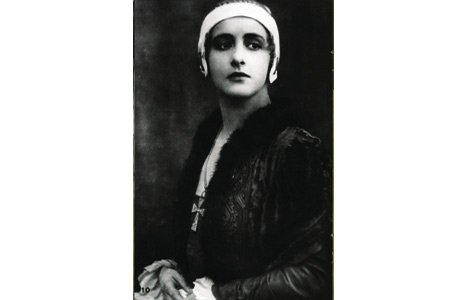 Less than two years after its comprehensive Max Ophuls retrospective, Cinematheque Ontario returns to the well to present a new restoration of his final film, the 1955 CinemaScope bauble Lola Montes.

Produced by the Cinematheque Francaise and premiered last year at Cannes, this new edition of Lola is more a facelift than a reconstruction. Christian Matras’s three-strip Technicolor palette has been given vivid new life, the widescreen aspect ratio has been expanded from the slightly cropped 2.35:1 of previous prints to its original 2.55:1 sprawl, and the two-channel stereo soundtrack has been remixed and remastered.

The movie itself is the same, a trip told in flashbacks through the scandalous life of the eponymous 19th-century courtesan (Martine Carol) and her relationships with Franz Liszt and King Ludwig of Bavaria, among others.

Andrew Sarris called Lola Montes the greatest movie ever made. I’d argue that it isn’t even the greatest film Ophuls ever made, given the existence of The Earrings Of Madame De… and Letter From An Unknown Woman. Compared to those films, Lola is almost garish.

But even though it now seems quite stiff, it remains essential cinema. It informs every widescreen costume drama that followed in the next 15 years, and the chronologically fragmented take on the title character, while commonplace now, was radical at the time.

Think of it as great vintage.

Screens Friday to Sunday (March 20 to 22) at Jackman Hall.